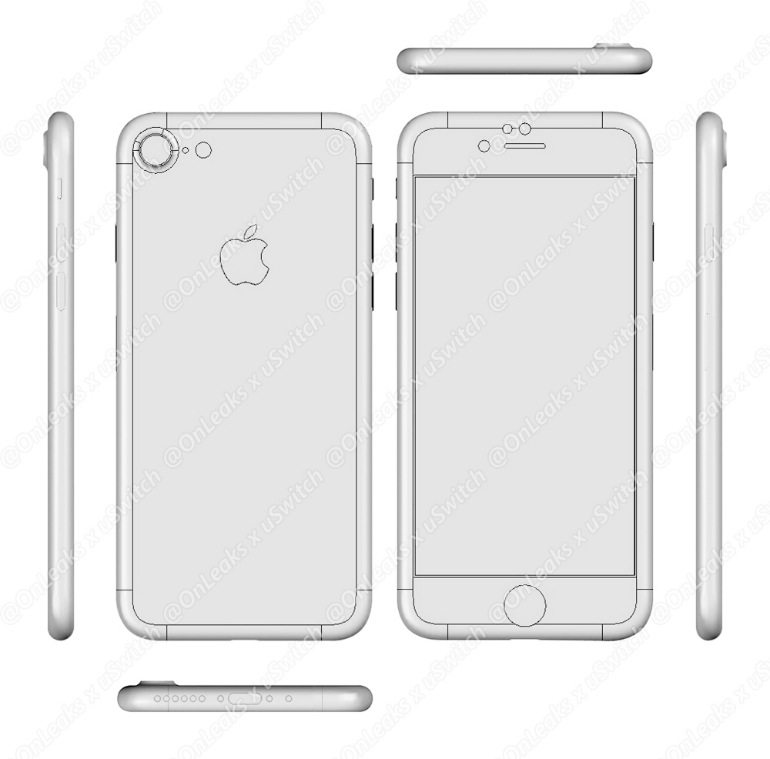 As you know, prior rumors have insisted that Apple’s iPhone 7 will arrive outfitted with the iPad Pro’s Smart Connector and a dual-speaker setup.

Hope you’re ready for some bad news though: design blueprints that surfaced today pour cold water on those rumors, suggesting strongly that the new phones won’t have stereo speakers. As for two compelling hardware additions—the Smart Connector and dual-lens cameras—they’ll be iPhone 7 Plus-exclusives.

Prolific gadget leaker Steve Hemmerstoffer of Nowwhereelse.fr published the drawings top of post via his @OnLeaks account on Twitter, in co-operation with uSwitch. The design blueprints were purportedly obtained from a source at Apple supplier Catcher Technology, which builds the iPhone’s and Mac’s unibody enclosures.

To differentiate the iPhone 7 Plus from the iPhone 7, the ‘Plus’ includes a Smart Connector on the rear and dual-lens cameras, neither of which are found on the standard-sized iPhone 7. That device will retain a single-lens camera on the back, as per these CAD drawings.

Both new iPhones still show a camera protrusion on the back, but the metal ring surrounding the rear camera lens is no longer present. As I mentioned before, the CAD drawings clearly show a single-speaker setup versus stereo speakers that prior rumors insisted would be found on the new iPhones.

A word of warning: these renders are 3-4 months old and are taken from Apple’s January testing stage. As such, they may not accurately represent the handsets that’ll start shipping to customers this fall.

Earlier this morning, KGI Securities analyst Ming-Chi Kuo issued his latest research note to clients, in which he predicts there won’t be an ‘iPhone 7 Pro’ model after all as Apple remains focused on producing a single iPhone 7 Plus model.

As per Kuo, the iPhone 7 Plus will have dual-lens cameras and include three gigabytes of RAM, a fifty percent more RAM than in the current iPhone 6/6s models. The extra RAM is needed so that the device can keep up with the increased bandwidth and image processing demands stemming from the dual cameras.