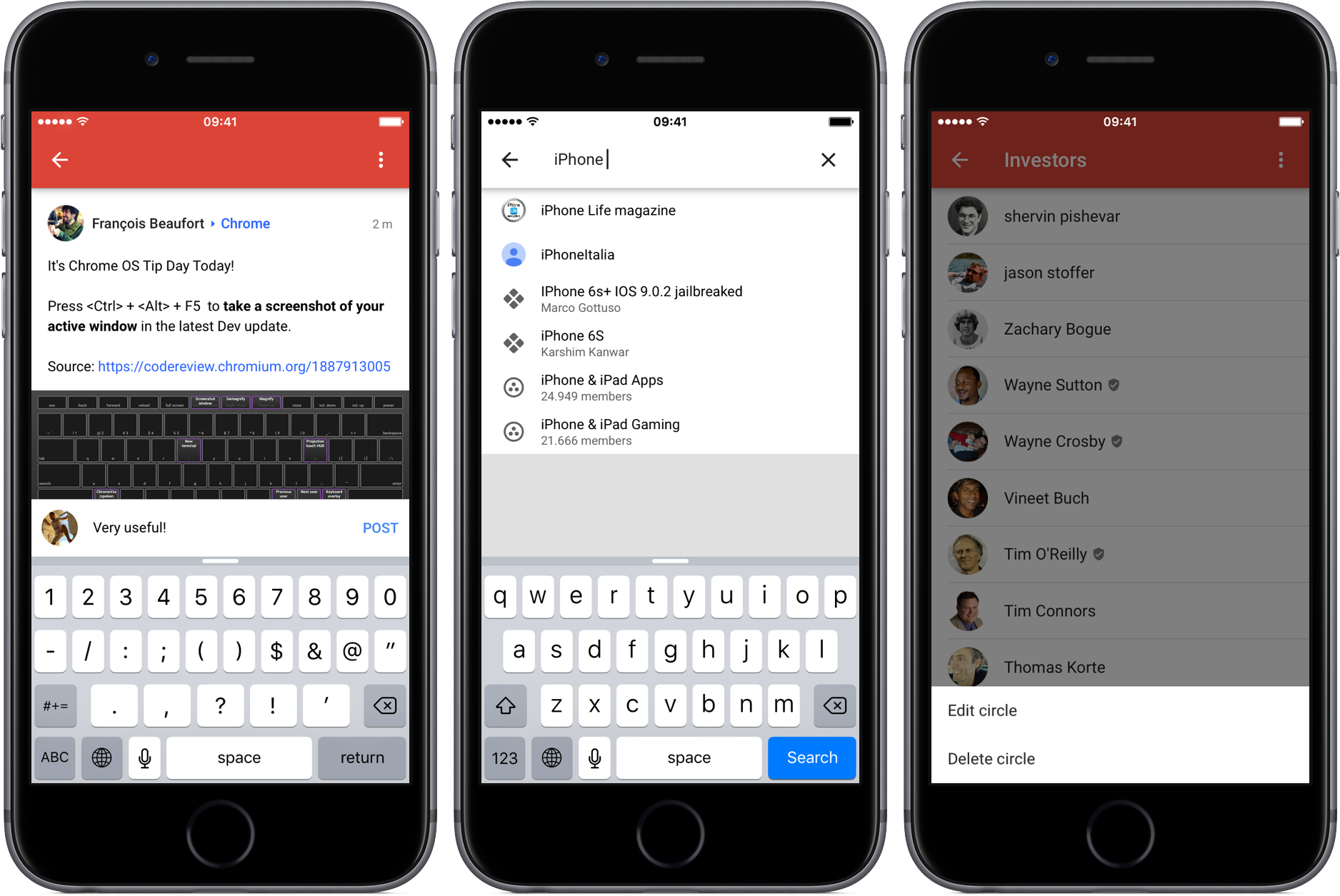 Google+, the search giant’s social thing, introduced a few new features in its mobile application for the iPhone, iPod touch and iPad, which can be downloaded at no charge from the App Store. Google+ 5.5 for iOS now includes search autocomplete, allowing you to search faster with suggestions appearing as you type.

The new Reply button on each comment lets you respond to posts with fewer taps and you can now create and delete circles from within the app’s People tab.

Other changes in this release of Google+ for iOS include the ability to see all your unread notification counts per account, as well as various bug fixes, accessibility fixes and stability improvements.

Previous Google+ updates have brought out such features as support for polls and full resolution photo uploads, the ability to download photos, respond to comments while viewing a post, view +1s, create and edit Communities, see recent posts from your circles, switch between multiple Google+ accounts and other perks like read/unread view for notifications, an optimized two-column layout on iPads and more.

Download Google+ at no charge on the App Store.