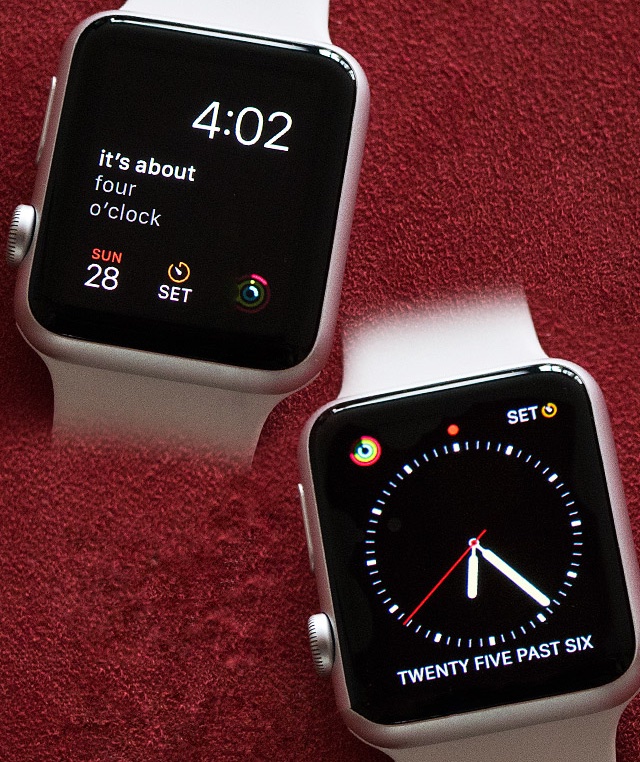 When someone asks you what the time is and you glance at your Apple Watch, are you one of those people who struggle interpreting clock hands on a standard analog watch face? How cool would it be if your Apple Watch displayed the approximate time in words, such as “ten to six”, “quarter past three” or “about five o’clock”?

That’s the problem that Roughly tries to solve. Created by Iain Anderson, Roughly is a complication that gives you approximate time, in words.

Available free of charge, it’s just fun for most people but I think some users may actually find Roughly genuinely useful.

Like other third-party Apple Watch complications, Roughly requires you to download the helper app on your iPhone. After installing the iPhone app, wait for it to install on your paired watch or install it manually via the companion Watch app on your iPhone.

If you use Roughly on a 38mm Apple watch, you might want to use the Modular face. On the 38mm Apple Watch models, the Utility and Mickey faces show only the hour as a digit because there’s not enough space for a word. For example, “twenty five past 12” may be shown on 38mm watches rather than “twenty five past twelve”.

Roughly supports the Time Travel function of watchOS for times within the next several hours. This let you turn the Digital Crown on the face to see many other times with their English-language equivalents, which kids and students of English may find useful.

Roughly works best if you load it on the Modular face in the central area or into the large complication area at the bottom of the Utility or Mickey face. If you marveled with envy at the Pebble, which has a face made entirely of words, this app is for you.

Imprecise time is a thing

So, why would you need a complication for your Apple Watch that tells the time in a natural English way instead of giving you an exact minute-by-minute readout? Aside from the fact that it’s just cool, some people may find casual time readouts more convenient and easier to comprehend.

Other people haven’t yet learnt to tell time effortlessly and quickly on a standard analog clock, and will find this app very convenient. Then, there are people who have difficulty comprehending numbers.

“Dyscalculalia is the numeric equivalent of dyslexia, and I hope people suffering from this condition will find Roughly to be useful,” Anderson wrote. If you like this app, you might want to check out a similar one, called Fuzzy Clock, which has versions for both the iPad and the web.

Roughly requires an iPhone with iOS 9.2 or later and an Apple Watch with watchOS 2 or later. The English-only app is available free of charge on the App Store.