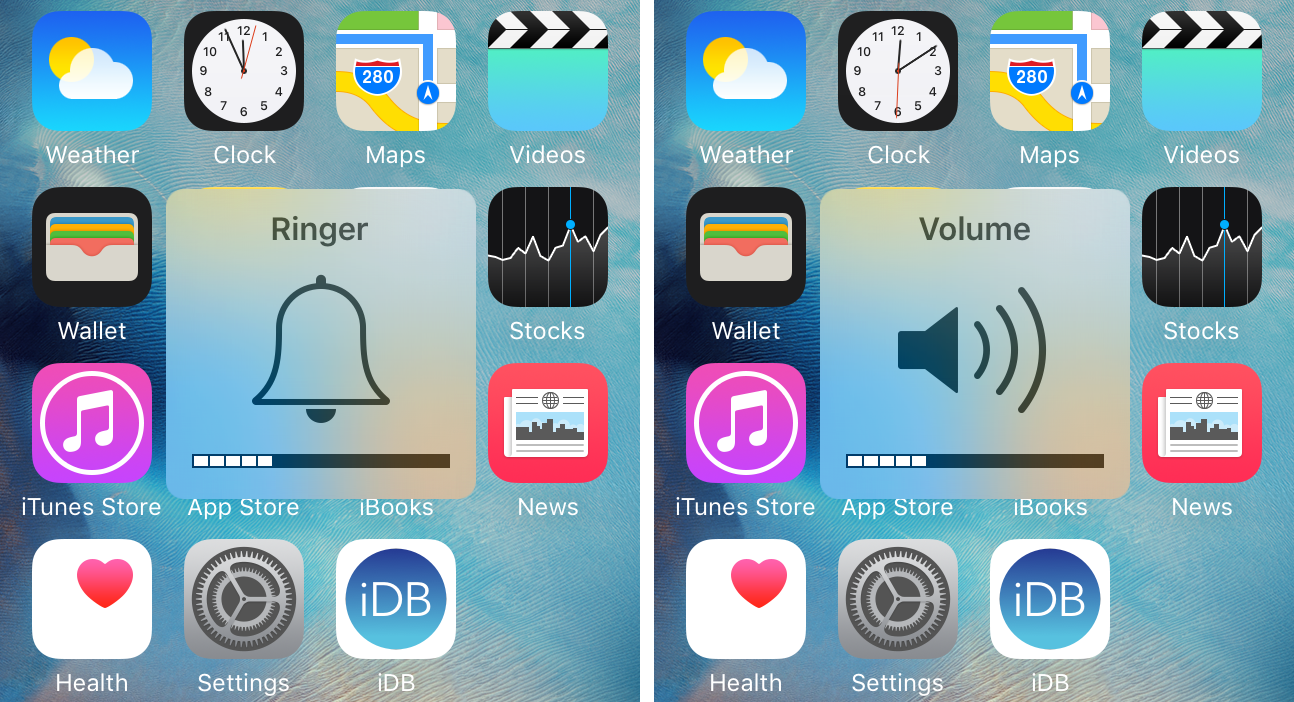 The only problem is, iOS likes to default to the ringer volume all the time, unless you have media playing. If you do, that’s the only time the volume buttons will actually change the media volume level.

If you don’t like that solution, then hold on to your seats, because we’re going to be showing you a new free jailbreak tweak called SwitchHUD, which takes volume switching to the next level by letting you manually toggle between the two at any time with an Activator action.

The problem with iOS volume

Every time I want to prepare my volume to watch a movie or listen to a song, my instinctive move is to press the volume up or volume down button. To my dismay, I always see that stupid “ringer” HUD come up, and it always reminds me that I need to open Control Center to adjust my media volume beforehand.

I really never liked the way iOS handled volume, because sometimes after watching a movie or listening to a song at a high volume, I’ll forget to reduce the volume when it’s finished, and the next time I go to use it, it’ll automatically be set to full blast and I’ll blow an eardrum out before I can even adjust it.

Of course, iOS lets you adjust the media volume of your device once media is finally playing, but at that point, it could already be in the middle of blowing your eardrums out. Doesn’t that sound wonderful?

After opening Cydia today, I discovered a new jailbreak tweak called SwitchHUD, which appears to magically rid me of this problem.

SwitchHUD integrates with Activator so that I can manually toggle between volume modes on my iOS device. This lets me choose what my volume buttons are going to adjust on demand, rather than opening Control Center to handle one type of volume and using the volume buttons to handle the other.

Now, I am able to set my ringer at a comfortable level for use 100% of the time and just use the ringer/silent switch when I decide I don’t want to hear it anymore, and this tweak lets me use my volume buttons for the media volume that I am frequently and intentionally adjusting when playing songs or movies.

The nice part about this is I can use my volume buttons 100% of the time to adjust either type of volume that I want to, whether media is playing or not. With a simple Activator action, I can toggle between the two.

SwitchHUD adds a preferences pane to the Settings app where you can toggle the tweak on or off on demand, as well as choose the Activator action that you wish to invoke to toggle between the two volume modes: 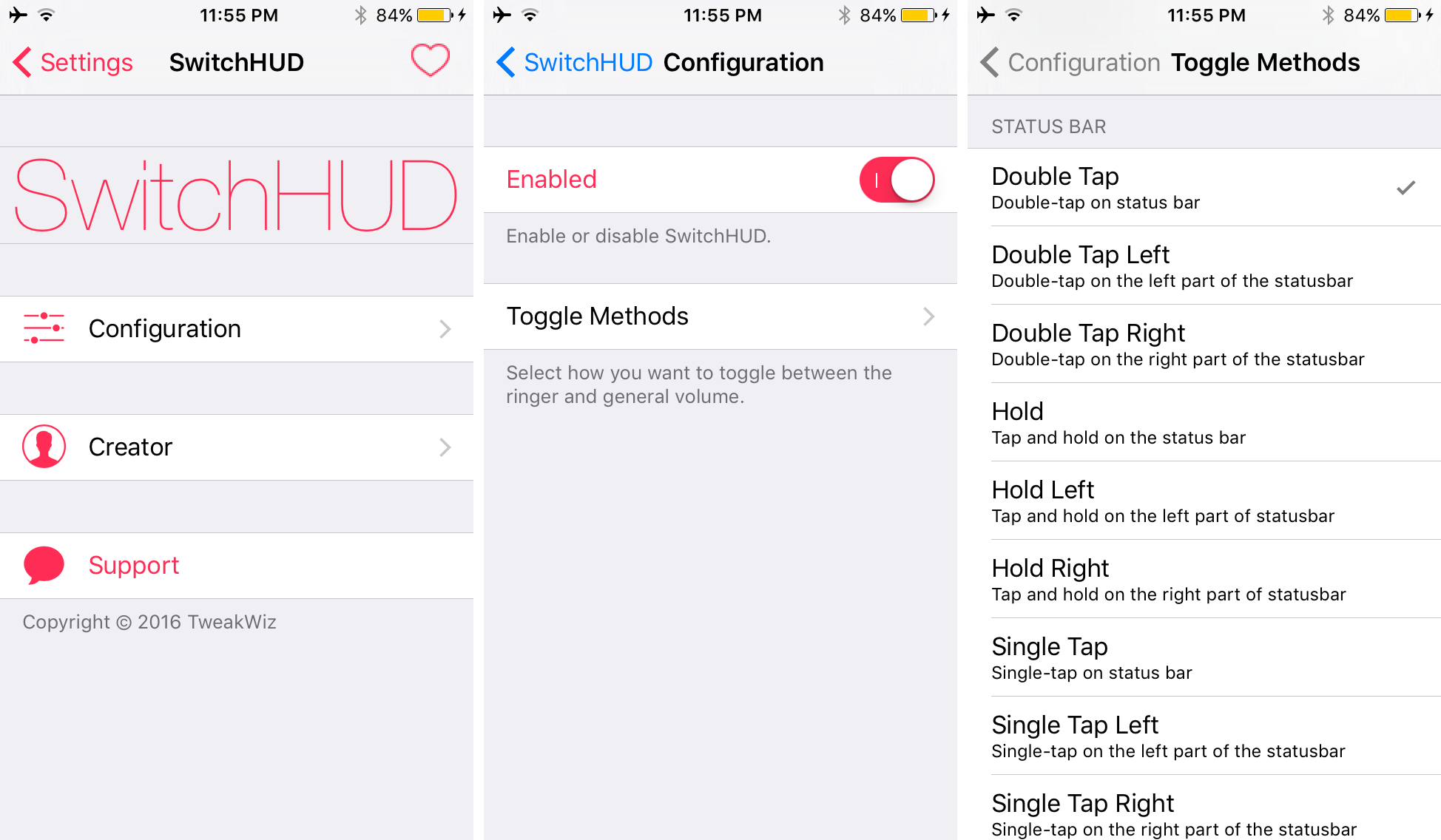 We’ve chosen double-tapping on the Status Bar for the Activator action because it’s something that you can do from anywhere in iOS, rather than from a specific part of iOS.

If I didn’t make it clear enough already, the volume settings on my iPhone have almost always been the bane of my existence.

On the other hand, I find that StatusHUD is a great way to have more control over what volume you adjust with your actual volume buttons on demand whether you have media playing or not.

The tweak gains come serious brownie points from me because it does something I really like, but the fact that it’s free and simple to use makes me say I have to recommend this tweak to everybody.

StatusHUD can be downloaded for free from Cydia’s BigBoss repository right now. If you want to have manual control over what volume you’re going to adjust with the volume buttons, then this is the tweak for you.

Also check out: Volume Mixer 2 lets you adjust all your iOS volume settings in one place

What are your thoughts on the concept behind StatusHUD? Share in the comments below!