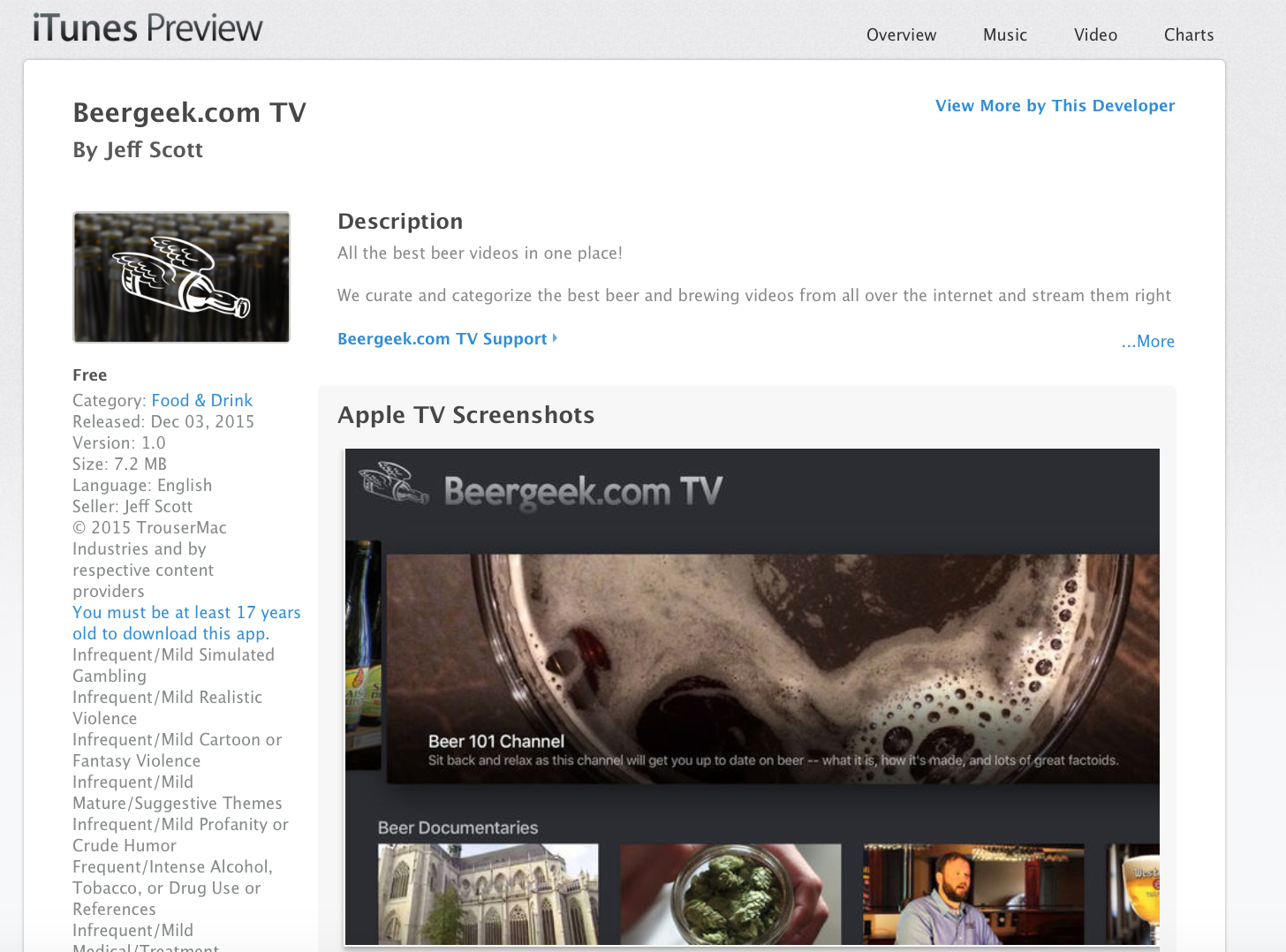 Apple has begun rolling out iTunes web previews for fourth generation Apple TV apps. The move, which was first spotted by Jeff Scott (via MacStories), will allow both users and developers to easily share links to Apple TV apps on the web.

It doesn’t appear that web previews are available for all apps yet, and it’s unclear which apps it’s working for—Apple isn’t advertising them anywhere. If you want to see what they look like, here’s a link to Scott’s app for Beergeek.com TV.

As you can see, the previews look a lot like their iOS and OS X counterparts. Oddly there doesn’t seem to be a Get or Buy button yet, which would allow you to download or purchase the app from your desktop, and links aren’t working in iOS.

Nevertheless this is a significant step in Apple’s effort to turn the Apple TV (tvOS) into a full-fledged platform. Launched last November, the fourth-generation Apple TV features a full App Store with support for apps, games and gamepads.