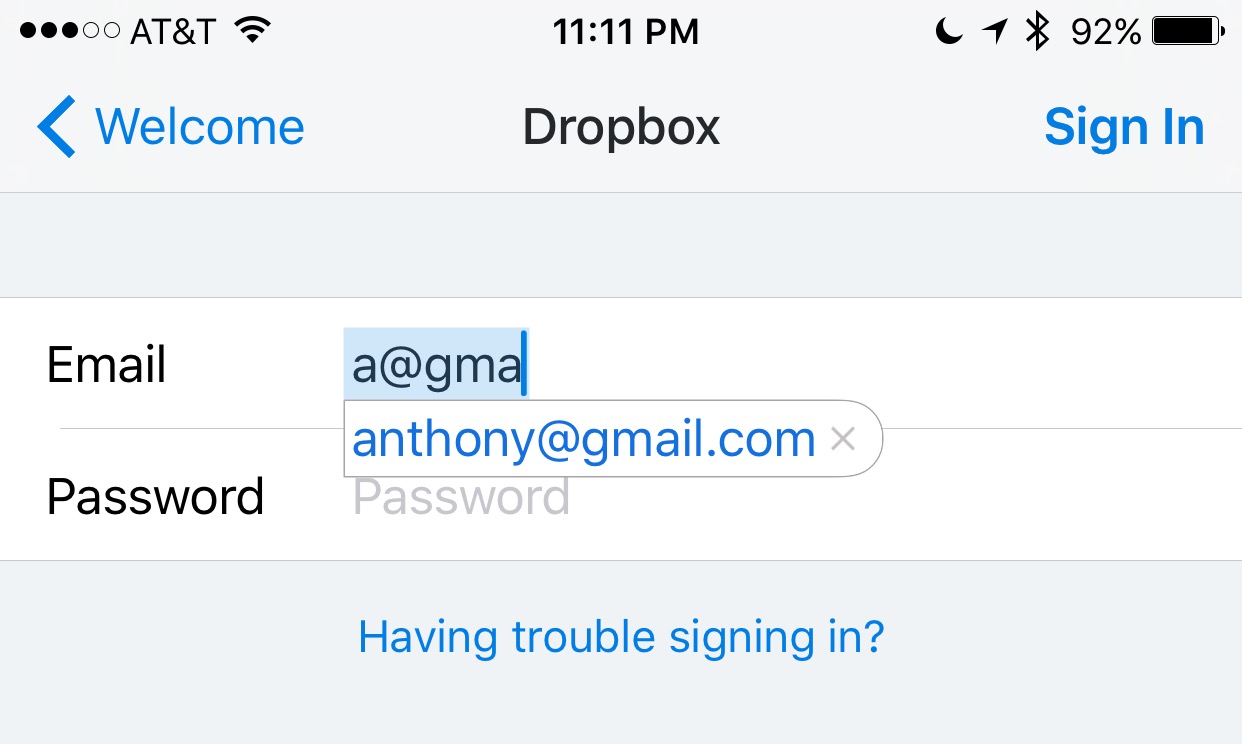 Email addresses can be long and annoying to type, especially when you’re one of those goofballs out there with the weird emails like iph0n3_fan_09325@emailaddress.com, or something else with a bunch of wonky characters you don’t care to remember or spend the time typing.

This is why when I came across this tip on how to make email address entry simple and fast from a friendly iDB reader, I wanted to share it with the rest of you.

Trying to enter email addresses on a little touch screen can be cumbersome. In the Mail and Messages apps, it’s not so bad because when you begin to type an email, suggested contacts that you’ve messaged before will show up and you can tap on them without typing their email address any further.

On the other hand, many apps use personal accounts that use an email address for logging in, and in those apps, there’s no suggestion list to pick your emails from. As a result, you have to type it in manually just to log in or to create an account.

Fortunately, iOS comes with a really handy feature under its keyboard settings called Text Replacement. You can use this feature to make entering your email address (or someone else’s) significantly easier.

You can get to this feature from Settings > General > Keyboard > Text Replacement. 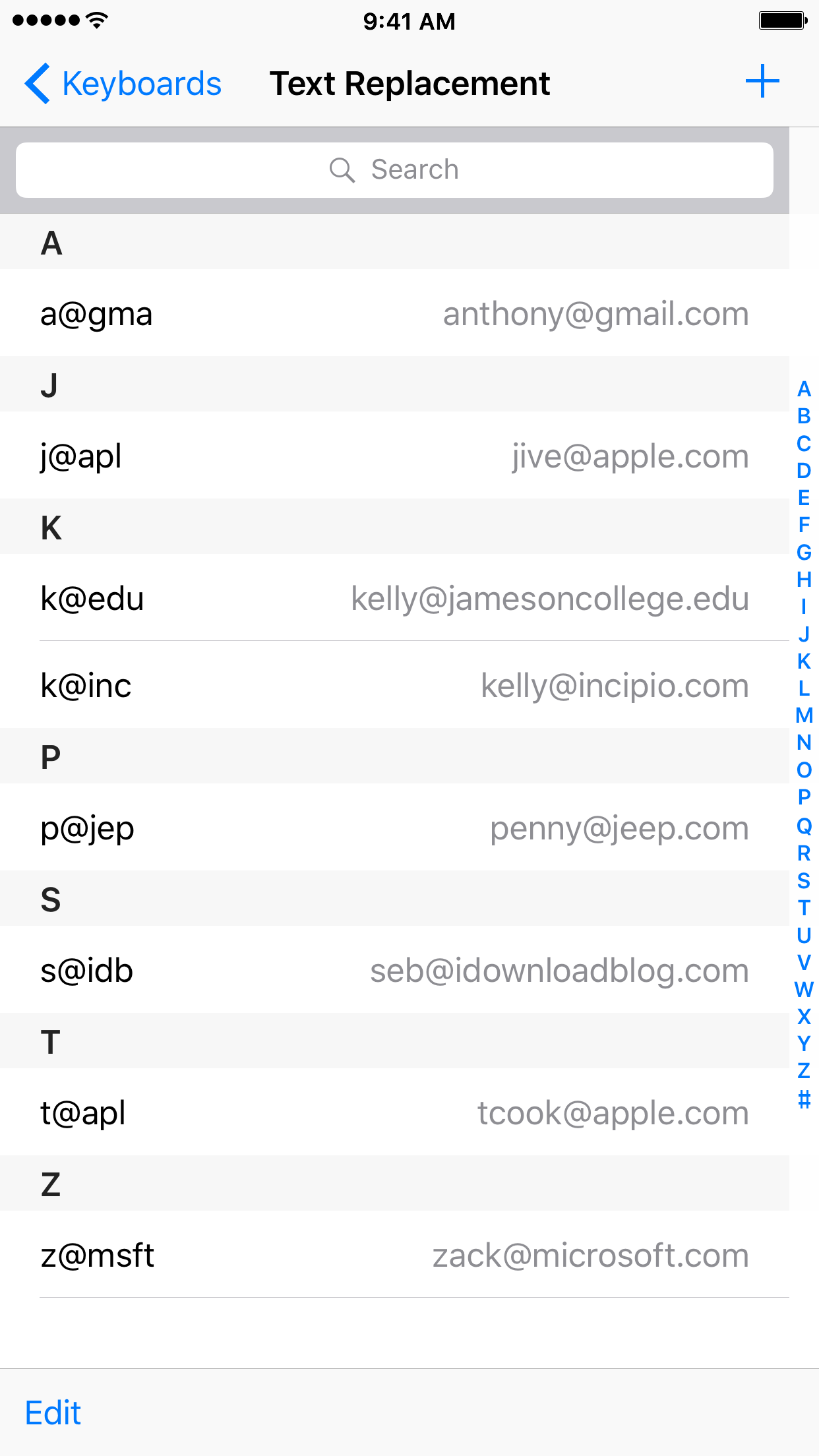 Once you’re there, you just tap on the + button at the top right of the navigation bar to add a new shortcut. When you do, you’ll be prompted to enter the phrase you want, as well as the shortcut you’ll use to enter it: 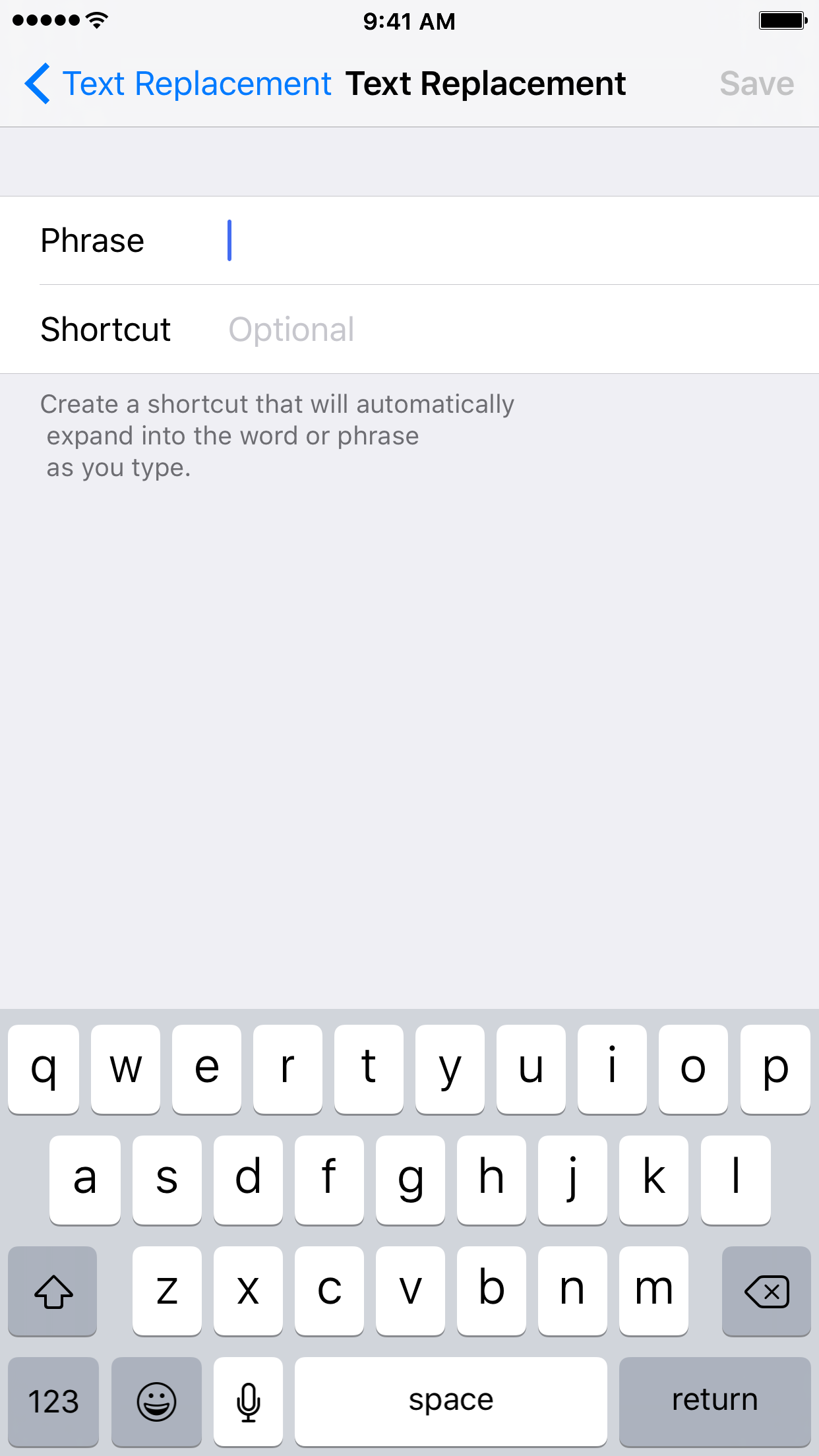 Despite it being useful in these situations, it’ll still come in handy when you’re using the Mail and Messages apps. You can still use your shortcuts when typing in the To or From fields.

Text Replacement will not only make email input easier for you, but it’ll save loads of time and will be useful throughout iOS in addition to logging into apps.

Those of you with easy email addresses, such as something like steve@gmail.com may not appreciate this feature as much as someone with a goofy email address with tons of numbers, underscores, and mixed characters. On the other hand, I think everyone can benefit from the time savings; not just those with overly-complicated email addresses.

Although emails can sometimes be complicated to type in with the little keyboard on your iPhone, iOS’ text replacement feature can speed things up and make typing email addresses less cumbersome.

What are your thoughts on using Text Replacement in this way? Do you use the feature for something else? Share in the comments!