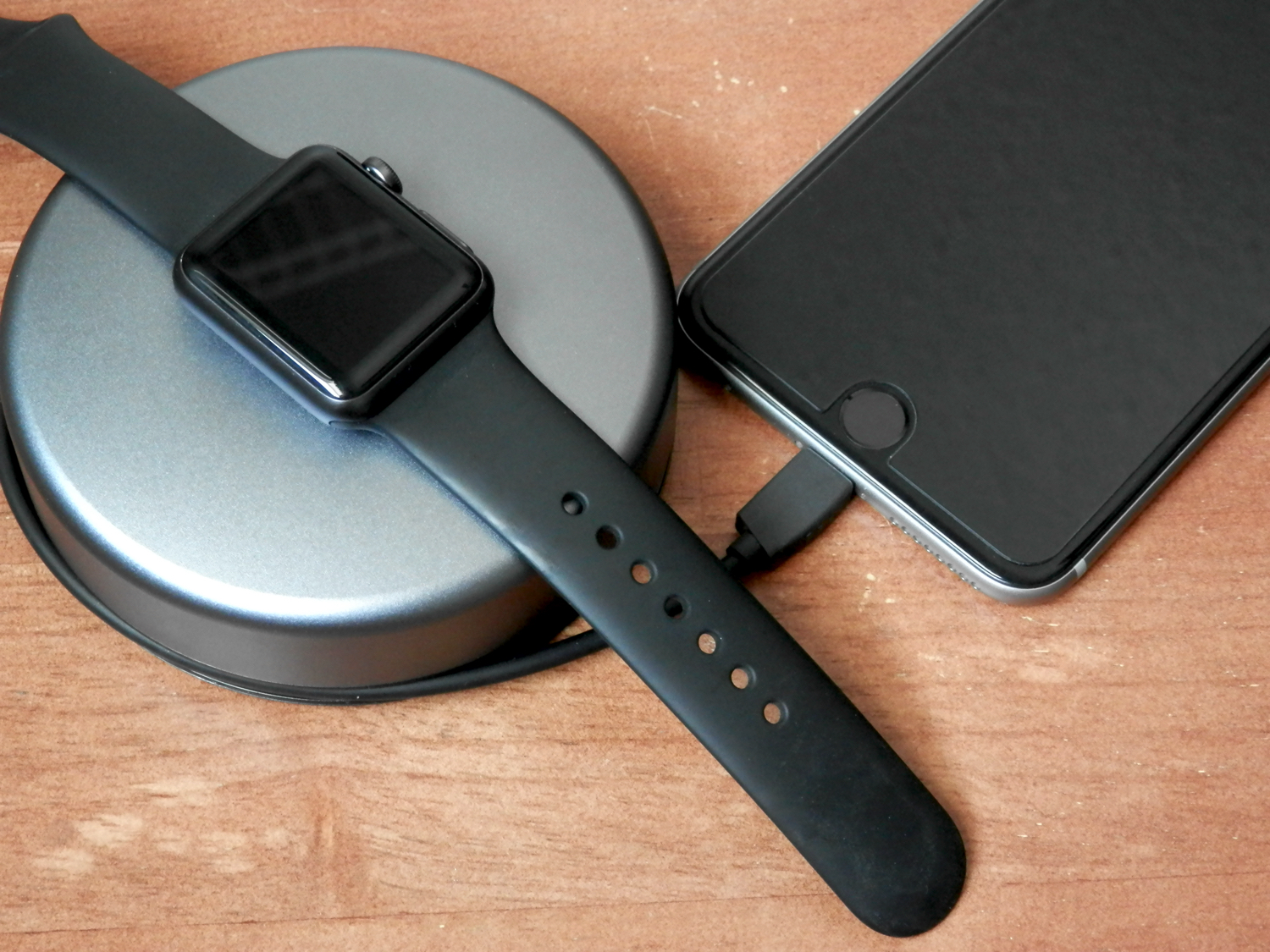 Fortunately, Nomad has the Pod Pro, which can be had on Amazon for $85, and is a great solution for on-the-go Apple Watch charging, and even includes a built-in Lightning cable for charging your device, whether it’s an iPhone, iPod touch, or iPad. We’ll show you what the Pod Pro is all about in this review.

Charging your Apple Watch on the go has always been somewhat of a different kind of animal than charging your iPhone on the go would be. The charging connector is magnetic, rather than a physical metal-on-metal connection; as a result, it doesn’t hold as tightly as a Lightning cable would.

For those that do a lot of traveling, power adapters aren’t always widely available either. You may be in the middle of a power outage, on a camping trip, or even in a car without a 12v adapter. Although there are a lot of external battery packs out there, hardly any of them are made specifically for the Apple Watch.

Nomad’s Pod Pro provides a different mobile charging experience for Apple Watch users. It’s actually a 6,000 mAh battery pack and charging dock in one for all sizes of Apple Watch that includes a Lightning cable for charging your iOS devices too.

Your Apple Watch sits on top of the dock with the OEM Apple Watch charging cable, which plugs into a hidden USB port on the Pod Pro. 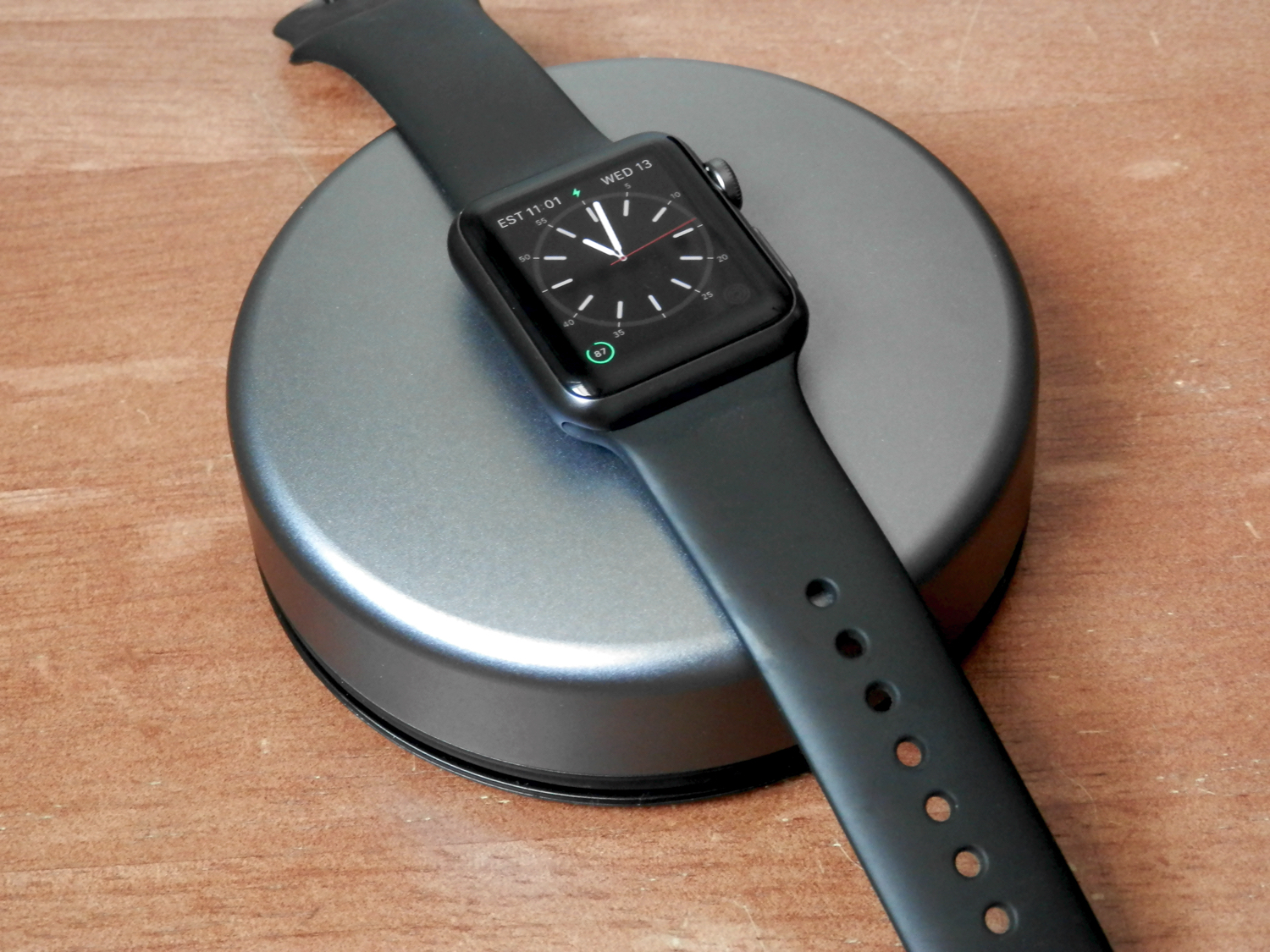 Pod Pro comes in space gray, so it’s well color-matched to the Apple Watch Sport. The top cover is made out of anodized aluminum, and it’s held on to the base of the unit with two powerful neodymium magnets. You can pull the cover off to install your Apple Watch charging cable – just plug it in and coil it around until you can seat the charging connector in the top round slot: 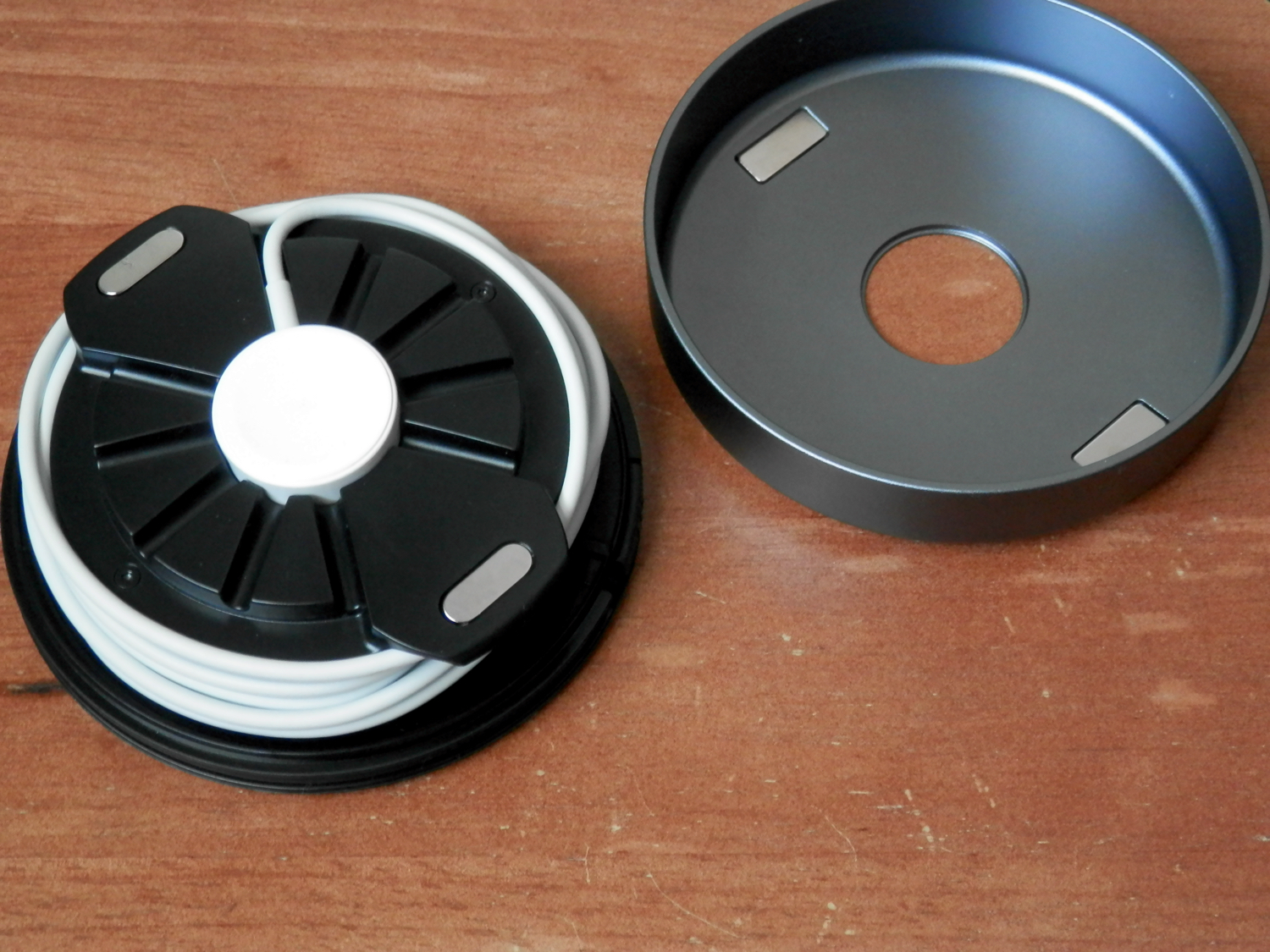 Now, place the cover on top with the magnets touching each other, and you’ll have a solitary unit. The Apple Watch charging connector peeks out of the cyclops hole at the top so you can easily attach your Apple Watch for charging and it’ll stay in place in the center of the unit. 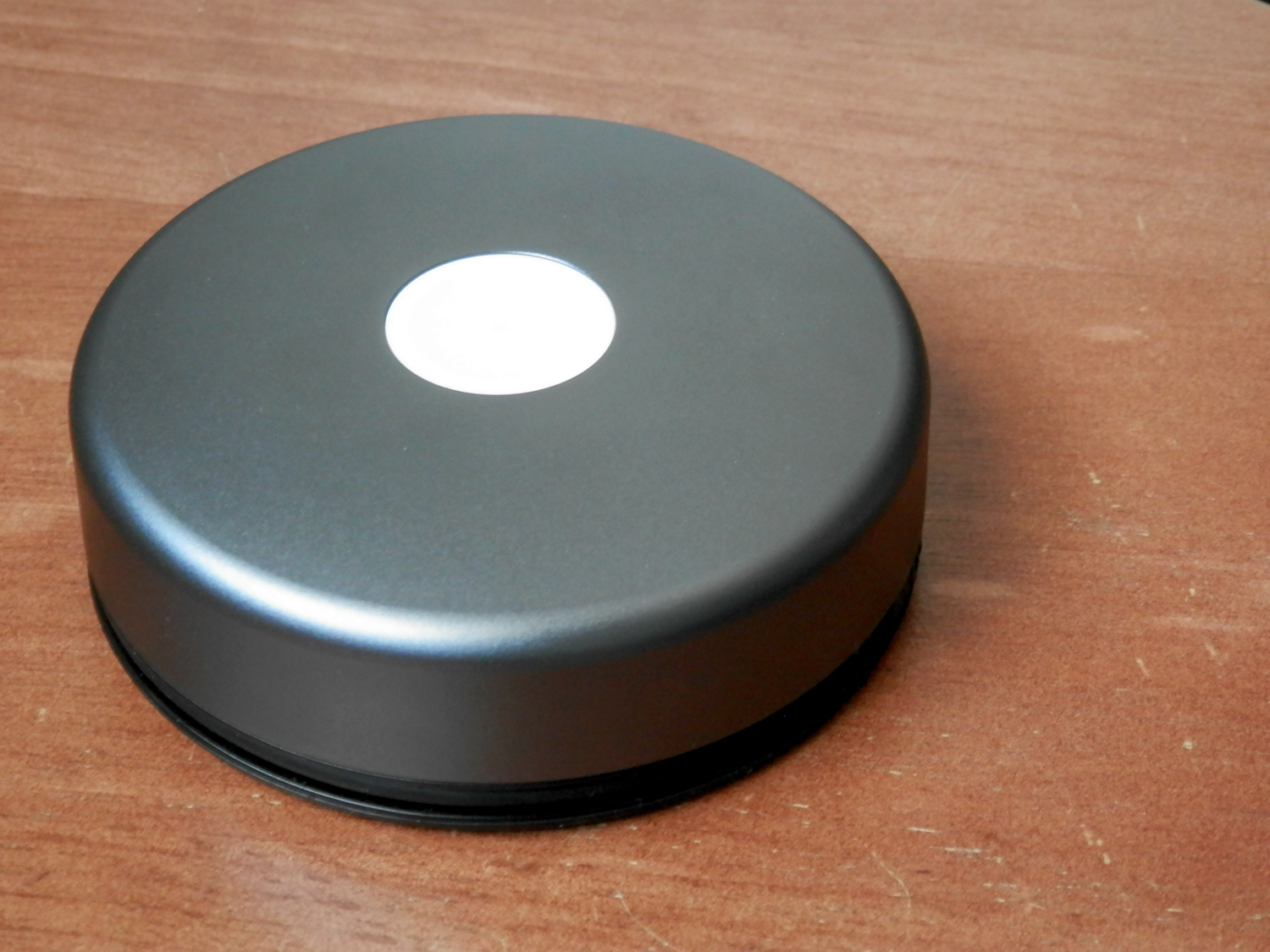 As we were saying earlier, Pod Pro also charges Lightning devices. The unit has a built-in MFi-certified Lightning cable that tucks away when it’s not in use. 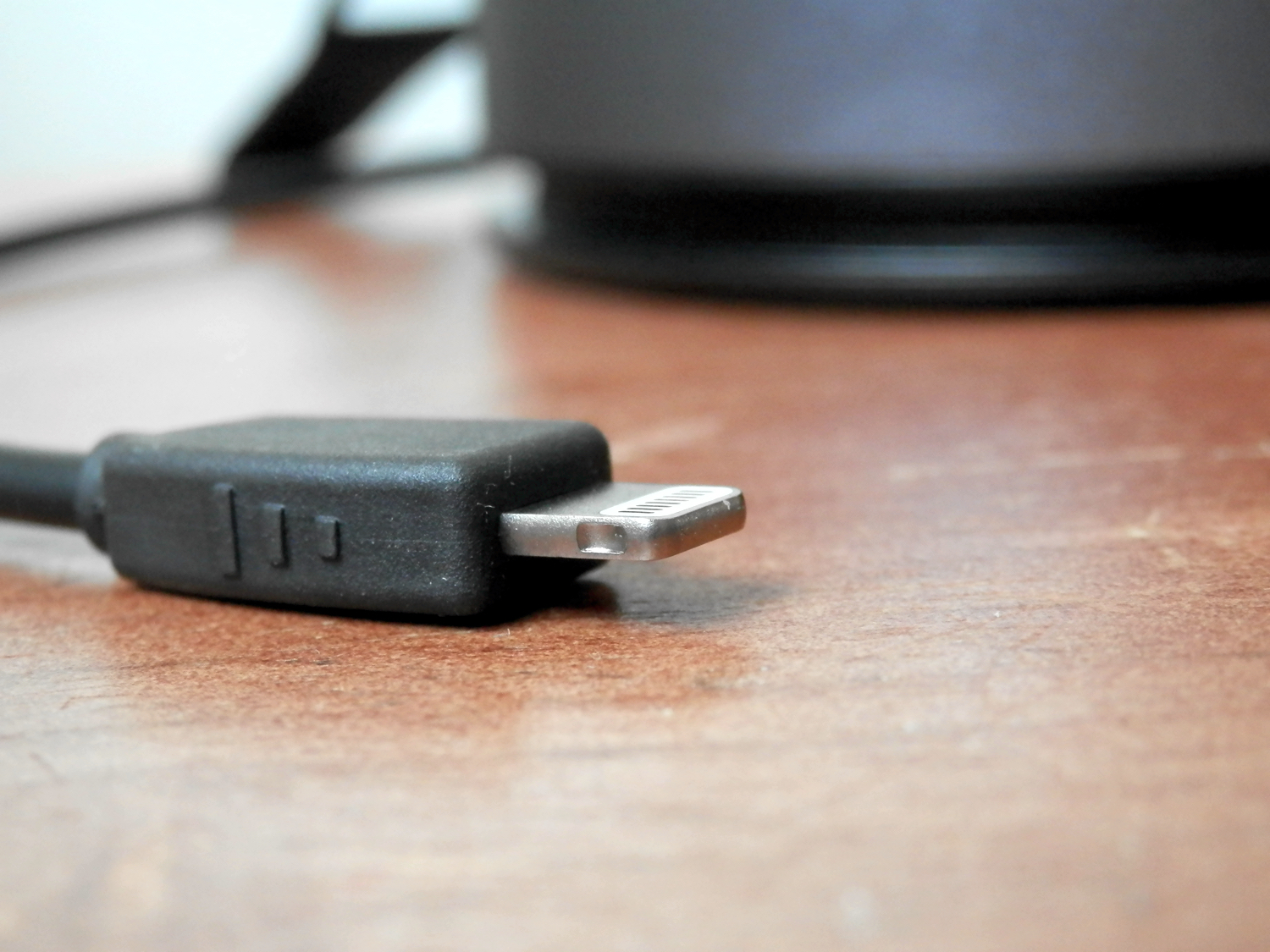 As you can see the cable just tucks away tightly into the Pod Pro, and there are little grips on the side that help you pull it out. Still, it can be a little tricky to dig out without fingernails: 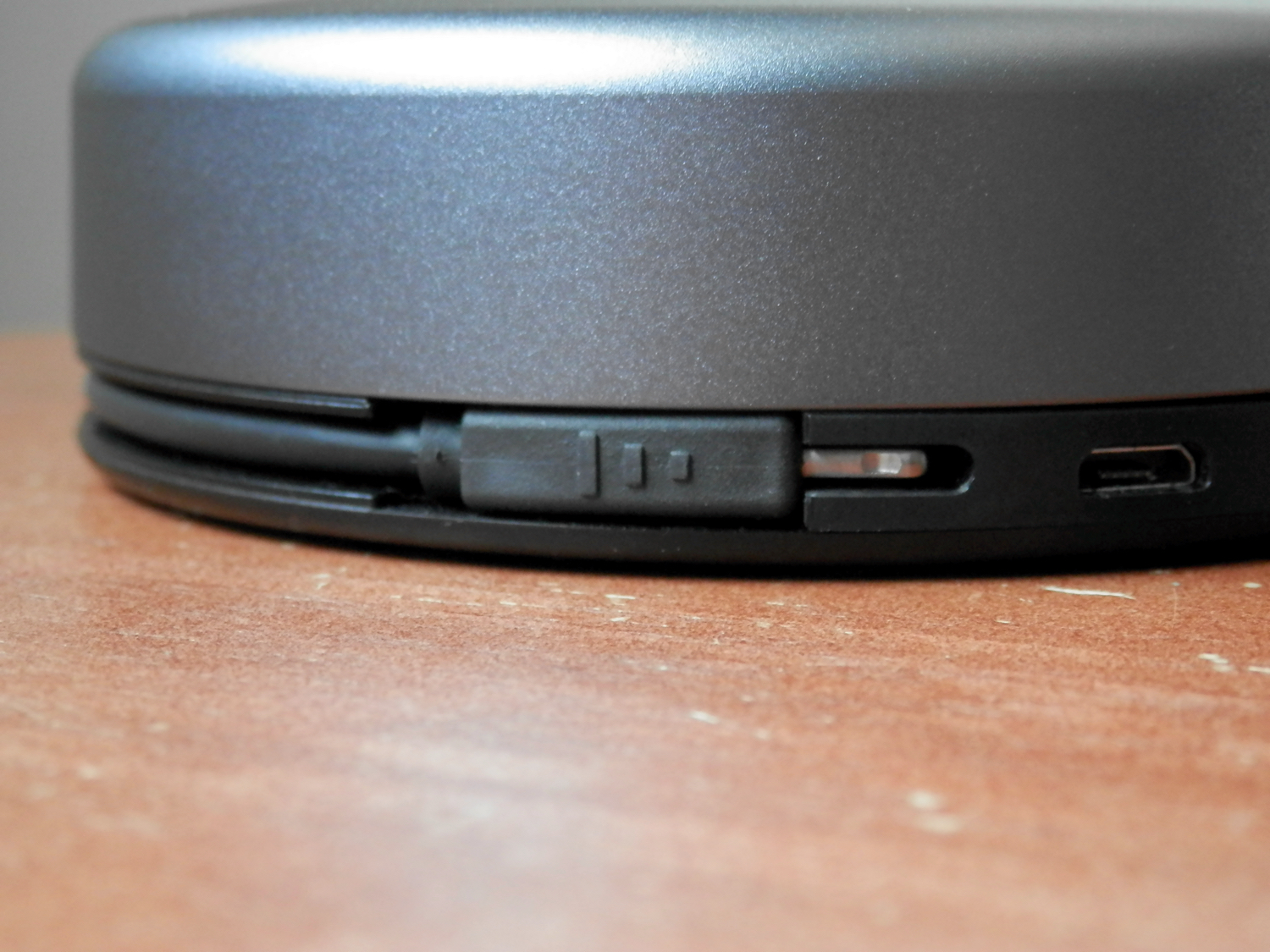 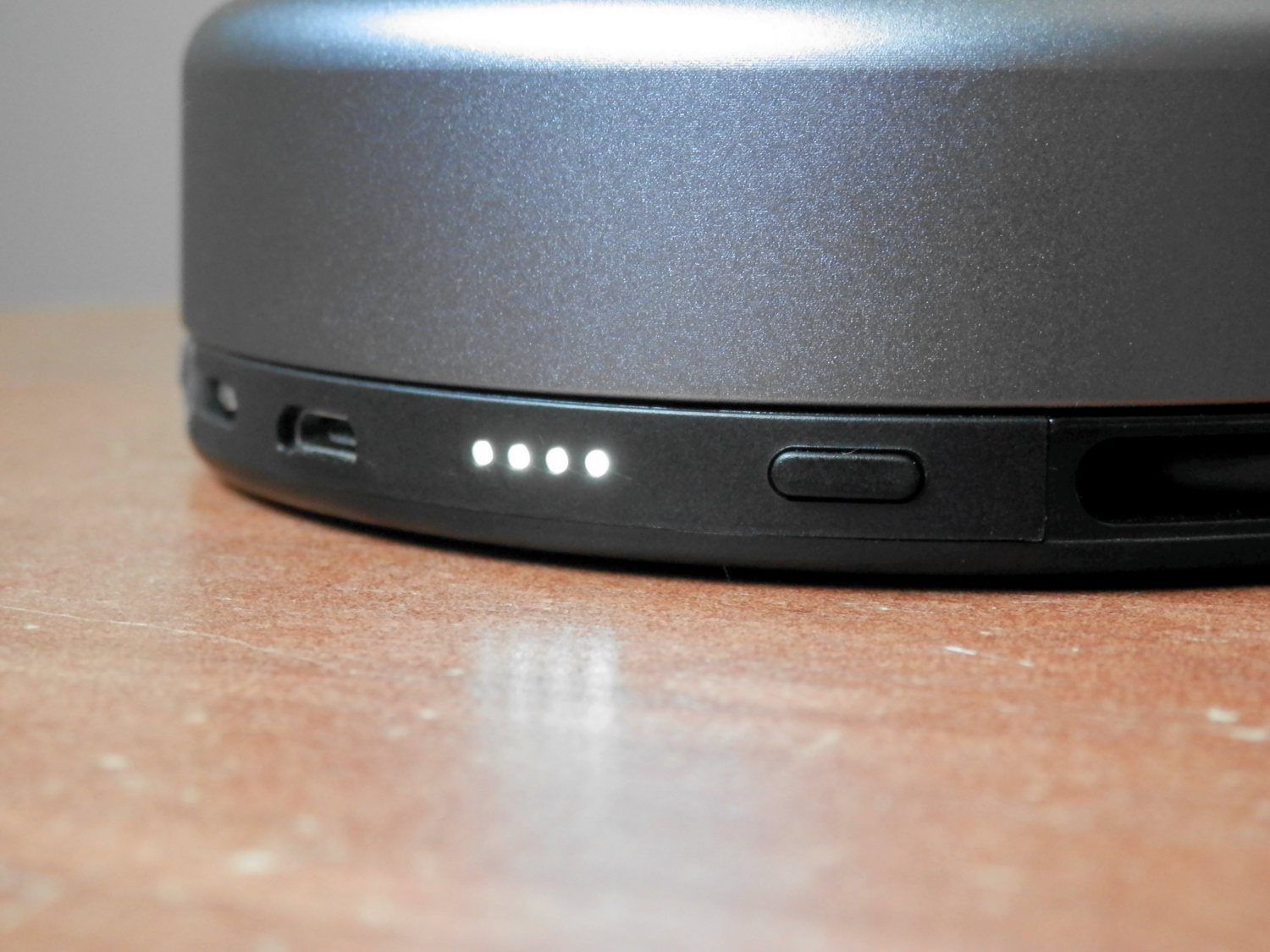 You’ll also have to press the button one time any time you attach your Apple Watch so it can begin charging.

My thoughts on the Pod Pro

Overall, I like the shape, color, and form factor of the Pod Pro as well as the fact that it utilizes the OEM Apple Watch charging cable. It’s also handy that it includes the built-in MFi Lightning cable for charging your Lightning devices.

I only have a gripe with the way it charges the Apple Watch because it doesn’t keep it charged 100% of the time like an AC adapter would – it only charges up to 100% one time when you press the button, and then you’d have to press the button again.

Here’s a Pros and Cons list that I’ve put together for those who want an easy list:

Overall, I have very little bad to say about the Pod Pro, which can be had for $85 on Amazon, but if you were looking to spend a little less money, you might try the Pod, which is essentially the same thing but with less battery capacity and no Lightning cable. That version retails for $60 on Amazon, and is slightly smaller too.

What are your thoughts on the Pod Pro by Nomad? Share in the comments!