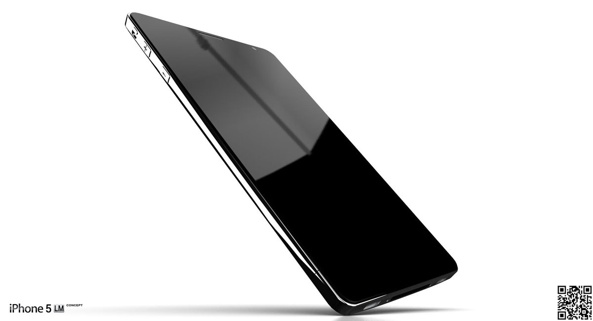 An iPhone 7, which we expect will launch this fall, won’t differ much from the existing iPhone 6/6s design style because Apple is saving a major visual refresh of its smartphone for 2017, according to a research note Sunday by well-informed KGI Securities analyst Ming-Chi Kuo.

The note, a copy of which was obtained by MacRumors, quotes the analyst as saying that a 2107 iPhone refresh will bring not only the rumored jump to the superior AMOLED display technology but a whole new design language for the iconic smartphone that will ditch the all-metal appearance in favor of an all-glass enclosure.

The note mentions that some investors might be concerned that an all-glass casing might break easily. To that end, Kuo doesn’t think a return to glass casing would prove problematic for Apple because the iPhone 4 and iPhone 4s series has done particularly well despite the phones’ front and back glass breaking easily upon impact.

“Apple already uses glass casing for iPhone 4/ 4S, and non-Apple brands have also been using glass casings,” Kuo said. “We therefore think a drop test will not be problematic for glass casing. A glass casing may be slightly heavier than an aluminum one of the same thickness, but the difference is so small that the use of the thinner and lighter AMOLED panel will compensate for that.”

As for the added weight of glass versus aluminum, which is both lighter and stronger, the analyst is adamant that a much lighter and thinner AMOLED screen will offset the added weight. Also, the battery could be made smaller and lighter because AMOLED display technology uses a fraction of the power of the traditional LCD panels used in all iOS device models to date.

Nothing screams ‘new’ as redesign

Kuo doesn’t make it clear whether he believes if Apple might rework the iPhone 4/4s design—which used glass for the front and back plate sandwiched between a stainless steel band—or actually engineer an enclosure completely from glass.

What he does firmly believe, however, is that a thorough redesign of the iPhone’s enclosure would “enhance the competitiveness” of the device.

“If iPhone 7 still uses an aluminum casing in 2016, it will be the fifth year in a row that iPhone has done so, which means there is no longer a feeling of freshness to appeal to consumers,” reads the note.

And he’s right about that: a lot of Apple’s Android competitors in the United States are adopting aluminum casings in droves, meaning the iPhone no longer has a clear edge due to a lack of differentiation.

“On expectations that iPhone shipments will decline in 2016, we believe Apple will be more strongly motivated to use non-aluminum casings in 2017 in a bid to enhance the competitiveness of iPhone by offering an all-new form-factor design,” the note reads.

Once the iPhone 7s (or whatever a 2017 iPhone will be marketed as) comes out, the ratio of new iPhone models using aluminum casing will likely drop from 100 percent currently to 40 percent or less, Kuo predicted.

It’s possible that Kuo was referring to Liquidmetal, a metallic glass compound to which Apple purchased a worldwide exclusive license to use that alloy in consumer electronics products.

While a Liquidmetal-based iPhone is certainly a plausible proposition, Kuo would have surely mentioned it as such in his most recent note. Apple has used Liquidmetal for an iPhone’s SIM card ejector tool. The material was first drawn up in 2010.

I’m not a materials engineer, but Apple could theoretically heat the edges of an all-glass iPhone enclosure to merge them together and they have a patent for using a Liquidmetal band and another one detailing the glass fusing process that would result in a seamless design.

Liquidmetal offers up various unique properties: it’s very strong, lightweight and able to cast in several forms. As I mentioned, Apple has a number of patents involving the material, so it’s obviously still a major area of interest to them.