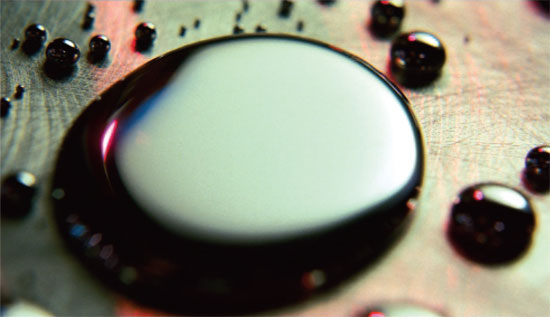 On Thursday, the US Patent and Trademark Office published five patent applications Apple has filed regarding the process by which it would use Liquidmetal to build next-generation products including smartphones, tablets and digital displays.

Apple has been rumored to be experimenting with amorphous metal alloys ever since it signed an exclusive deal with the California-based company Liquidmetal Technologies back in 2010. But like most rumors, this one has yet to materialize…

Liquidmetal alloys demonstrate a different molecular structure than traditional metals, which results in a stronger, harder substance. Apple is interested in it because it’s moldable into unique shapes, durable and thin—perfect for mobile devices. 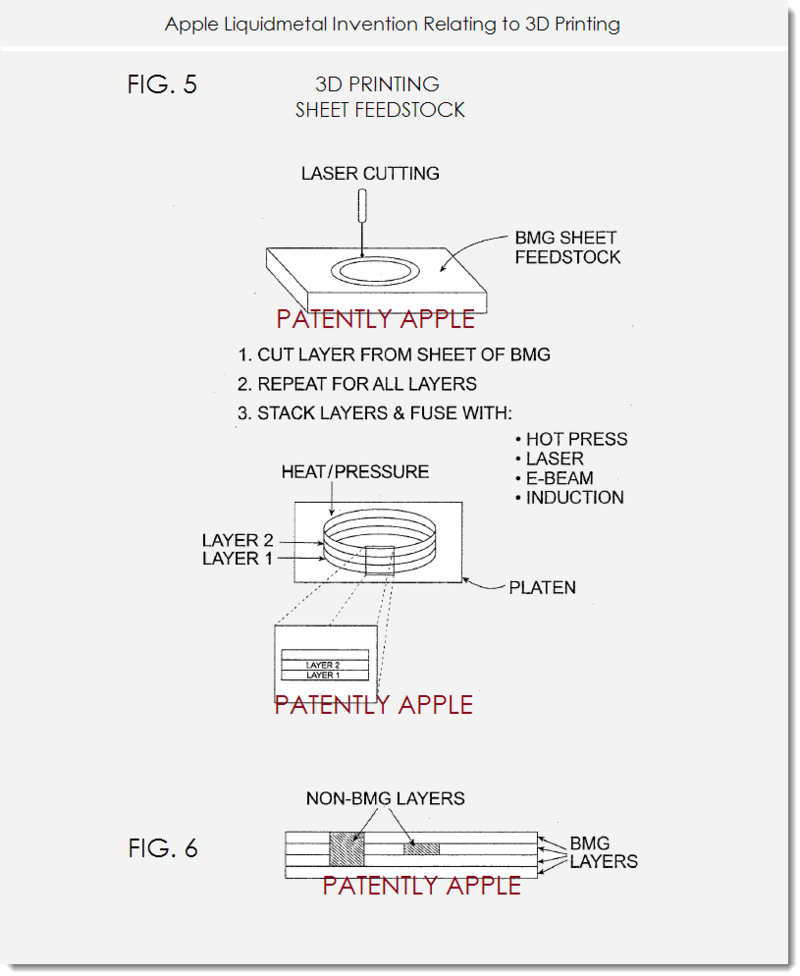 The inventions published today are extremely complex and describe methods of creating parts layer-by-layer using Liquidmetal alloys via a 3D printing method. Apple suggests this is quicker and less expensive than traditional machining.

“All five Liquidmetal patents published today include the same list of potential products as noted below:

A telephone, such as a cell phone, and a land-line phone, or any communication device, such as a smart phone, including, for example an iPhone, and an electronic email sending/receiving device. It can be a part of a display, such as a digital display, a TV monitor, an electronic-book reader, an iPad, and a computer monitor.

It can also be an entertainment device, including a portable DVD player, conventional DVD player, Blue-Ray disk player, video game console, music player, such as a portable music player (e.g., iPod), etc. It can also be a part of a device that provides control, such as controlling the streaming of images, videos, sounds (e.g., Apple TV), or it can be a remote control for an electronic device. It can be a part of a computer or its accessories, such as the hard drive tower housing or casing, laptop housing, laptop keyboard, laptop track pad, desktop keyboard, mouse, and speaker. The article can also be applied to a device such as a watch or a clock.”

Apple has thus far only managed to construct minor components using Liquidmetal tech, such as its SIM ejection tool. And according to one of the company’s founders, any kind of “breakthrough” Liquidmetal gadget is still some 2-4 years away.