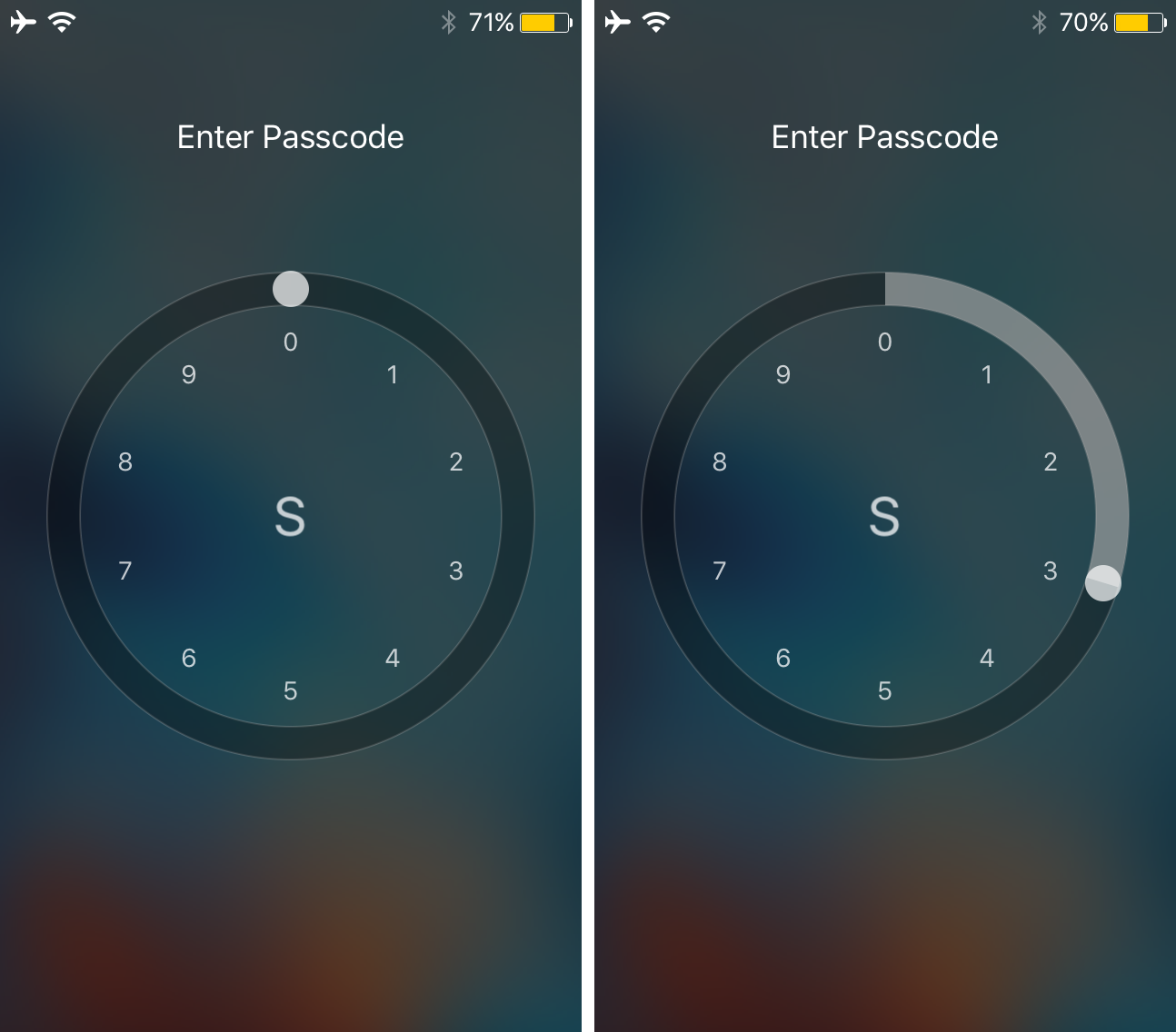 Instead of the typical boring number pad, this tweak gives your Lock screen a rotary-style passcode input interface, as shown above. In this review, we’ll walk you through SlideMe and show you what it’s capable of.

The idea behind SlideMe is to give your iPhone a new way to allow you to input your passcode.

Rather than tapping from a grid numbers to enter your passcode, SlideMe gives you a rotary-style interface where you drag your finger around a circle. This circle is annotated with numbers and you land your finger on numbers before releasing to input that number as a passcode digit.

The SlideMe jailbreak tweak is configurable; it’ll add a preferences pane to your Settings app that will let you choose colors and toggle the tweak on or off on demand. 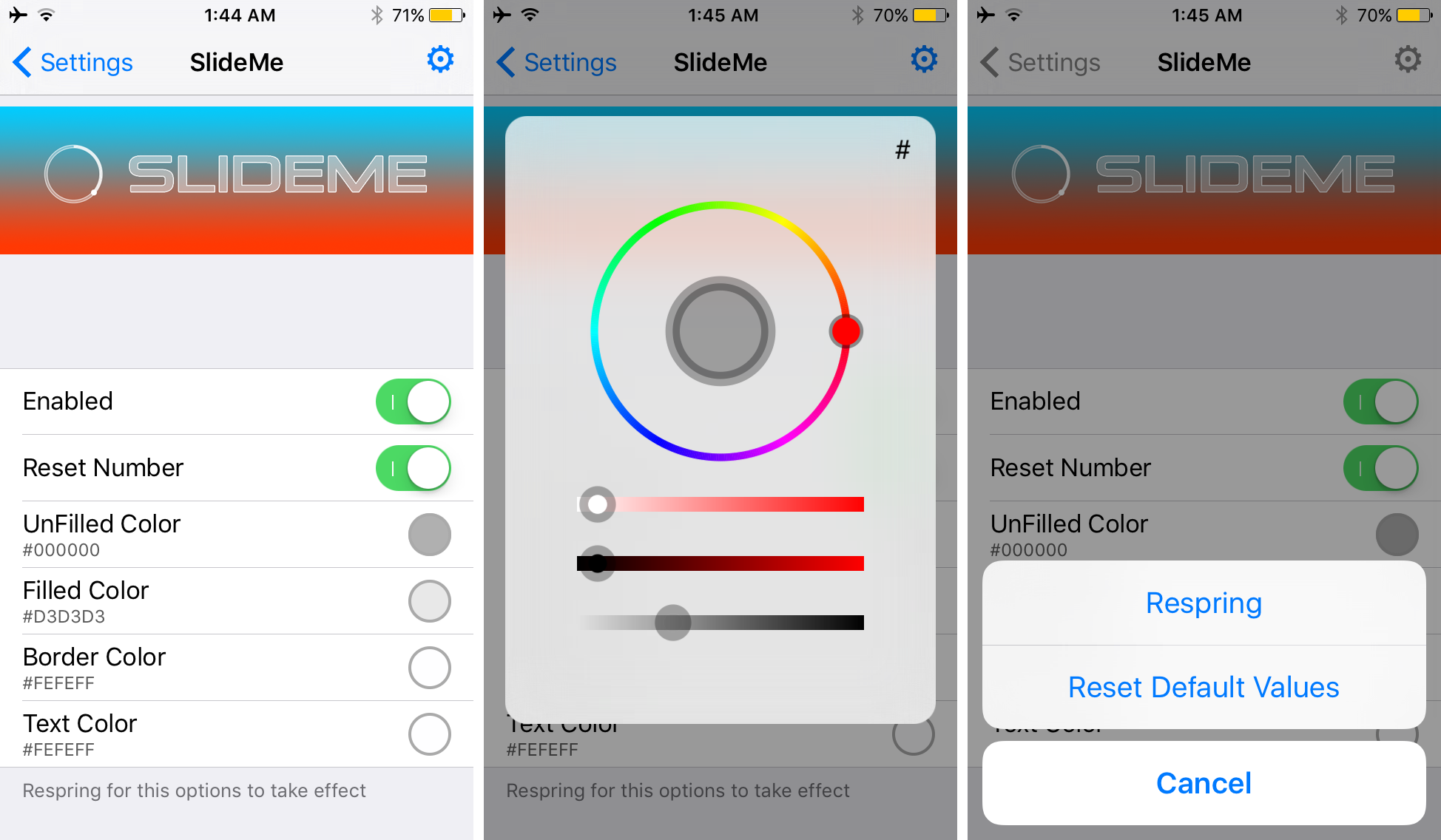 The colors you can configure include:

As you can see, the colors are chosen via a color picker rather than a pre-defined list of colors, which means the selection options are much greater than you might have if you were limited to presets.

At the top right of the preferences pane is a cog button, which allows you to respring your device and reset all settings to their default values on demand. Respringing is necessary every time you make changes so that your changes are saved.

Another thing you should know is that after setting up SlideMe for the first time, you will have to respring your device twice in a row to initialize your passcode with the tweak.

My thoughts on SlideMe

I think the rotary passcode interface is cool, but it seems like Déjà vu to me, probably because I’ve seen similar rotary-based passcode input screens before. Nevertheless, the developer did a very nice job on SlideMe, and as a result, I don’t regret saying that I think it’s a really nice replacement over the stock number pad.

I do want to note that modifying the passcode screen on Touch ID-enabled devices seems a bit pointless because you’re going to skip the passcode entry screen 99% of the time. On the other hand, any time you might want to use your passcode screen, or give someone else access to it, SlideMe gives you a chance to have a custom experience.

For the price, I would consider the tweak a novelty because I don’t really use my passcode screen that much on my Touch ID enabled devices. I only ever use the passcode number pad on my iPhone 5.

For anyone looking to spice up their passcode entry screen, SlideMe is an interesting solution that replaces the stock number pad with something a little more fun to use. It’s available in Cydia’s BigBoss repository right now for $1.49 and works with jailbroken iOS 9 devices.

What are your thoughts on SlideMe? Share in the comments below!