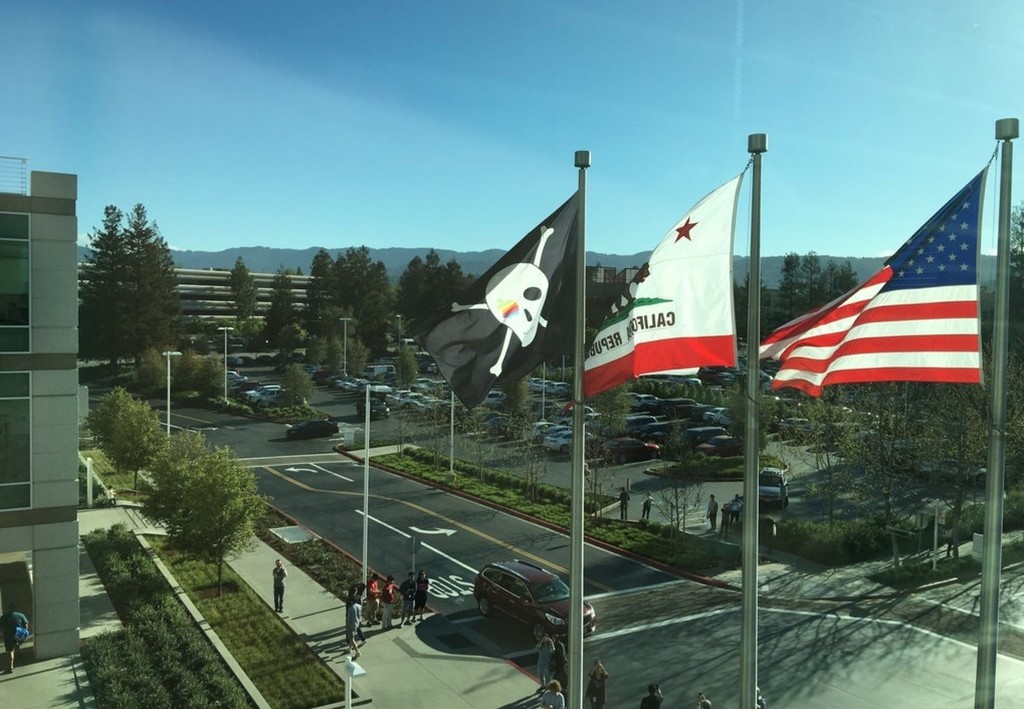 Forty years ago today, Apple was founded by Steve Jobs, Steve Wozniak and Ronald Wayne to develop and sell personal computers. Yes, Apple Computer Company was started on April Fool’s Day back in 1976. And now, on the company’s 40th anniversary on April 1, 2016, a familiar piece of folklore has returned to Apple’s campus at 1 Infinite Loop: a pirate flag with a big skull and crossbones in white at the center, in a cheeky nod to Apple’s past.

Back in the early 80s, Steve Jobs assembled a rebellious team to work on a skunkworks project: the original Macintosh. Referring to themselves as the pirates of the company, they hoisted a “jolly roger” pirate flag above 1 Infinite Loop.

“It’s better to be a pirate than join the navy,” Steve Jobs famously told the Mac team.

In announcing the upcoming anniversary, Apple at the ‘Let us loop you in’ iPhone SE media event earlier this month played the following ’40 Years in 40 Seconds’ video, which pays homage to the forty key moments that have defined Apple as a company culture-wise over its 40-year history.

“Apple turns 40,” reads the description. “A celebration of four decades of ideas, innovation, and culture.”

As for the famous pirate flag, it was first flown over Apple’s Bandley 3 office using leftover construction materials. The original flag was painted by graphic designer Susan Kare, who also designed the icons for the original Macintosh. If you look closely, you’ll see that the eyepatch on the flag uses a rainbow-colored Apple logo decal. 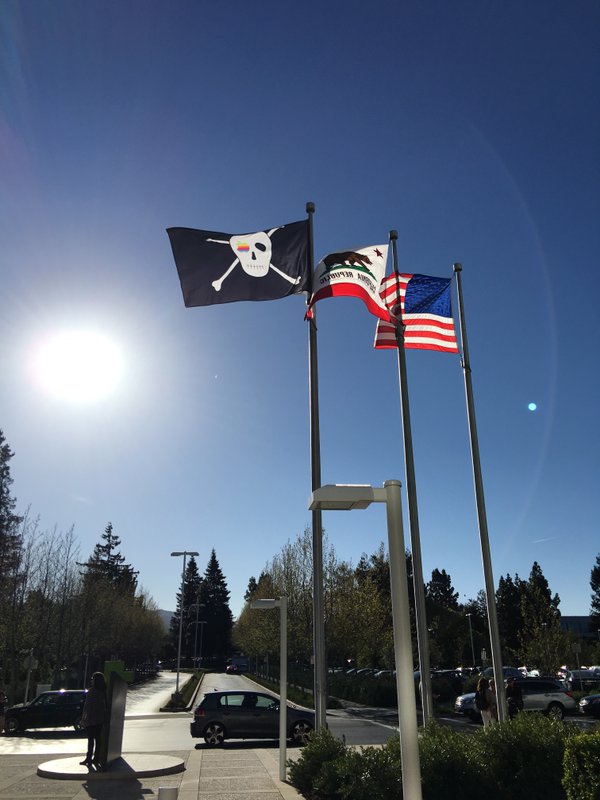 The flag reflected the feeling among some of the earlier team members that the Mac group was getting too large and bureaucratic. “We had started out as a rebellious skunkworks, much like Apple itself, and Steve wanted us to preserve our original spirit even as we were growing more like the Navy every day,” said Andy Hertzfeld, who was a member of the original Macintosh development team during the 1980s.

It turned out to be a big hit with Jobs and became a permanent fixture of the building.

“The Lisa team, however, with whom the Mac team had a mostly friendly rivalry, stole the flag after a month or two,” Hertzfeld reflects. “They sent the Mac team a ransom note, so the group did what any band of pirates would do: stole the flag back, with Capps even wrestling it from the grasp of one of the Lisa team’s secretaries.”

The image below, via Folklore, shows the original flag and members of the Mac team. 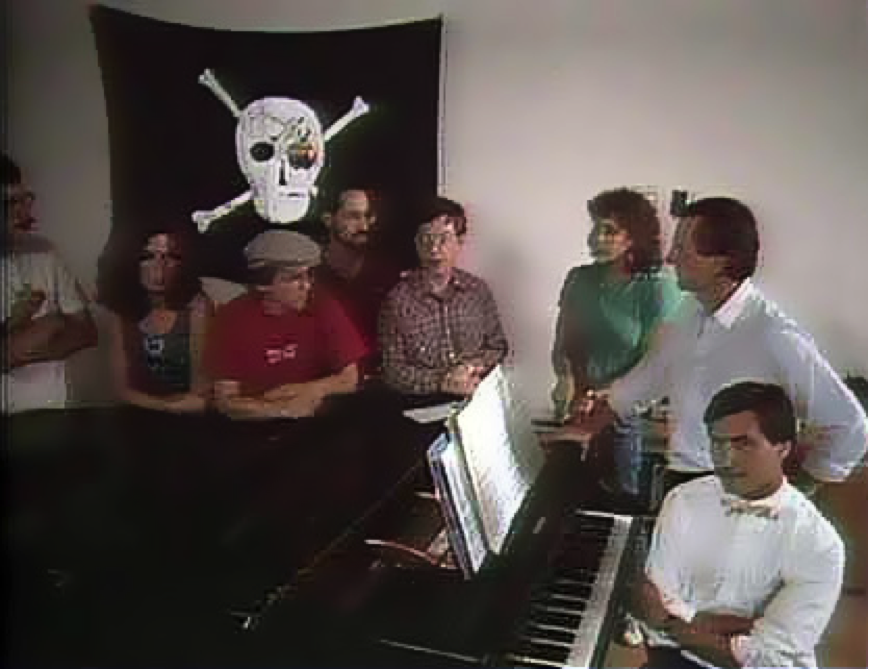 Unfortunately, the original flag went missing and no one knows for sure what’s happened to it. “It would be a great artifact for the Computer History Museum if it ever turns up,” said Hertzfeld.

Other fun facts: Apple was actually incorporated as Apple Computer, Inc. on January 3, 1977. At the original iPhone introduction on January 9, 2007, the company was renamed as Apple Inc. to reflect its new focus toward consumer electronics.

Although Apple of today is no longer an underdog that it once was, it’s great to see this vibrant piece of Apple folklore flying over Apple’s Cupertino campus on this very special occasion.

Over the past 40 years, Apple released special editions of a few of its products and The Next Web has put together a nice listicle of limited-edition collectible Apple devices you can get your hands on for a total of about $1.45 million.

Also, Cult of Mac’s Luke Dormehl has detailed the forty most significant moments in Apple’s history.