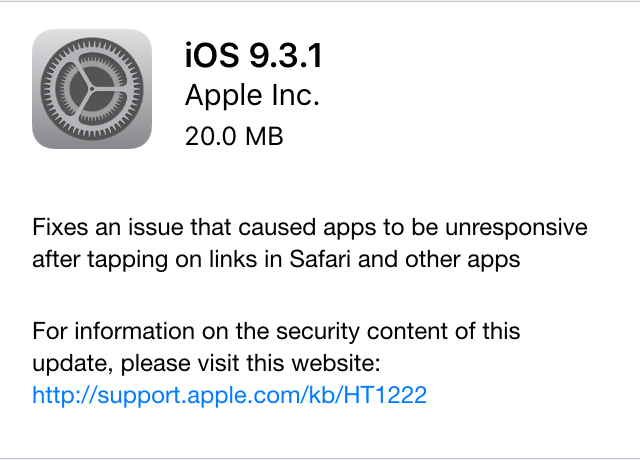 Ten days after releasing iOS 9.3 to the public, Apple has released iOS 9.3.1 today to fix an issue where some devices would crash or become unresponsive after tapping on some web links. Holding build number 13E238, iOS 9.3.1 is available now via an over-the-air update or via iTunes to all devices capable of running iOS 9. It is also available for download now from our Downloads section.

It is unclear at this time of this update also contains other enhancements and bug fixes, but we’ll make sure to report anything new. In the meantime, make sure to get in touch with us to let us know if you’ve found any indication of other improvements in this software update.