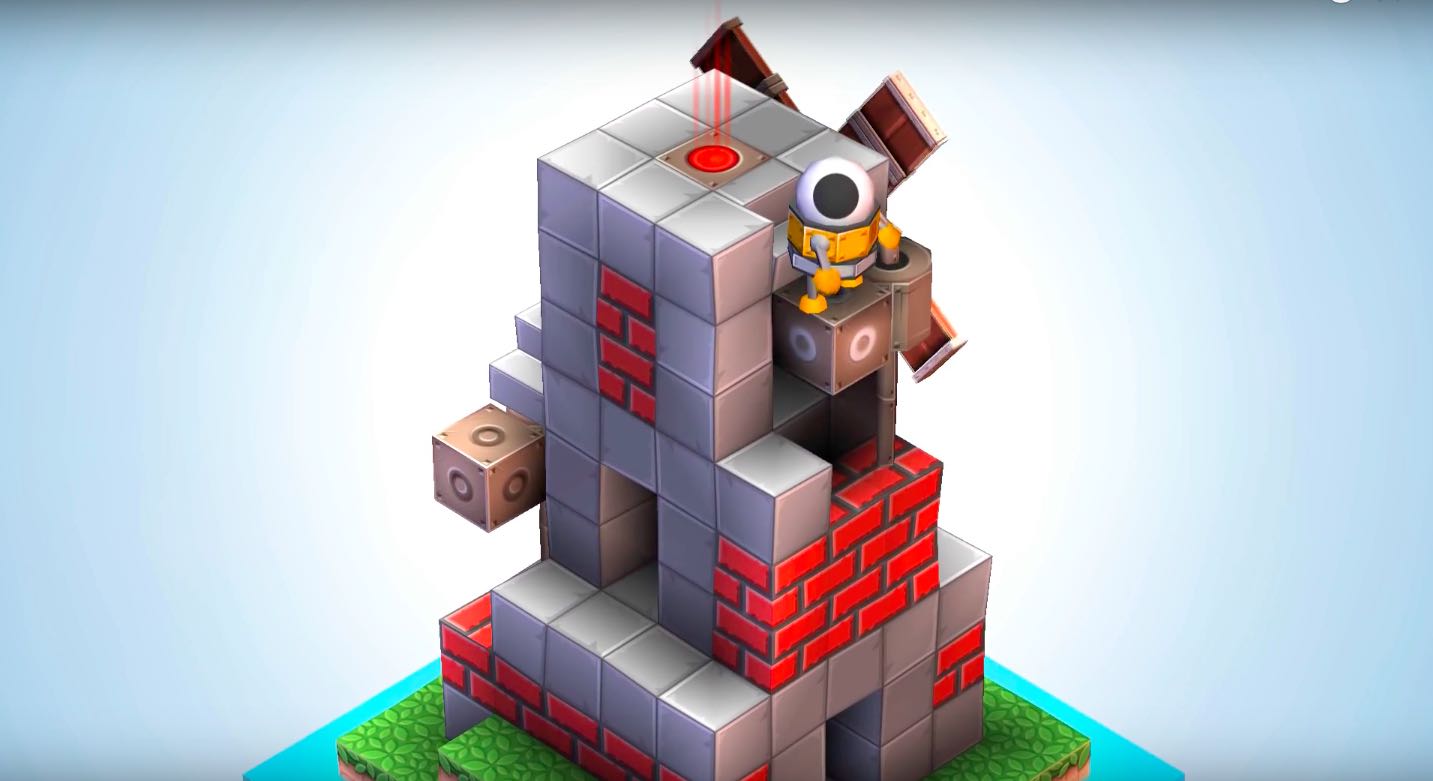 Developer Martin Magni—who not only single–handedly coded the beautiful physics puzzler Odd Bot Out but also designed all the levels, composed the soundtrack and drew the artwork—is hard at work on a brand new iPhone game. Titled Mekorama, it features M.C. Escher-style 3D architecture and could be this year’s Monument Valley.

In Mekorama, you must help a tiny robot stumble home through 50 puzzling mechanical dioramas. The game’s biggest selling point will be the fact that players will be able to build their own dioramas using a built-in level editor, and then share them online.

And, of course, you’ll also be able to play the levels created by other players around the world. Check out a preview trailer for Mekorama.

The built-in level editor with online sharing of custom-designed levels could potentially give this game endless replayability beyond the initial 50 levels it will ship with.

The game will be available for iOS and Android soon, but Magni wouldn’t commit to a specific release date. “Look, I’m working as fast as I can, OK?”, he said.

Could Mekorama become this year’s Monument Valley, do you think?