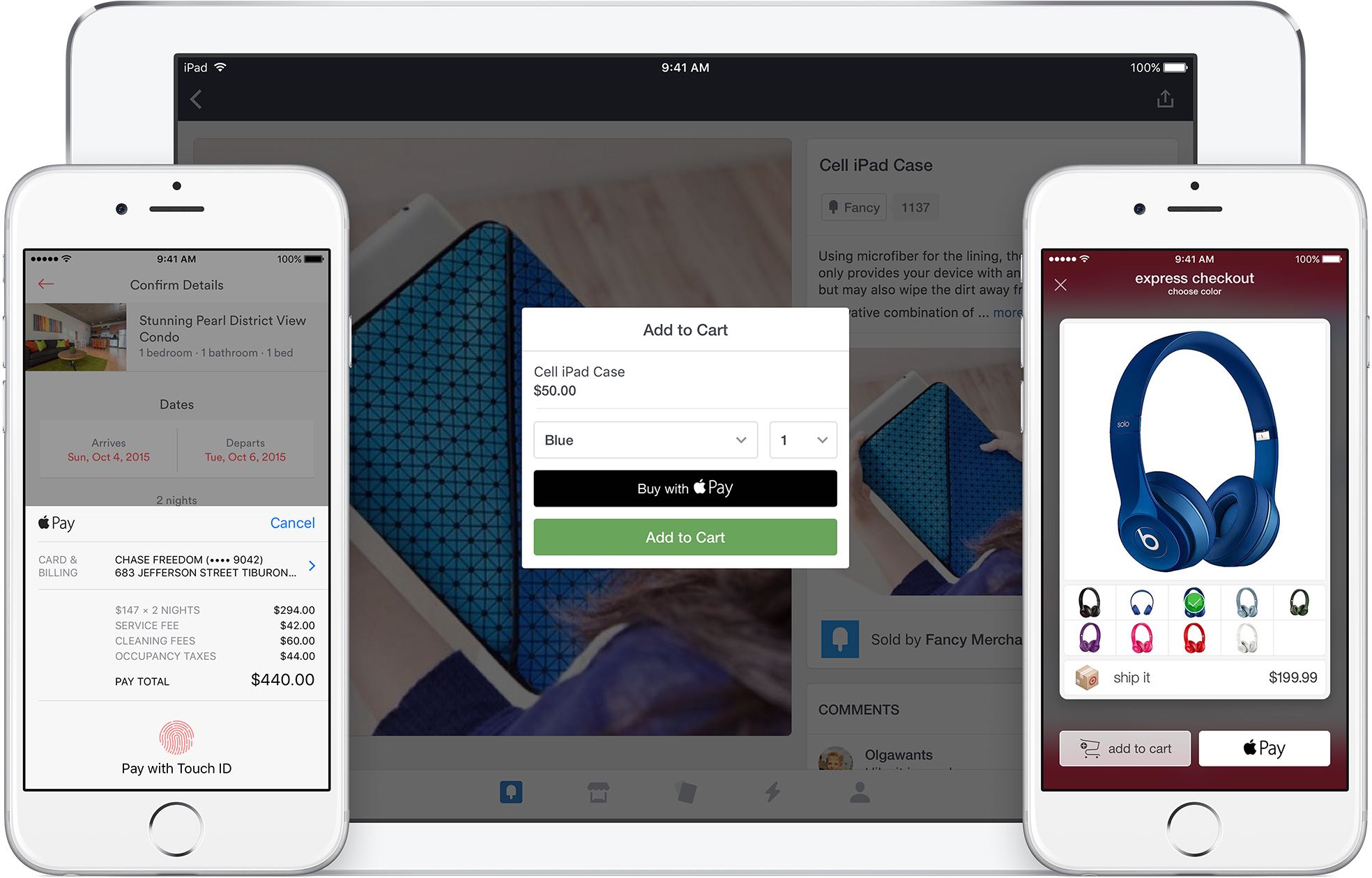 Apple’s mobile payment solution for the iPhone, iPad and Apple Watch will be coming to mobile websites later this year, reports Re/code. The technology blog explains that people will be able to pay for goods and services purchased in online stores through the Safari browser on iPhones and iPads that possess Apple’s TouchID fingerprint technology.

Apple Pay is currently supported in physical retail stores and select third-party apps that have elected to implement support for the technology with In-App Purchases, but not on websites. If true, this move will aim Apple Pay squarely at the likes of PayPal, Square and other established online payments service providers.

“Apple has also considered making the service available on Apple laptops and desktops, too, though it’s not clear if the company will launch that capability,” writer Jason Del Rey has learned.

The company could choose to announce the expansion of Apple Pay to websites at this year’s WWDC, its annual pilgrimage for developers which usually takes place in June. Apple is reportedly telling potential partners that the new feature will be ready in time for this year’s holiday shopping season.

Apple Watch Series 8 may bring a new high-end model with a 1.99-inch display