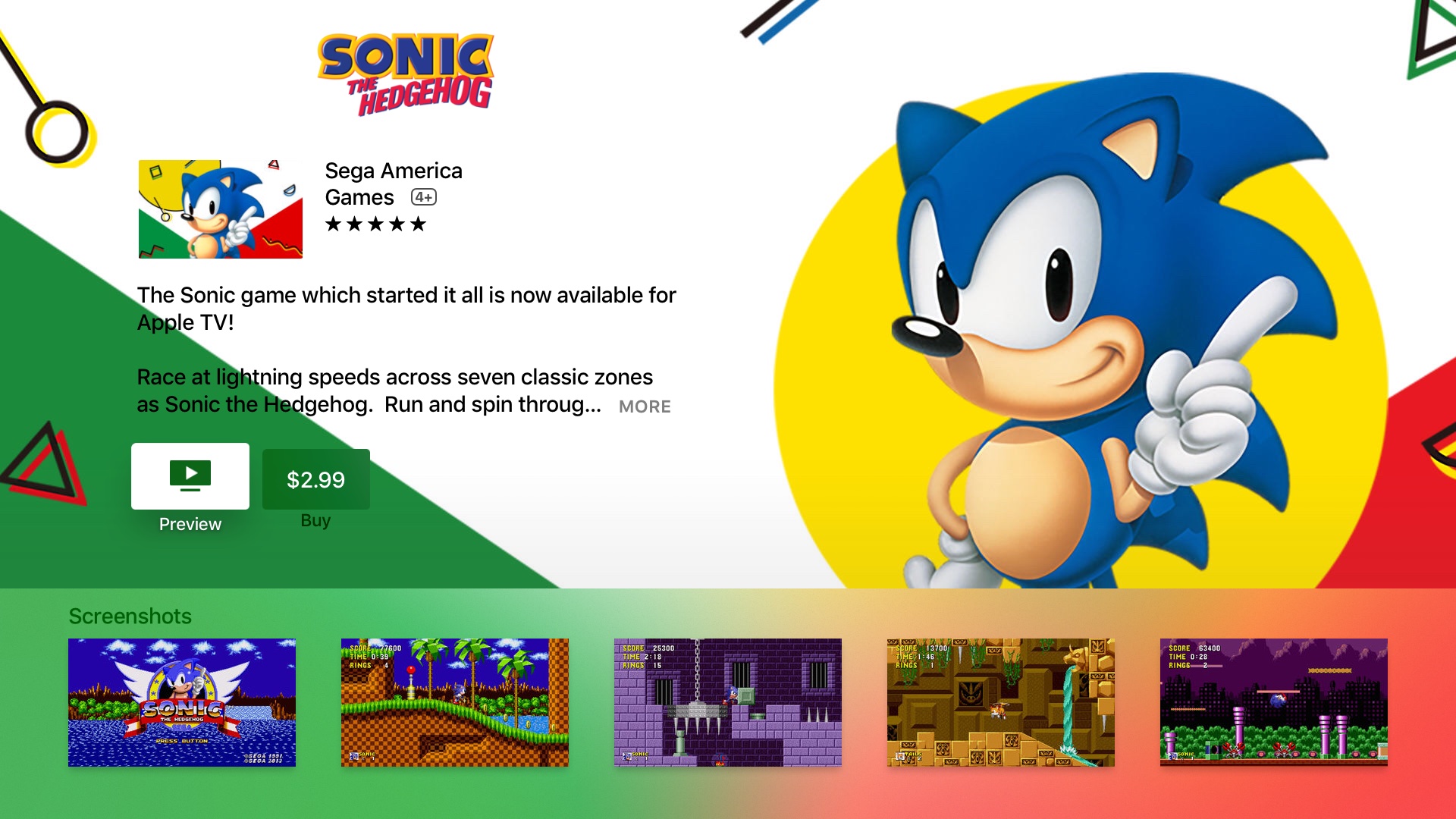 Japanese gaming giant Sega is making its long-expected move to bring some of its most popular mobile games to the living room. Fans can now play some of their favorite Sonic titles on the fourth-generation Apple TV for the very first time.

Those that don’t yet own these titles now have an additional reason to purchase them, as they can now be played on their iPhone, iPad, iPod or Apple TV—all at the same time if they are an octopus.

To download these titles to your Apple TV, search for ‘Sonic’ in the tvOS App Store.

As mentioned, if you have previously downloaded Sonic 1 and Sonic 2 on your iPhone, iPod touch or iPad, their Apple TV counterparts can be found under the ‘Not on This Apple TV’ sub-section within the Purchased section on the tvOS App Store.