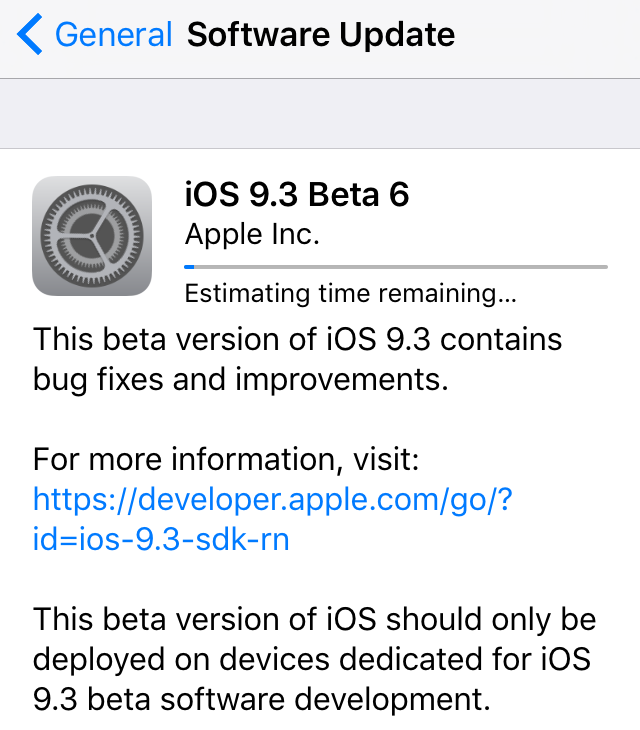 Apple on Monday released iOS 9.3 beta 6 to developers and public testers. The update is available in both Apple’s dev center and public testing portal, as well as via an over-the-air update for folks running the previous beta.

Today’s seed comes less than a week week after the previous beta 5, which brought about various changes and improvements to Night Shift mode, and some two months after the original 9.3 beta was pushed to developers.

For those who aren’t familiar with iOS 9.3, it’s going to be a significant update with several new user-facing features such as the aforementioned Night Shift mode, password-protected Notes, 3D Touch actions and much more.

Apple has also seeded beta 6 of watchOS 2.2 to developers. The original 2.2 beta brought about improvements to the Maps app and the ability to pair multiple Apple Watches to a single device, but we’ve seen few changes since.

We are installing these betas now, and will be sure to let you know if we spot anything else noteworthy. If you see something that we’ve missed, let us know down in the comments section or email us at tips@idownloadblog.com.