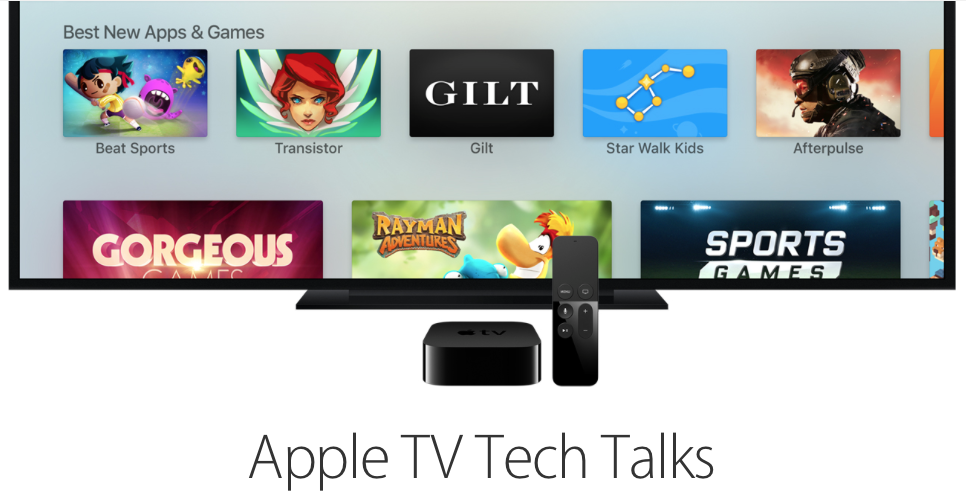 Apple on Wednesday announced that it has posted videos of several Apple TV Tech Talk sessions to its developer portal. Both paying and non-paying members of Apple’s developer program can access the instructional clips for free through the website.

The videos are taken from the 11 Tech Talks Apple has hosted around the world over the past few months. They contain in-depth technical information on building and designing for tvOS, refined coding techniques, and other valuable development help.

Here’s Apple’s original announcement on the Tech Talks from November:

The new Apple TV is here, bringing incredible and immersive apps and games to the big screen. Get in-depth technical information on building and designing for tvOS, learn refined coding techniques, and obtain valuable development instruction from Apple experts. Register by November 13, 10:00 a.m. PST for an opportunity to attend a Tech Talk in a city near you.

Apple launched its fourth-generation Apple TV just before the holidays last year with an all new tvOS platform, giving developers an additional channel to port their apps and games. The ATV 4 comes in two models: the 32GB for $149 and 64GB for $199.