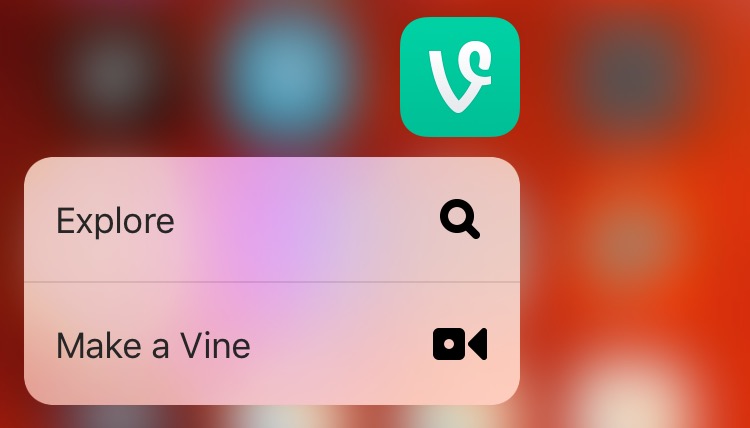 Vine, a Twitter owned mobile application for short-form video sharing, has been updated in the App Store this morning with three new features. For starters, owners of the iPhone 6s or iPhone 6s plus can press Vine’s icon on the Home screen to access a shortcut menu with a pair of options to make a Vine or jump into the Explore feed.

In addition, you can now edit your Vine’s caption for a brief period after you post and watch an account’s Vines in any order you want.

On an iPhone 6s or iPhone 6s Plus, press Vine’s Home screen icon lightly and up pops a menu with two options—Explore and Make a Vine—the former taking you to Vine’s Explore feed and the latter for make a new Vine from scratch.

Watch Vines in any order

As mentioned, Vine 5.3 now includes the ability to watch videos in any order you want. To access the new video sorting options, go to an account page in the mobile app, tap the icon next to Posts and select either Newest, Oldest or Popular .

It is now possible to edit a caption for a Vine you just posted, but only “for a brief period after you post,” according to the company. One of the most often requested feature additions, the ability to edit your Vine’s caption is available by tapping the ellipsis icon right after you’ve published your Vine. This feature is available in Vine for Android starting today, and is “coming soon” to iOS.

Grab Vine for iOS at no charge in the App Store.