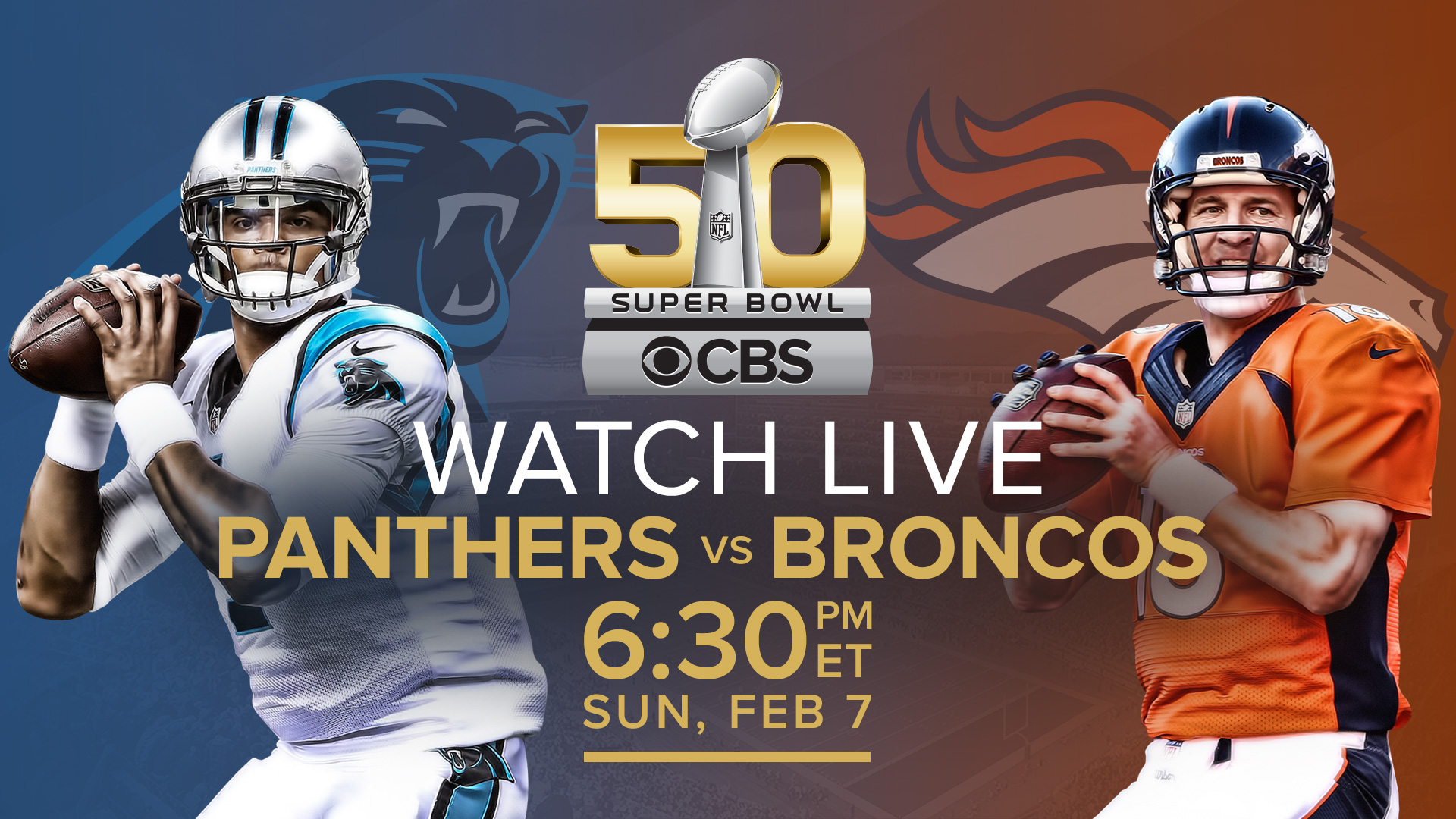 On Sunday evening, millions of people will gather around their TV sets to watch Super Bowl 50. The game features the Denver Broncos taking on the Carolina Panthers, and kickoff is scheduled for 6:30 (ET).

For those of you who aren’t going to be around a television Sunday night, but still want to follow along with the action, we’ve put together a list of ways you’ll be able to do so using an iPhone, iPad, Mac and other devices.

Your options this year are fairly straightforward. CBS is hosting the Super Bowl, and it will be streaming the game for free via its website and mobile apps—no cable subscription required. Unfortunately, Verizon still holds exclusive rights for streaming NFL games on smartphones, but you’ll be able to access the free broadcast almost anywhere else.

How to watch the Super Bowl on iPhone 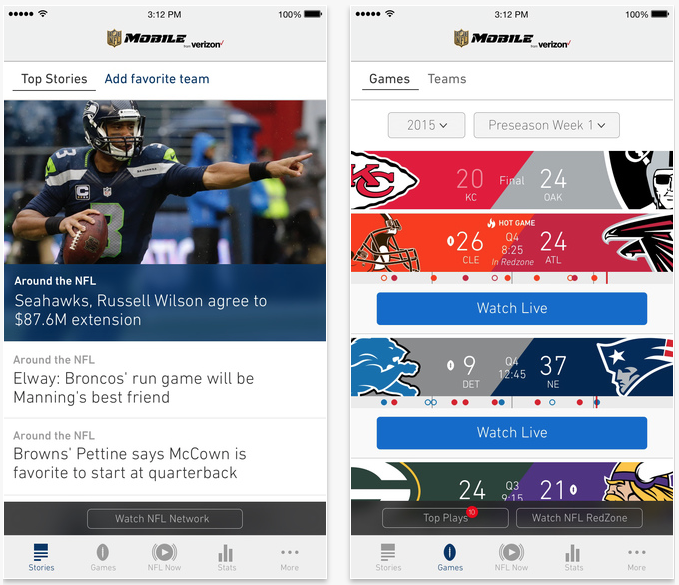 As in years past, live streaming for the Super Bowl on the iPhone (and other smartphones) is limited to Verizon customers here in the United States. So if you want to watch the game on your handset in any kind of official capacity, you’ll have to go through them. Fortunately, for those of you who are VZW subscribers, this is super easy to do and free for most folks. You’ll just need to grab the NFL Mobile app from the App Store.

Of course, there are other ways to watch the big game on your iPhone—and by other ways I mean hacky workarounds. For instance, you could open the CBS website on a desktop computer, and then remotely connect to it from your smartphone using a VNC app. Though I can’t imagine quality would be very good. Or you could use a Slingbox, or other DVR with similar functionality, to stream the game to your phone, but this can get very pricey if you don’t already own one. Finally, if all else fails, I don’t imagine it’s going to be too difficult to find a non-official stream of the game online somewhere.

How to stream the Super Bowl on iPad 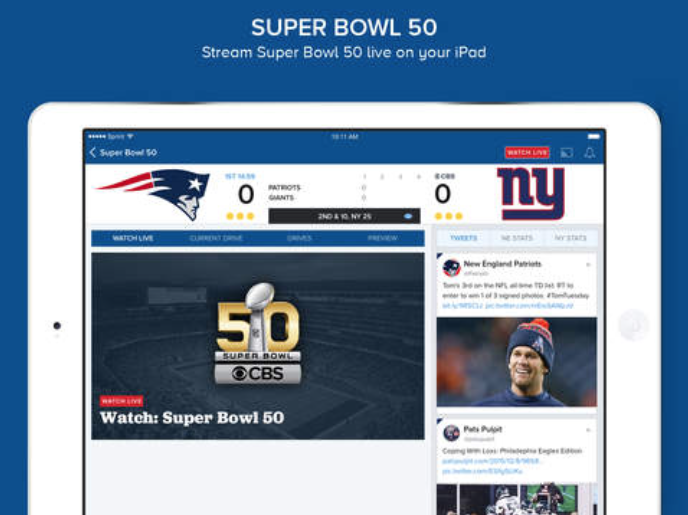 Getting the Super Bowl on your iPad is a much simpler task. Just download the CBS Sports app from the App Store—again you won’t need any kind of login credentials. In addition to live game coverage, the app will also offer stats, breaking news, highlights and other content. I’m sure there will be other options, but I can’t imagine you’ll find a better way to watch the game on your tablet than this.

How to watch the Super Bowl on Apple TV 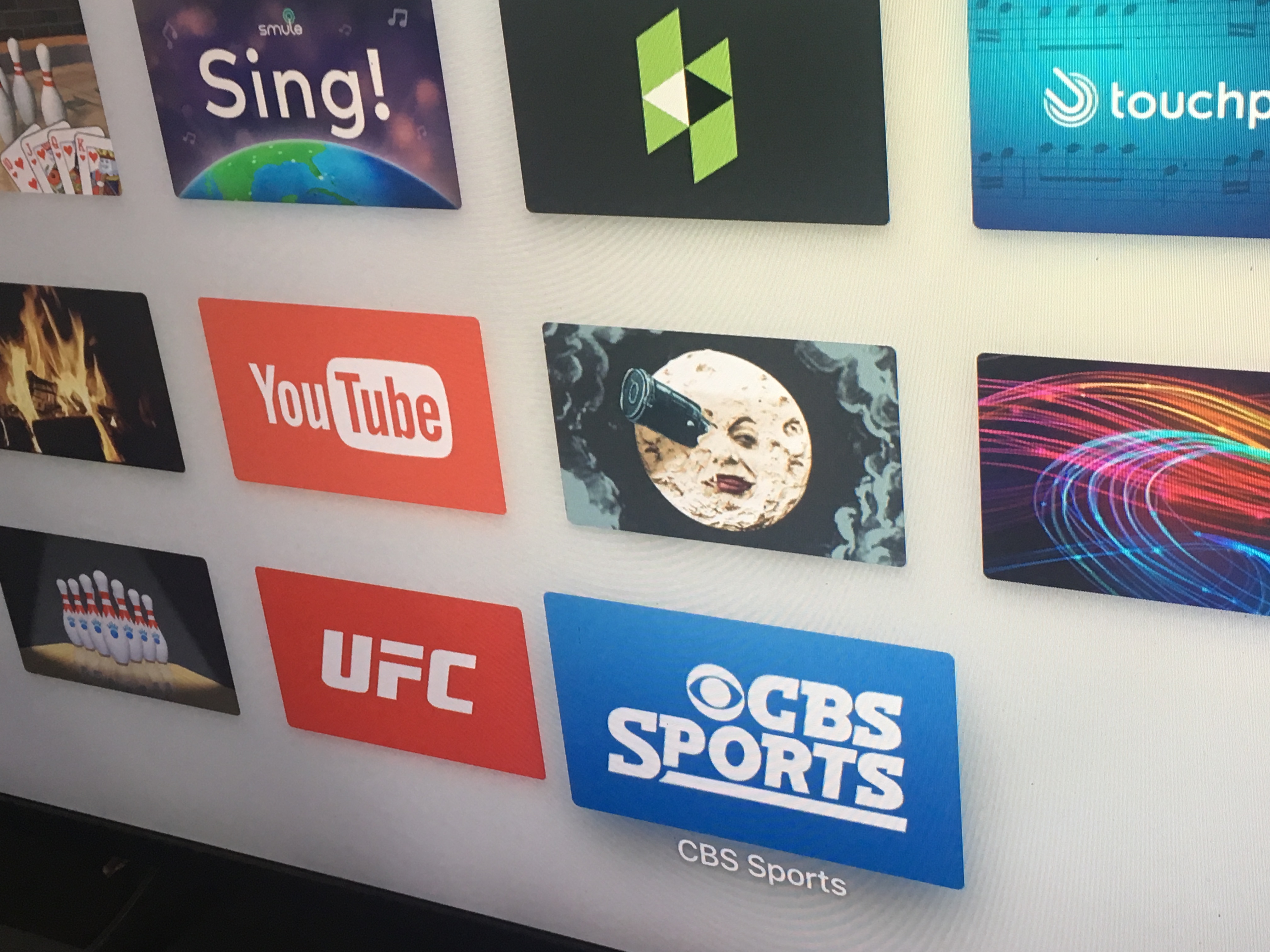 Luckily, CBS also has a CBS Sports app on Apple TV, so you’ll be able to watch the game through it. Folks who have the new fourth generation Apple TV will have to manually search for it and download it, but like its mobile counterpart, it’s free and doesn’t require a cable subscription.

How to stream the Super Bowl on PC or Mac 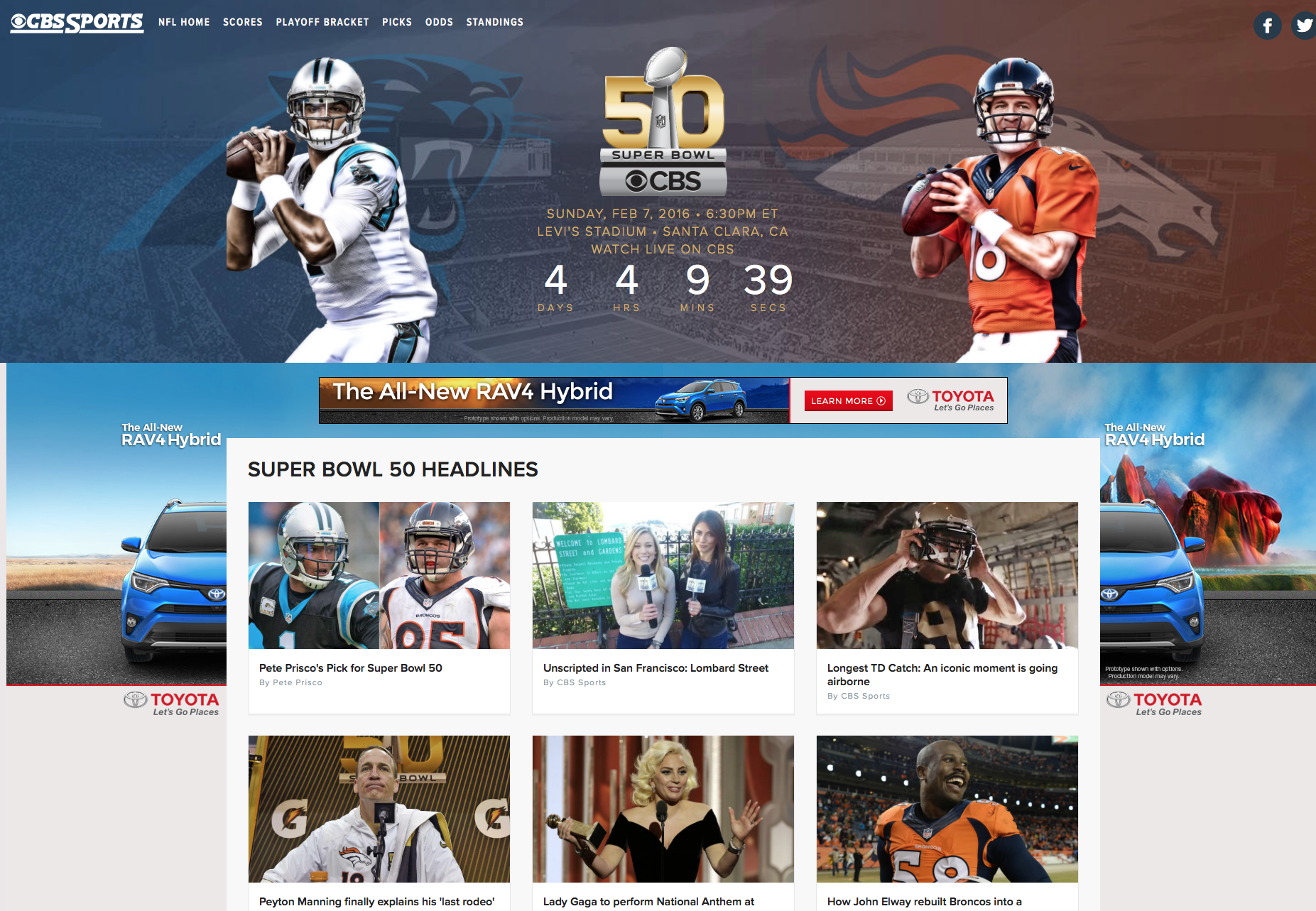 Watching the Super Bowl on your Mac or PC is also extremely easy. Just navigate yourself to the CBSSports.com website. As with the iPad app, expect to find up-to-the-minute stats, news and game highlights, in addition to the live stream. 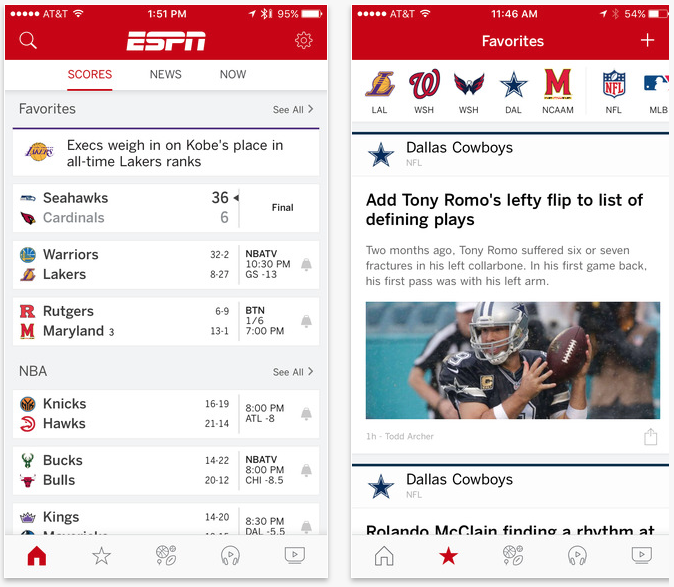 If you don’t really care about watching the Super Bowl live, but want to make sure you follow enough to participate in the water cooler conversations at work the following day, I have a few recommendations for you. The first is YouTube. Google’s popular video sharing service has a special section for Super Bowl commercials, so you can see each of the high budget commercial spots before they go viral.

The second is the official ESPN app. This will allow you to check the score of the big game at your leisure, and quickly access important information like who has gotten hurt, which player made the big play, and more. Yes, there are a number of sports-news apps in the App Store, but I like ESPN because it’s well-designed and very accurate.

Finally, I recommend Twitter. For all of its problems, I think Twitter makes for a great way to follow live events like the Super Bowl. You’ll see real-time reactions from fans, ex-athletes and other experts, and often times reporters will break news—think injury reports and other on-field issues—well before you see them on air. I know it’s tough to find these kinds of tweets unless you’re already following the right people, but if you just search the site for terms like #SuperBowl50 #Broncos #Panthers (or variations of these words), you’ll likely stumble across some great content.

Again, the Super Bowl kicks off at 6:30 ET on Sunday night at Levi’s Stadium in Santa Clara, California. If you think we missed something significant—particularly for international users (I’m not very familiar with non-US NFL licenses)—let us know in the comments below!