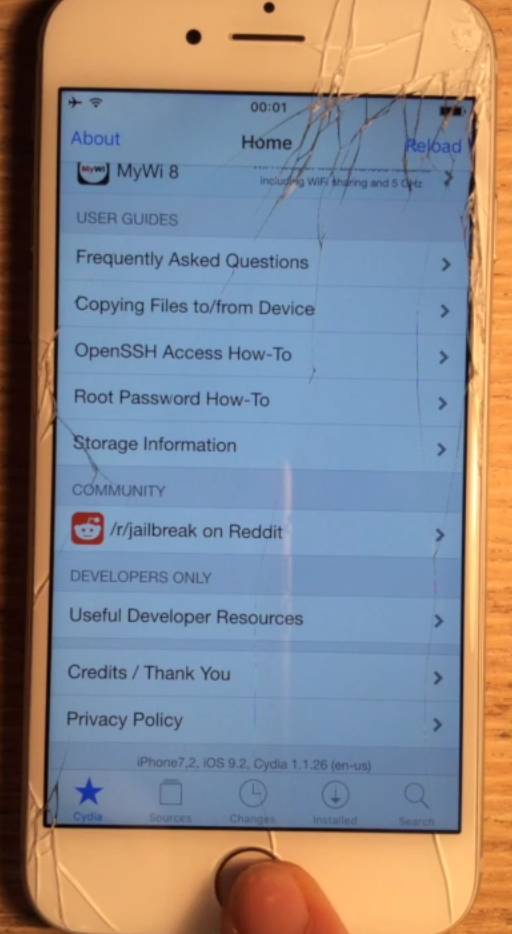 We haven’t seen a public jailbreak release for iOS since the Pangu 9 jailbreak for iOS 9.0-9.0.2, and as a result of the slowness in the jailbreak scene, many are either stuck without a jailbreak or are living without the latest features and performance/security improvements Apple brings to the table in current iOS releases.

But for those that are still hoping for another jailbreak to appear soon, iOS hacker qwertyoruiop has demonstrated that it is possible to jailbreak untethered iOS 9.2, 9.2.1, and 9.3 beta.

The hacker shared the demonstration video of the untethered jailbreak via Twitter on an iPhone 6 running iOS 9.2. In the video, qwertyoruiop launches Cydia to verify his iOS version, launches Mobile Terminal to perform a command, and even plays with WinterBoard themes before respringing his device.

Although the untethered jailbreak is only demonstrated on iOS 9.2 in the video, the hacker claims it will also work on iOS 9.2.1 and iOS 9.3 beta. Unfortunately, the hacker also hints this jailbreak will remain private in the YouTube description where sarcasm involving the supreme leader of North Korea, Kim Jong Un, is used to say “which shall be kept private for the Leader’s enjoyment.”

Are you waiting for a public jailbreak for iOS 9.2-9.3? Share in the comments!