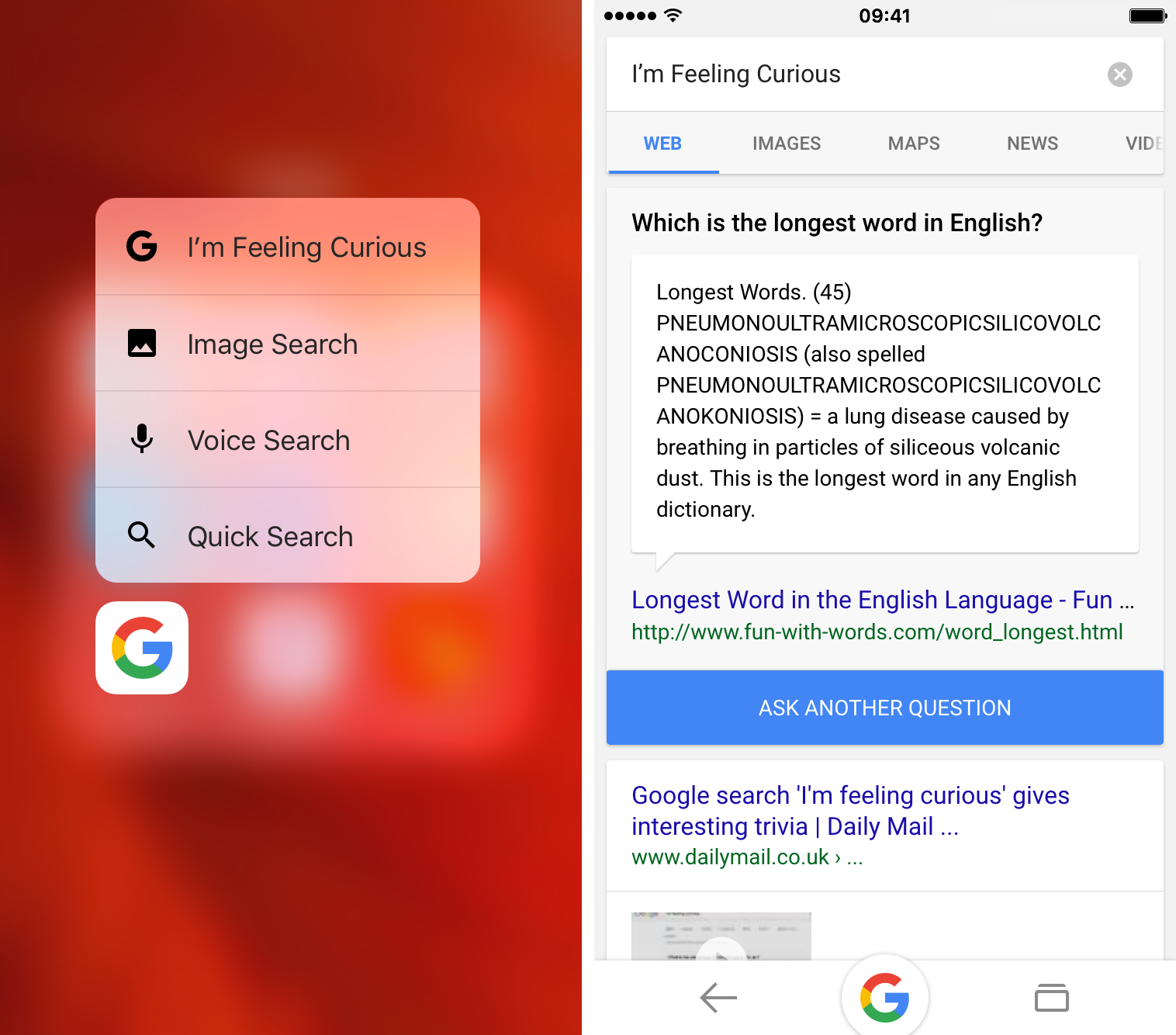 Google today issued a nice little update to its mobile search application for the iPhone, iPod touch and iPad. In addition to the usual assortment of bug fixes and stability improvements, version 12.0 delivers a novel use case for the 3D Touch feature on the iPhone 6s and iPhone 6s Plus: if you press the Google app icon on your Home screen, you’ll get a shortcuts menu with a new “I’m Feeling Lucky” option.

It’s the mobile equivalent of Google’s legendary “I’m Feeling Lucky” feature on the web which delivers a fun, interesting fact. But the new app has another surprise up its sleeve, provided your device is running iOS 9.

As mentioned, and pictured on the screenshots top of post, just hard press on the app icon and then tap the I’m Feeling Curious to quickly open the app and display a fun fact. To display another random trivia from Wikipedia, tap the blue Ask Another Question button below your search results.

Also, when you get back to the search screen (by tapping the round Google icon centered at the bottom of the app’s interface) and tap the Google logo, you’ll see a nice little playful animation, part of Google’s revamped logo appearance.

“Using iOS 9? Tap on the Google logo for some fun animations,” reads the app’s changelog in the App Store. Other than the new 3D Touch shortcut and the logo animation, this edition of the app has no other outward-facing user features.

Grab the new Google app for free in the App Store.