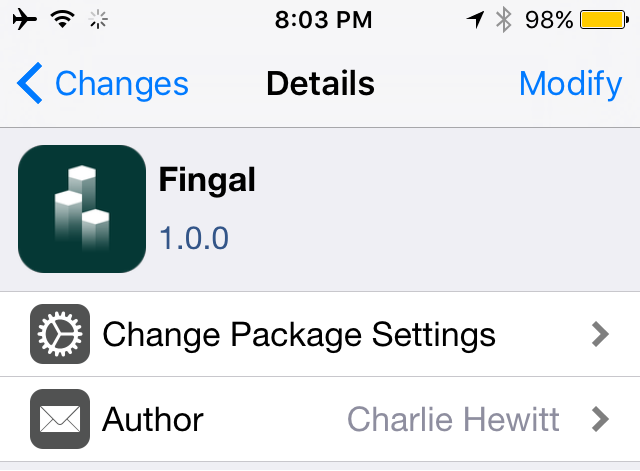 Take a moment to look at the Home screen on your iPhone, iPod touch, or iPad; what do you see? Some things that come to my mind are: stillness, simplicity, and boredom.

With a promising new jailbreak tweak release dubbed Fingal, which is now available as a free download in Cydia’s ModMyi repository, you can add a touch of motion and liveliness to your Home screen.

Why Fingal is an awesome addition to your device

Just take a minute to stare at the animated GIF above. What you’ll see are a variety of application icons moving around and showing a little bit of animation. This is indeed the core functionality of Fingal, which promises to be a new kind of theming platform for iOS 8 and iOS 9 devices.

Here’s a closer look at some of the animations:

The animations you see for each of the individual app icons on the Home screen are very smooth and fluid, but obviously, the newer your device is, the faster the graphics hardware is going to be able to process the animations without lagginess. But nonetheless, even on a jailbroken iPhone 5 that I use regularly to test tweaks, I’m not seeing these animations slow me down too much.

The “Basic Example Theme” is installed by default on any device that you install Fingal on, and it’s a good way to see how your device will perform with animated app icons. The animations are mostly basic, and chances are, you’re not going to use it on a regular basis because you’re probably going to rather install a third-party animated theme from Cydia with much more stunning animations.

You’ll also notice we have a ton more themes for the individual app icons themselves. In our example, we’re using a third-party Fingal-compatible theme called ShakeIt Plus, which is available for free from the ZodTTD & MacCiti repository in Cydia: 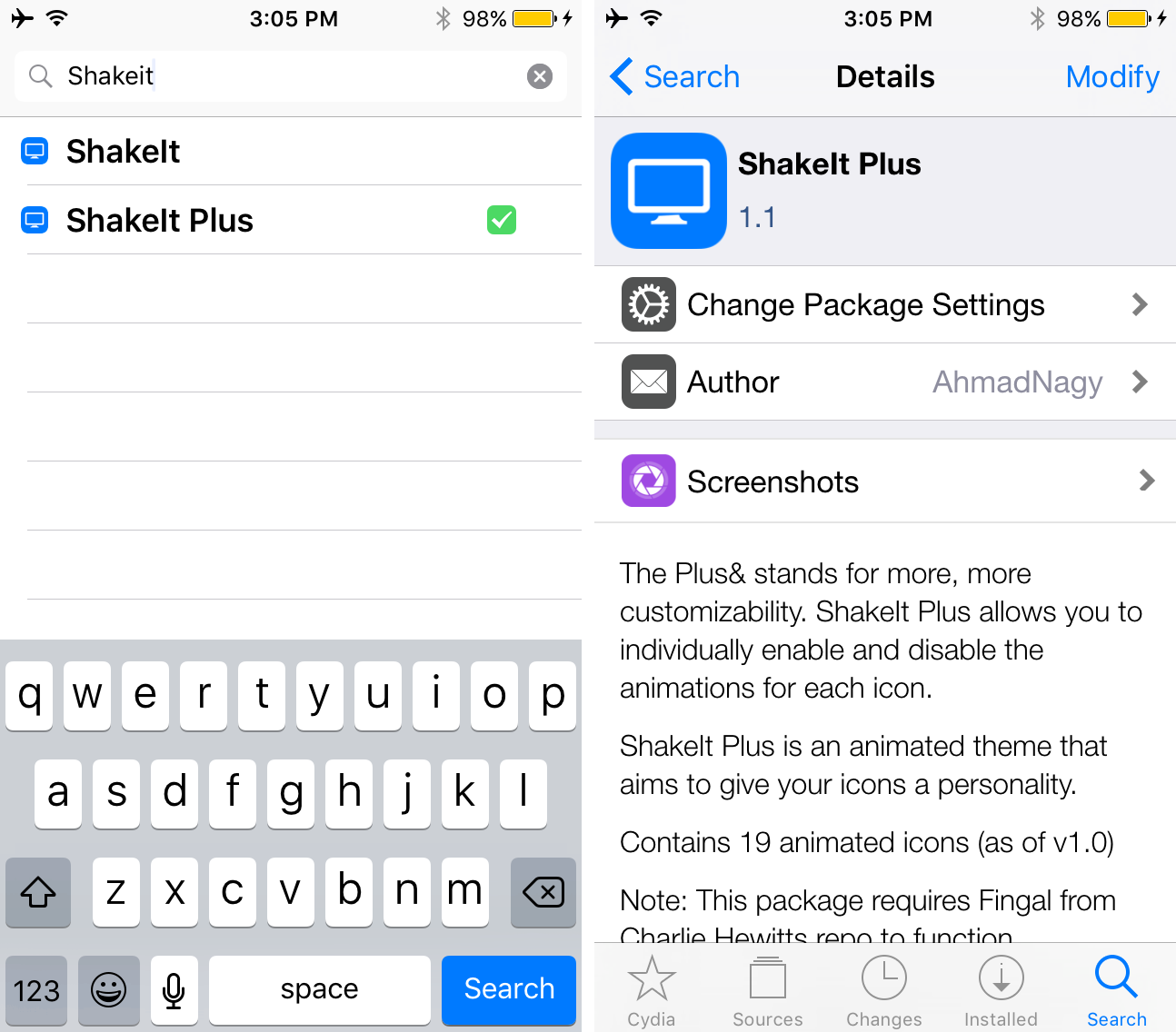 Once installed, you can head back over to the Settings app and visit your Fingal preferences pane, and you’ll see new themes available for:

After dragging them to where you’d like them to be – enabled or not – you can tap on the “Respring” button at the top right of the preferences pane to respring your device and save your selection. You’ll then be able to visit your Home screen and see the themes in action.

My thoughts on Fingal

Fingal is one of the coolest theme releases to date, and the fact that I can say that says a lot in itself because I’m not much of a themer; I’m a minimalist. With Fingal, you can keep the stock look of iOS on your Home screen, but add a touch of animation to it at the same time, or you can go all out and theme the icons to look completely different.

As for battery life? – Well, additional drag on the hardware does mean that your battery life could take a little bit of a hit, but it’s not going to be a dramatic amount. I would suggest just not being on the Home screen to stare at the animations for long periods of time, but with how cool everything looks after the fact, I do understand if you might be lured to the Home screen now more often than before.

Fingal, which is a free download from Cydia’s ModMyi repository, is an excellent new theming platform for any jailbroken device. At this point in time, the animated icon theme platform is very new and the selection of third-party themes is limited, but with time, you can expect something like this to grow in popularity and more developers will join the bandwagon to create some awesome effects and animations for your Home screen that you can pick from.

If you’re a graphic designer or theme creator, and Fingal looks like something of interest to you, I would encourage you to take a look at the inner workings of Fingal, which the developer has kindly made open source, and try to tackle a creation of your own.