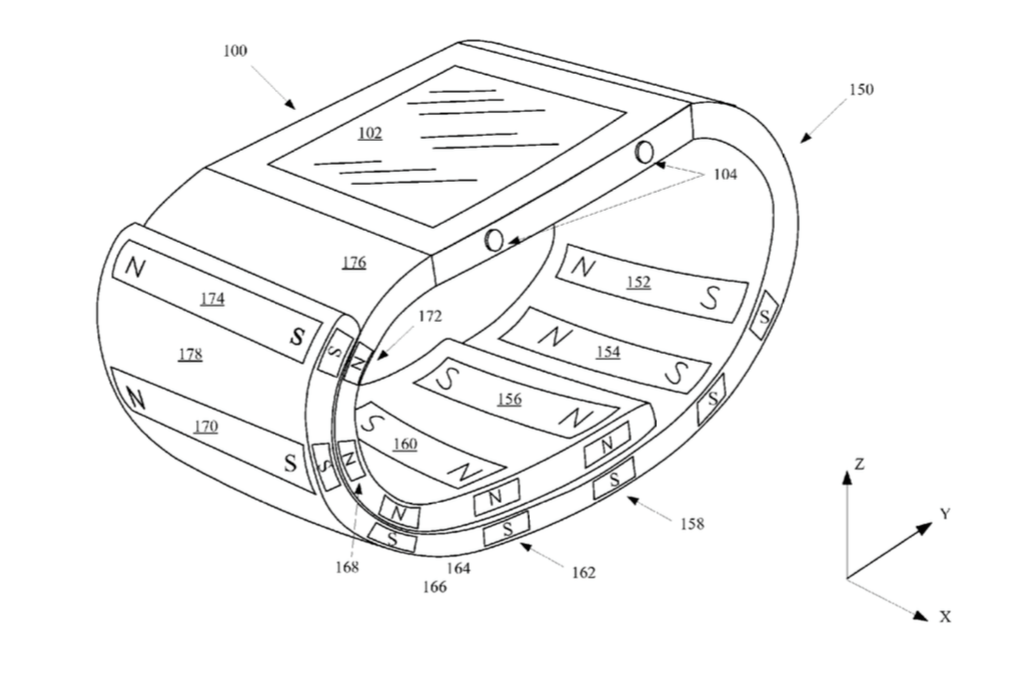 Apple is working on a new magnetic band for its Apple Watch that could transform into a stand, or protective case. The project, first spotted by AppleInsider, was brought to light in a patent application published by the United States Patent and Trademark Office on Thursday.

Aptly-named the “Magnetic Wristband,” the invention calls for a Milanese-style band consisting of two straps made from malleable material. These straps feature a series of magnets embedded in various polarity patterns that allow them to interact in unusual, but useful ways.

Shown in the graphic below are two manners in which the embedded magnets could be used to add further utility to the Watch band. The image on the left shows the bottom strap rolled up to form a stand, which would likely prove sturdy given the weight and strength of the magnets.

The image on the right demonstrates how both straps could be folded up to form a sort of protective casing around the Apple Watch, safeguarding its screen and important heart rate sensor. The condensed size would also make it a lot easier to store the device in your bag or pocket.

There are other use-cases mentioned in the patent filing, including the ability to use the magnetic band to temporarily attach the Apple Watch to a magnetic surface, such as a computer case. This type of storage would give users quick access to the device when they’re not wearing it.

As with all patents, we don’t know if this particular invention will ever materialize in the form of a product. But we will note that if Apple has completed development of such a band, the all-but-confirmed Apple Watch event coming up in March would be the perfect place to show it off.