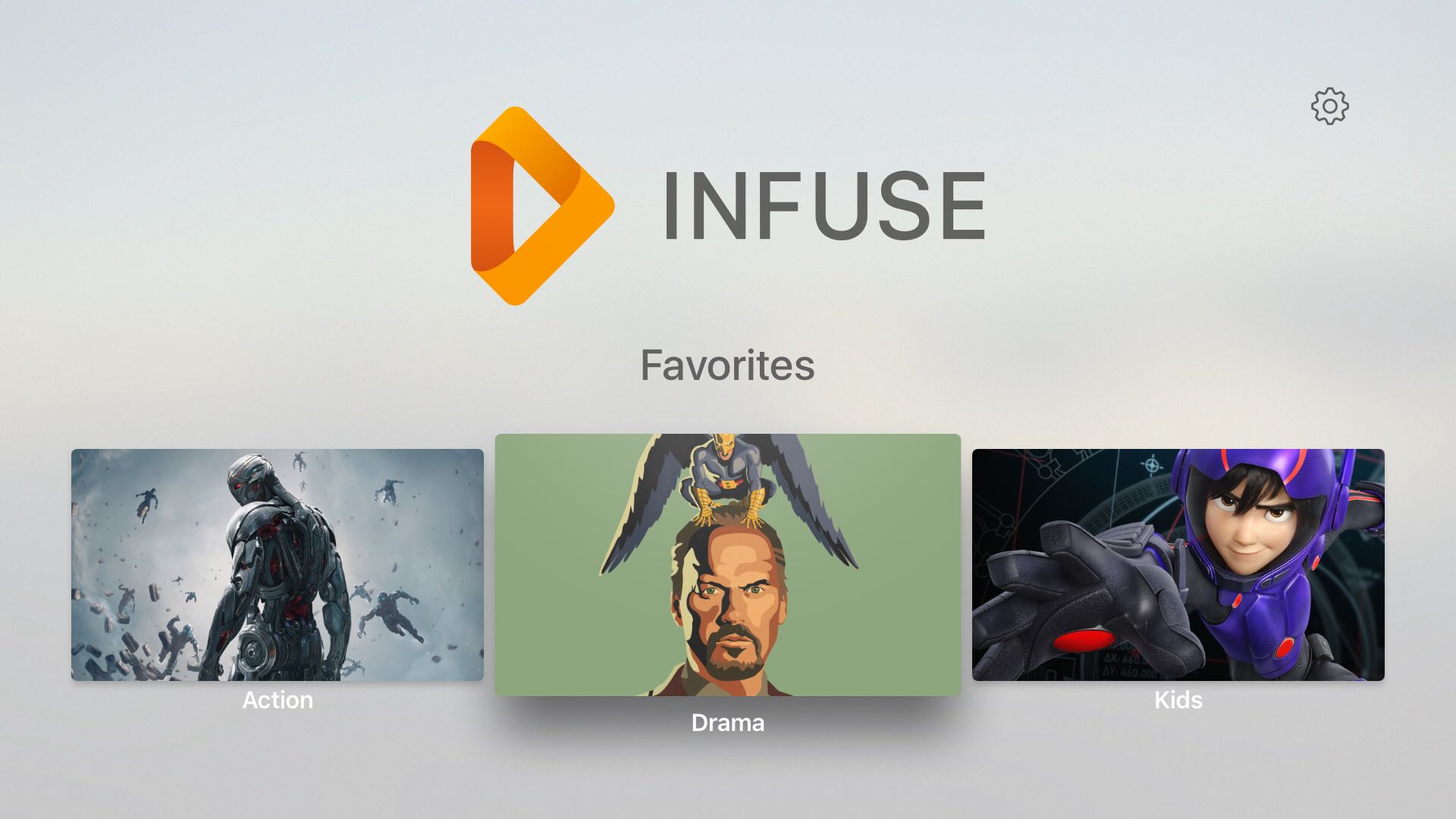 Infuse for Apple TV, a versatile media center app by aTV Flash Black developer FireCore, has received an update in the App Store today, bringing a bunch of welcome additions to the experience. No longer are those media folders you add to Infuse represented by generic icons: you can now add custom artwork to them, letting you pretty up Infuse’s menu.

New zoom options have been added for removing encoded black bars, you can now sort your media by filename and rename or remove a Favorite by long-pressing its icon. Read on for the full list of changes in this edition of Infuse.

AS evidenced by the screenshots, custom graphics for media folders you add to Infuse really make the app’s menu prettier. To add custom artwork to a Favorite, put an image file named “favorite.png” or “favorite-tv.png” with the resolution 1,920-by-1,080 pixels inside your media folder. 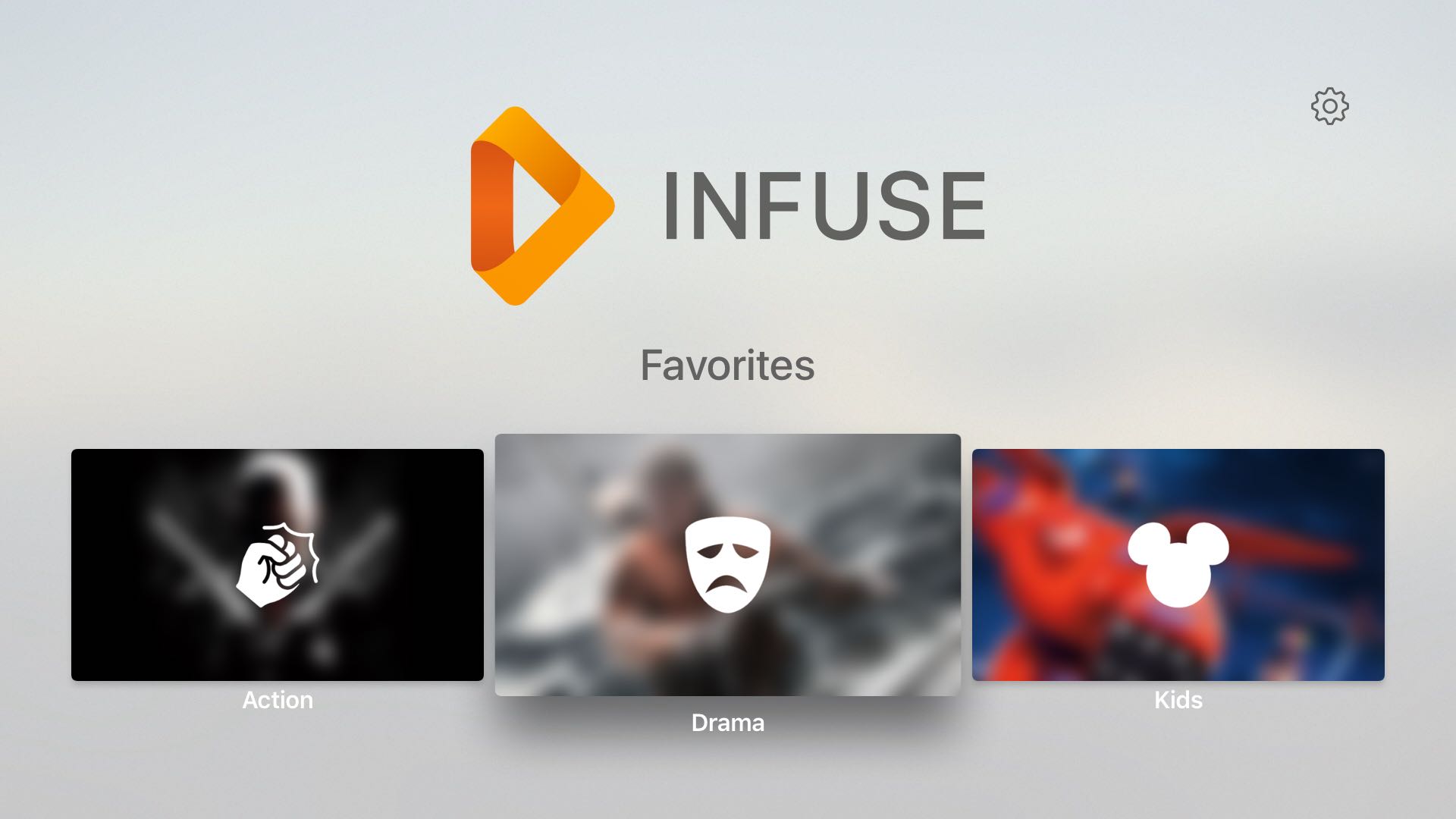 When you add any such folder as your Favorite, Infuse will automatically replace the previously nondescript icon with your graphics.

Other improvements worth mentioning include major playback improvements resulting in faster playback start/seek times, more reliable metadata fetching, better sorting for files like “Toy Story”, “Toy Story 2” and “Toy Story 3” and the ability to add a Favorite to Infuse through Apple’s Remote app, by tapping on the right side of the screen.

In addition to the aforesaid biggies, this edition of Infuse packs in a ton of under-the-hood improvements, listed in the changelog below.

Infuse can really turn your Apple TV into a home media center as it doesn’t require a desktop helper app to transcode your media—all processing and conversion occurs directly on the Apple TV hardware.

Read my review of Infuse for iPhone and iPad and Infuse for Apple TV.

Infuse 4 for Apple TV is a free upgrade for all current users of Infuse 3 for iOS, itself a freemium download from the App Store.

Advanced Infuse features that require a $9.99 In-App Purchase: support for additional video formats and Dolby Digital Plus (AC3/E-AC3), DTS and DTS-HD mobile surround sound, streaming a wider variety of video types over AirPlay and Google Cast, two-way trakt.tv sync of your watched history and playback, and background playback while your iOS device is locked.

Infuse for iPhone, iPod touch and iPad is a freemium download in the App Store.