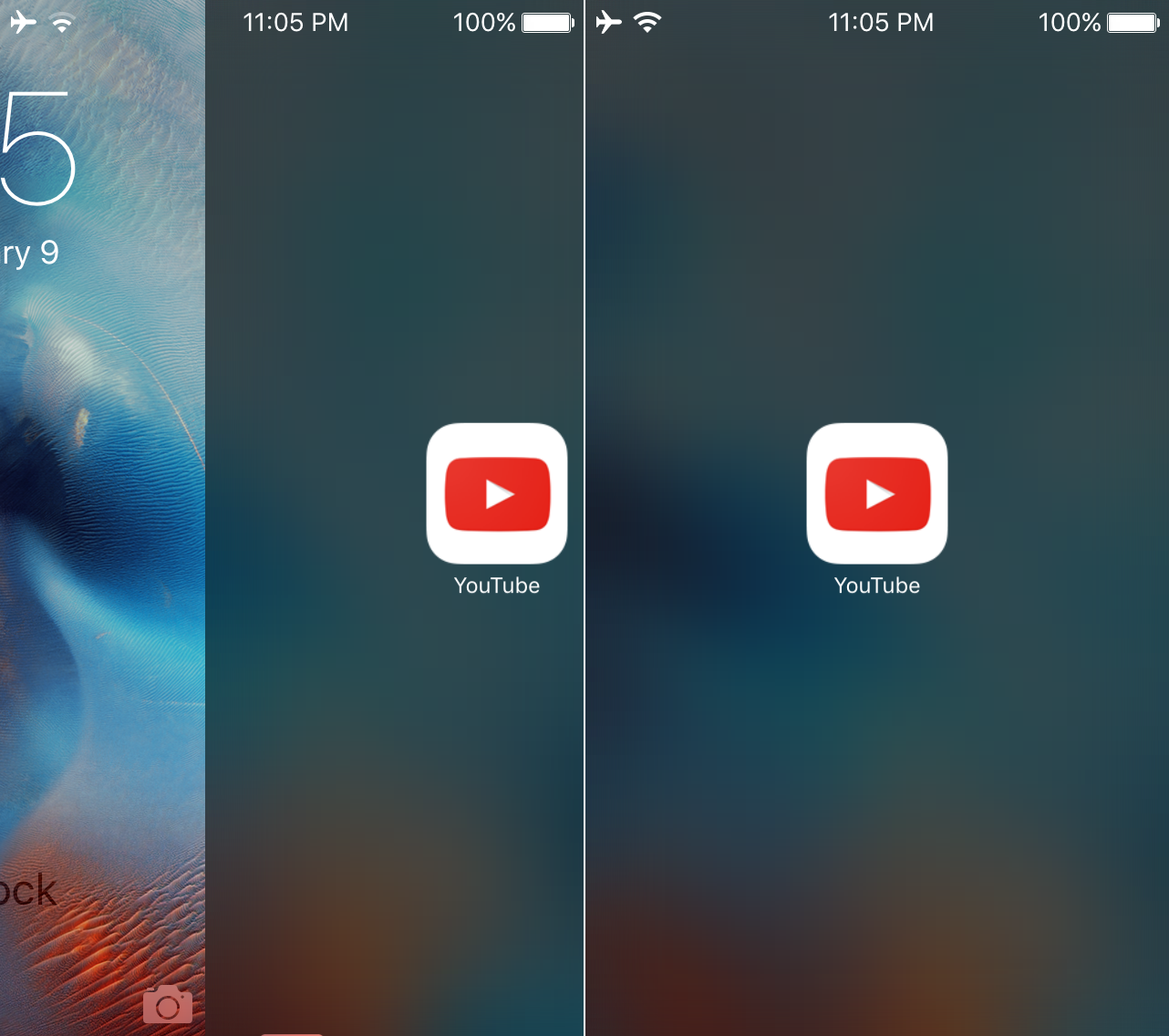 Akri is a unique implementation of a Lock screen app launcher because it’s completely out of the way until you actually need it. It’s accessed by swiping from right to left on the Lock screen, rather than left to right to unlock, and each swipe to the left that you make takes you to a new application shortcut that you set as a favorite app.

Configuring what apps are your favorite apps is easy too – you’ll find a new settings panel in your Settings app where you will be able to toggle the tweak on or off on demand, as well as pick the applications you want to set as favorite apps.

After every change you make in this tweak’s settings, you should use the “Respring” option just to ensure that your settings are saved; even if you’re just turning the tweak on or off.

How secure is it?

In terms of security, there’s nothing to worry about as long as you keep sensitive applications off of the Lock screen. The tweak is made in such a way that when you attempt to close an application launched from the Lock screen, the device will automatically lock so long as you have a passcode set. This means no one can get to your Home screen without knowing your passcode.

Obviously, you probably want to keep apps like Photos off of the Lock screen, because allowing access to your Camera Roll right from the Lock screen wouldn’t be good from a privacy perspective. Common sense also dictates that you should keep password apps, social networking apps, and perhaps even messaging apps off of the Lock screen too unless you really don’t care about privacy in those regards.

What I think about Akri

Akri is a fresh take on the dated Lock screen application launcher concept, but it will really only appeal to those that have a need to launch applications from the Lock screen.

With newer iOS devices, which have Touch ID, getting to the Home screen has never been faster and easier and a tweak like this might not really appeal as much for users of those devices, but with older iOS devices that still use the traditional Home button and passcode, this could be a quicker way to get to some apps in a situation when you’re in an situation where your attention may be divided and entering a passcode and then trying to find them on the Home screen to get to them might be a hassle.

One of the things that I don’t completely understand about the implementation Akri is why the apps are on separate pages. It seems like it would be less effort for the user if the applications were somehow consolidated on a single page and the user didn’t have to swipe to each one individually. It also feels like the swipe-by-swipe separation gives each page too much blank space.

One of my favorite features of Akri is the security feature that prevents users from closing out of an app accessed from the Lock screen when a passcode is set and ending up on the Home screen; that’s sure to keep people from exploiting the tweak to get into your device when you’re not looking.

Akri is available for download for $1.99 in the BigBoss repo.

Let us know what you think about Akri in the comments below!