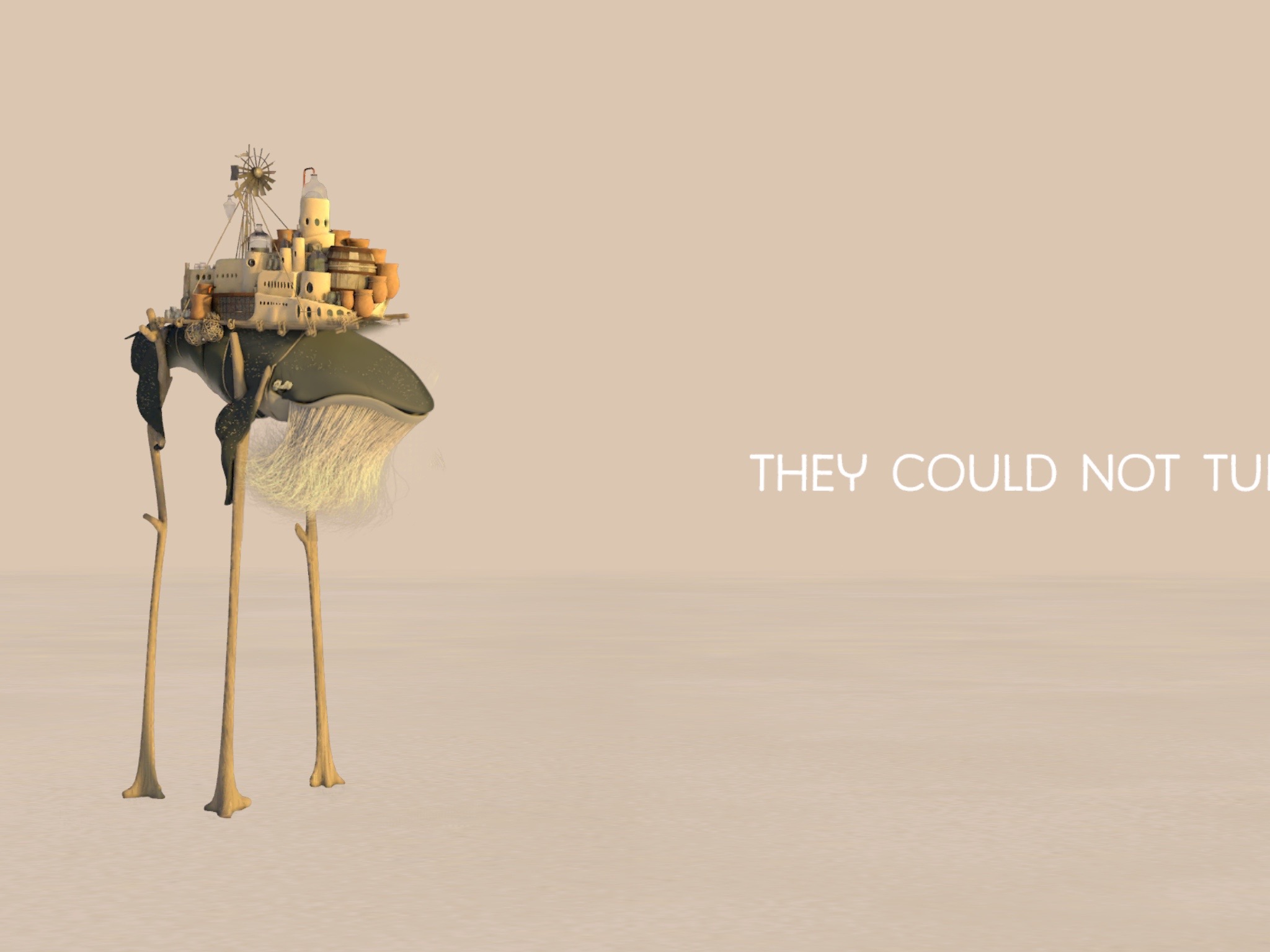 In a decade of immediate gratification, where conversations take place 140 characters at a time and games are scored by how fast you complete them, it’s nice to come across an app that does nothing but tell a story so you can slow things down, even if it is just for a moment.

Flewn is a highly stylized book with dozens of illustrations that you access with very little effort, but still feels significantly interactive just the same. We’ve got a full app review of Flewn for you right now.

The story of Old Whale

Old Whale is in search of an ocean. He travels across the desert wasteland on stilts.

He is alone, except for the water creatures that he has saved, traveling across a dried up ocean floor. He cares for the friends on his back so deeply that he won’t even cry, for fear of losing what is left of the world’s water.

You, as the viewer, follow along with Old Whale in his search for an ocean. What you find may surprise you.

Every aspect of this digital book is illustrated with high-concept imagery. Although it is called a book, the illustrations aren’t “pages” so much as they are scenes. The reader moves from one scene to the next by dragging a finger across the screen like they would turn a digital page, but it all looks more like a moving picture. 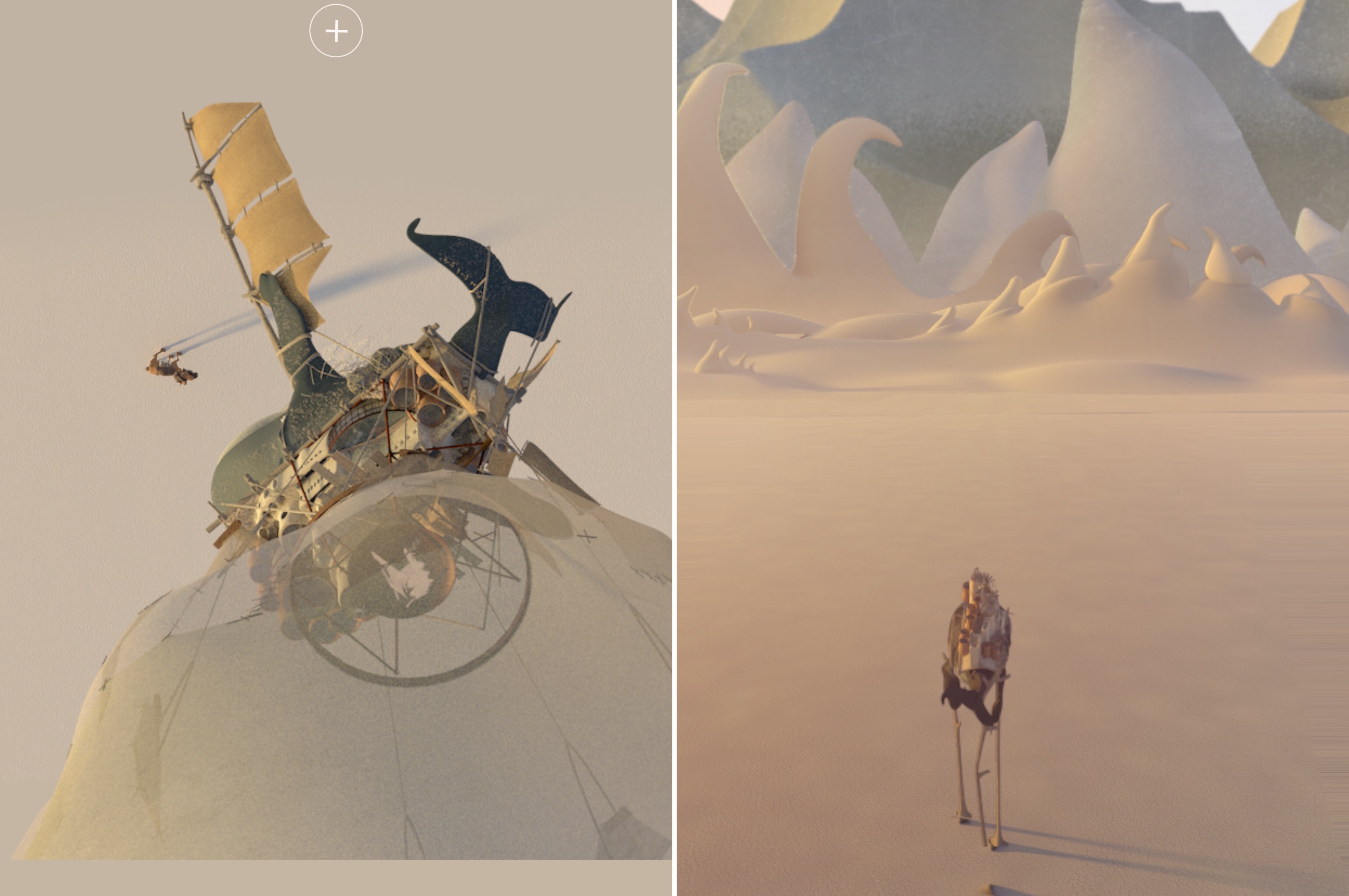 A digital book with a game mode

This is categorized as a book, but it really is a lot more than that. It has a melancholy story that might look cool to little ones, but probably has a bigger impact on older readers. I mean, it is a story about a whale crossing the desert on stilts, looking for an ocean. That’s pretty deep.

As you follow along with Old Whale’s tale, you read some text, but the sentences are short and easy to read. They are widely spaced and don’t get mixed up with the visuals.

Every once in a while, the manually driven story turns into mini video clips that are fully animated and include a new scene. Once the scene plays out, the story returns to book mode.

The book does not take very long to get through, but it is the kind of story that a youngling would probably want to re-read over and over, simply because the imagery is so pleasing to look at.

There is also a friendly frog that might pique some interest.

The frog, named Frog, appears in another section of this app, as well. There is a “game mode,” though it can hardly be called a game. It does require some skills at tapping, but players don’t need a lot of explanation to move through it.

Basically, players tap the screen to help Frog begin cycling his gyrocopter. Keep him in the air with continuous taps. The goal is to keep eating bugs in order to stay afloat. If you run out of energy, the gyrocopter falls to the ground and you must start over.

Frog intersects with Old Whale’s story and by playing his game, you will see the story from his perspective. 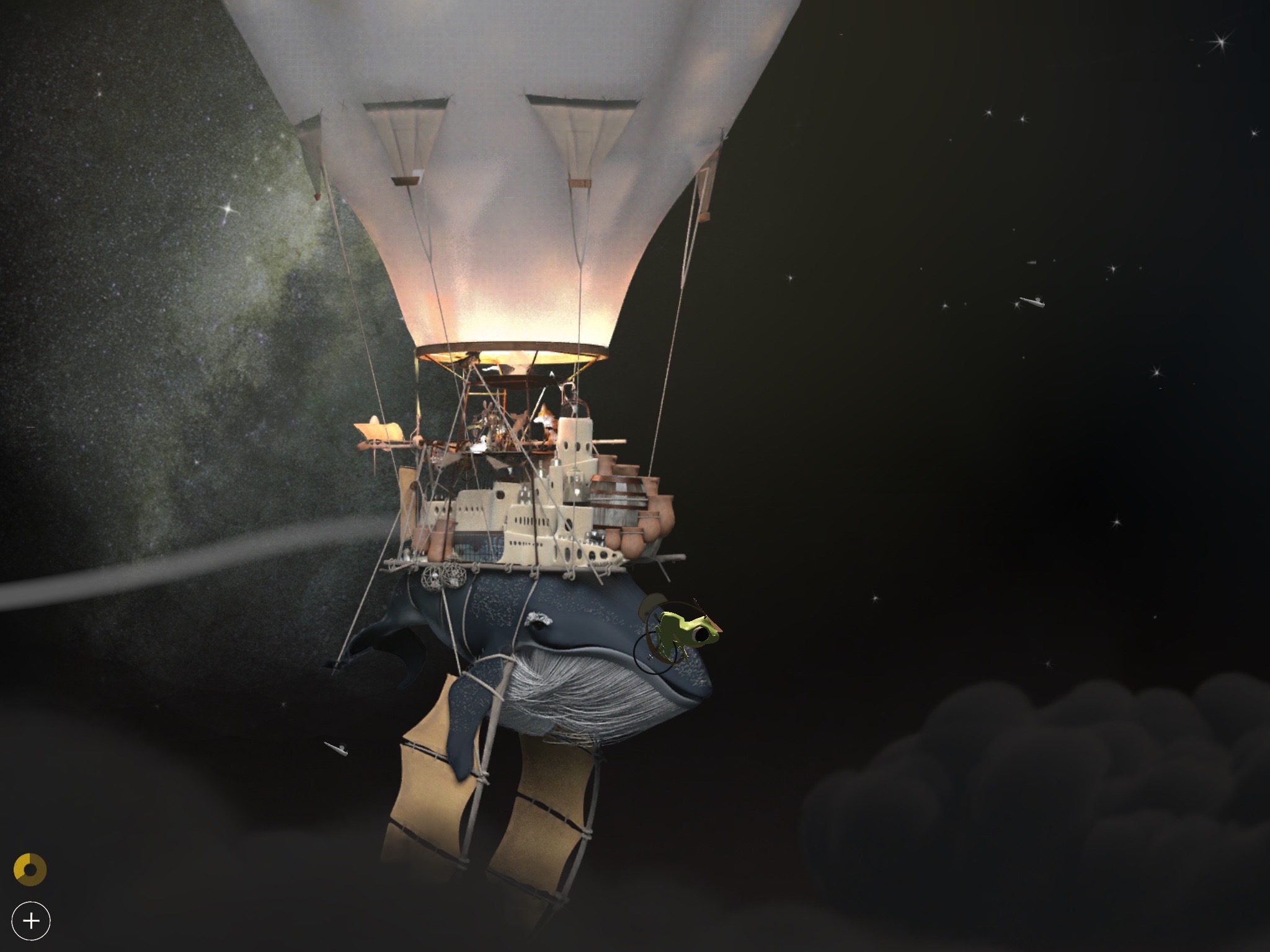 As a digital book, this is one of a kind. It is a quick read, but doesn’t leave you feeling like you wasted your money. It was clearly written with children in mind, but will appeal to adults with an appreciation for artistic style, too.

The hauntingly beautiful soundtrack is probably the most significant aspect of this book. It truly adds to the melancholy vibe.

Getting Frog fed properly was a real hassle for me at first. I ran out of energy about 10 times before I was able to get to the first cut scene. The game is secondary to the app, but the mechanics are a bit awkward and could stand to be a little easier, especially for kids.

You also can’t save the game and come back to it. You can only begin at specific chapters.

Flewn costs $3.99. It is worth the price if you have kids in your life that you want to read a unique and original story to. As for adults, I found it to be a pleasant way to distract me from the busy world, but it is a fairly short read, and might not be worth the download price. Although, the game mode perspective does double the content that you access.

If you have kids, I highly recommend this unusual story. The illustrations are picturesque and the plot is very unique. Story mode is a fun way to reread (though without text) the entire story from a different character’s perspective. Adults may find the book to be too short for the price tag, but if you appreciate the visual aesthetic, you won’t scoff at the price. This app is available on the iPhone and iPad. Download it in the App Store today.

What do you think of this unique storybook? Let us know in the comments below.