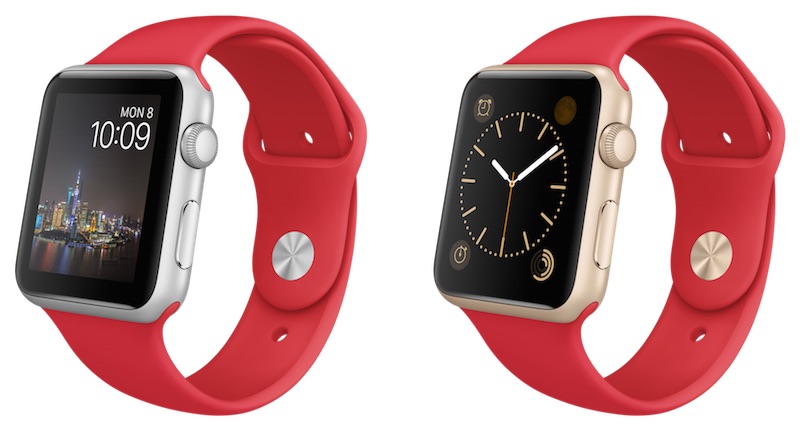 Apple will sell some new, exclusive Apple Watch Sport designs to celebrate the Chinese New Year, MacRumors said Tuesday. As evidenced by Apple’s websites in China, Hong Kong, Malaysia, Singapore and Taiwan, the new models of the Apple Watch Sport will be available in the aforementioned countries until February 22.

That information was briefly available on the website before being removed earlier today. With a rumored Apple Watch 2 media event planned for March, Apple is likely to roll out additional bands to accompany the launch of a second-generation Apple Watch.

“The exclusive models and their prices have not yet appeared on the Apple Online Store,” adds the report. It appears that Apple is making two exclusive Apple Watch Sport designs for the Chinese New Year, which takes place on February 8.

According to Mashable, these models include a yellow gold aluminum and silver aluminum cases with dark red bands, as pictured at the top of the post.

We’ll update the post as soon as new information about the new models is available.