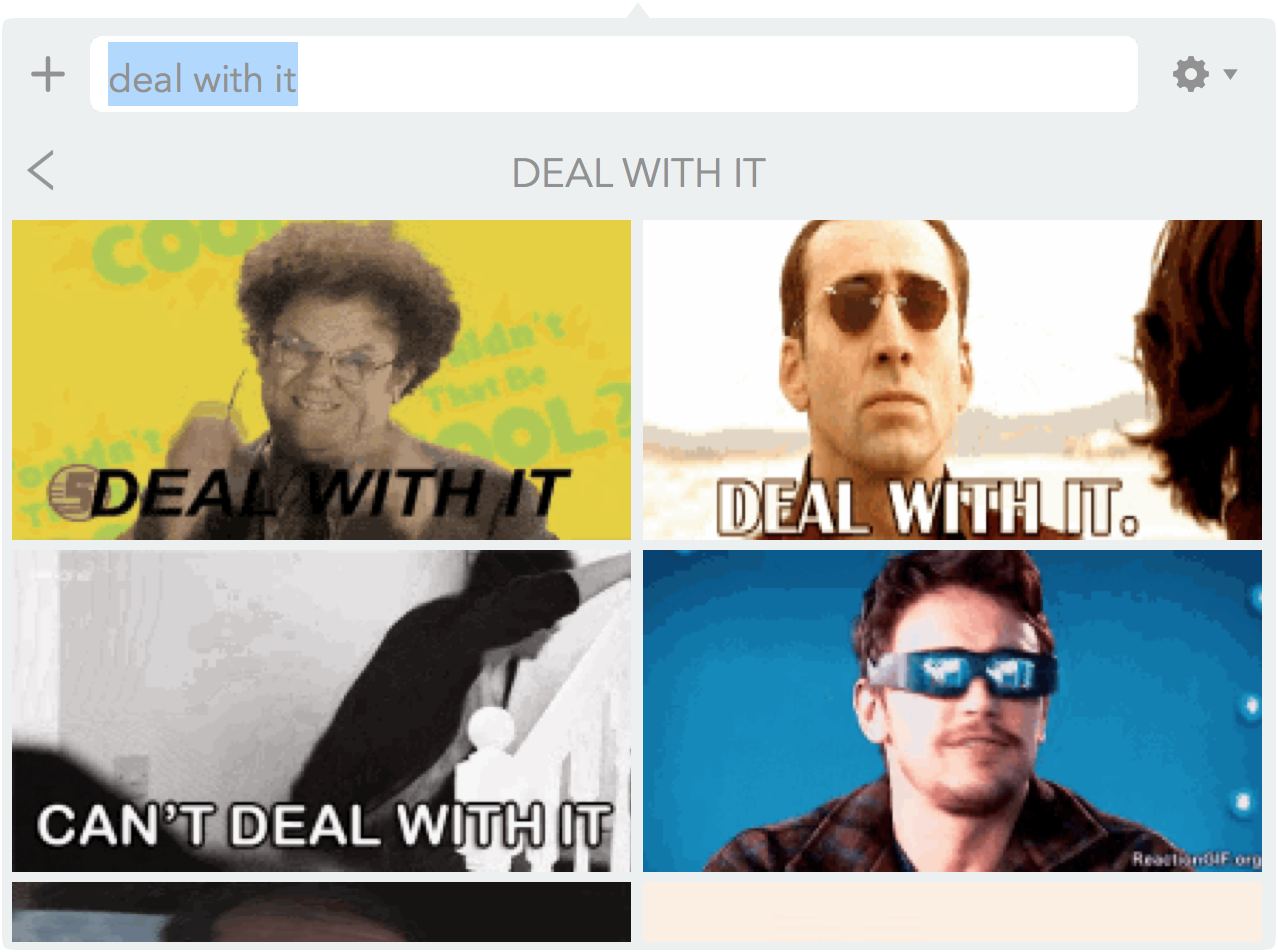 The name “GIF Keyboard” is a bit of a misnomer for the Mac version of the popular GIF sharing utility. While the iPhone version of the app truly does work as a third-party keyboard on iOS, there is no such implementation on Mac, despite it retaining the same name.

Unlike the iOS version, GIF Keyboard runs in the menu bar on OS X, but the end result—the ability to quickly and efficiently share GIF animations with friends—is largely the same.

Released back in late October, GIF Keyboard was selected by Apple as one of the best new Mac apps for 2015. Even better is the fact that it’s available for free on the Mac App Store. 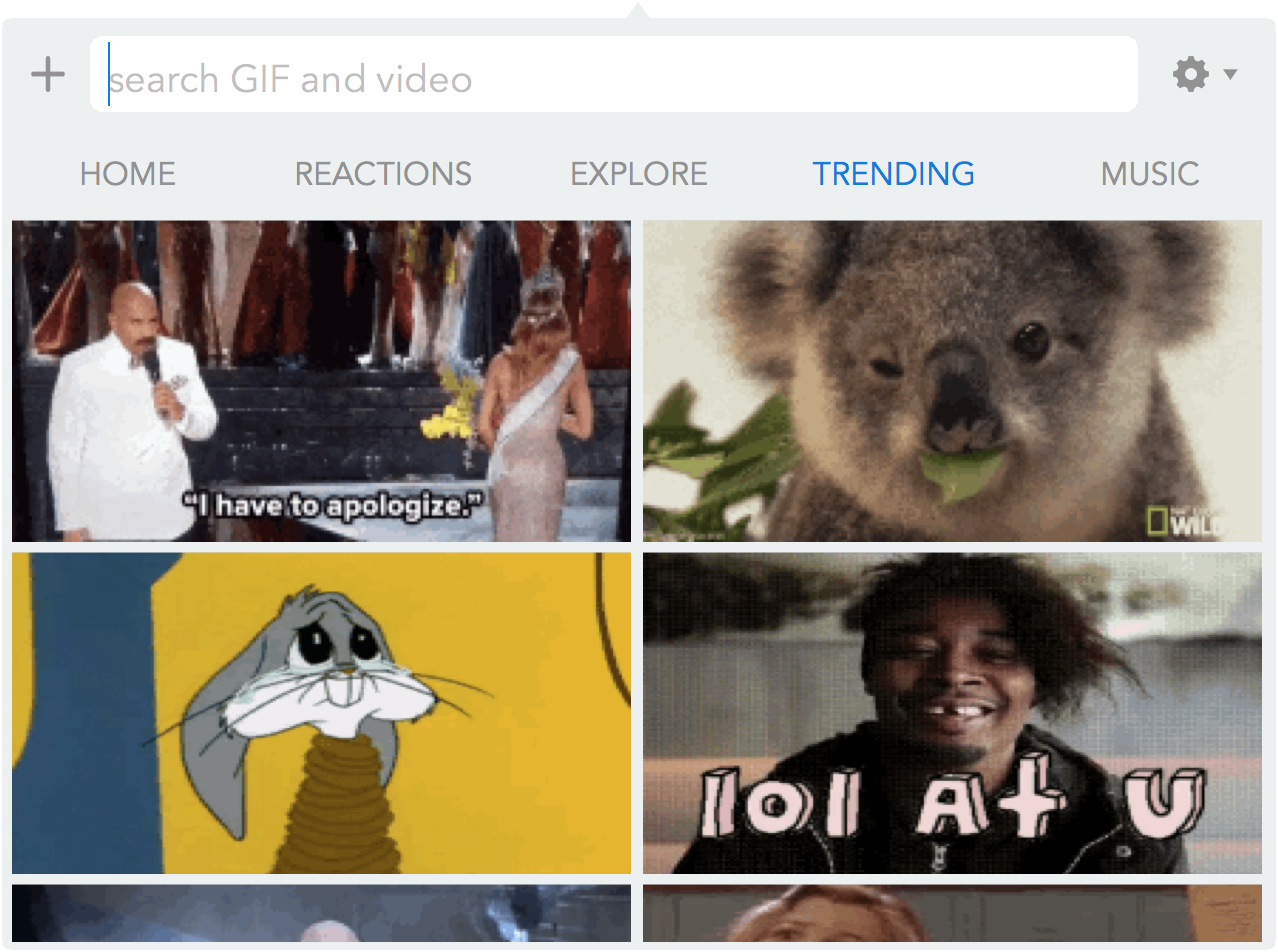 Most importantly, GIF Keyboard features a search box that allows you to quickly search for a particular animation. For example, I typed “Deal with it” in the search box, and was presented with dozens of “deal with it” GIF animations, all with the trademarked sunglasses in tow.

A simple drag-and-drop into the messages app is all that’s needed to share a GIF animation with a friend. You can also just click on a GIF to copy it to the clipboard, or you can click the ellipsis in the bottom right-hand corner of the animation for additional sharing and saving options. 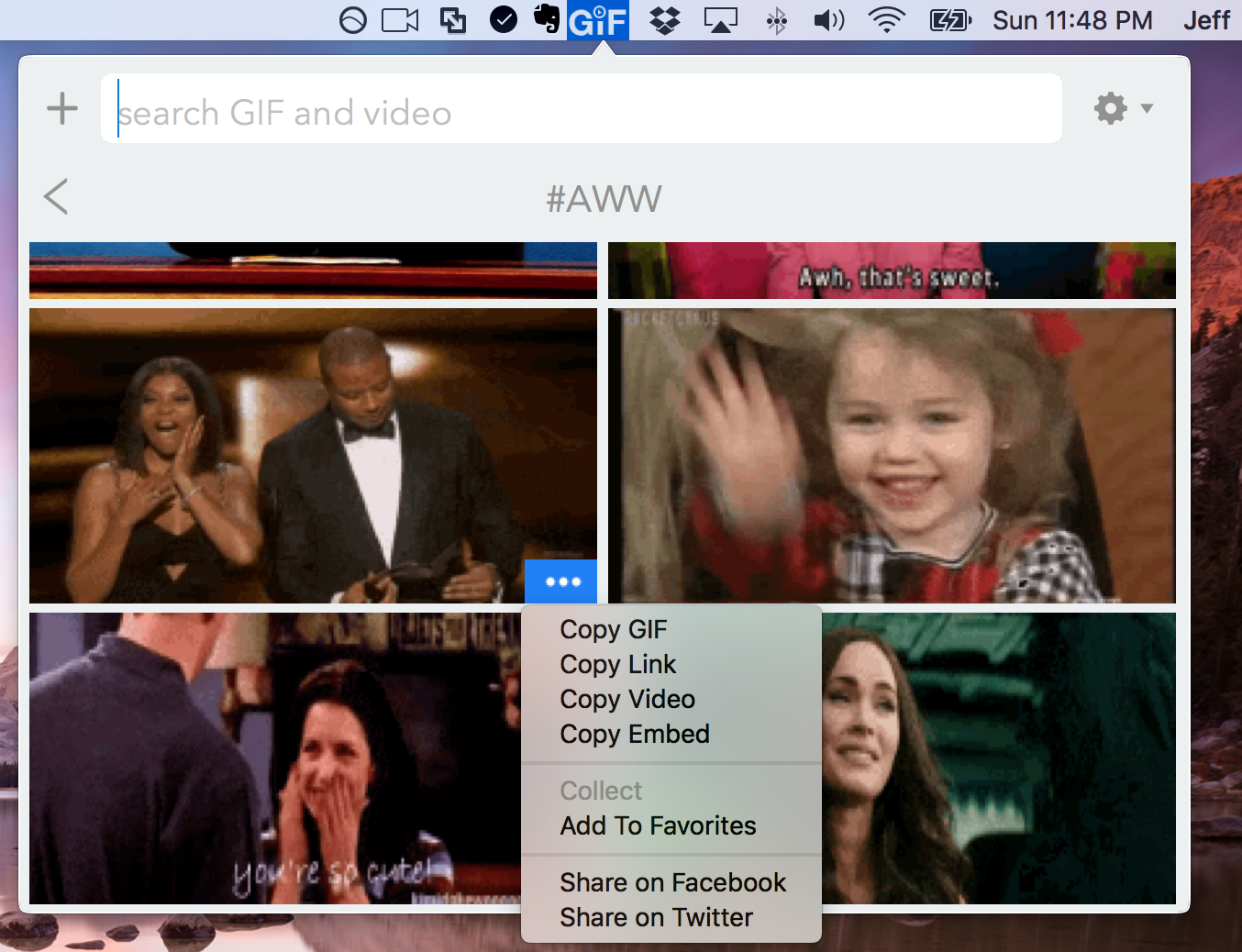 It’s also possible to save favorite GIFs and even upload your own GIFs if you’re willing to create and link to a Riffsy (the name of the company behind GIF Keyboard) account.

Riffsy continues to tread ahead with its rollout of additional apps for its GIF sharing service, as the Mac app joins the already existing iOS app. An Android app is on the way as well, thanks to the $10 million series A funding Riffsy received back in the summer time.

It may not make much sense to call GIF Keyboard for Mac GIF Keyboard, but the team at Riffsy is building a brand, and it looks like it’s working out well thus far. GIF Keyboard makes searching for and sharing GIFs so easy on Mac that it’s hard to argue with Apple’s “best of” stance.