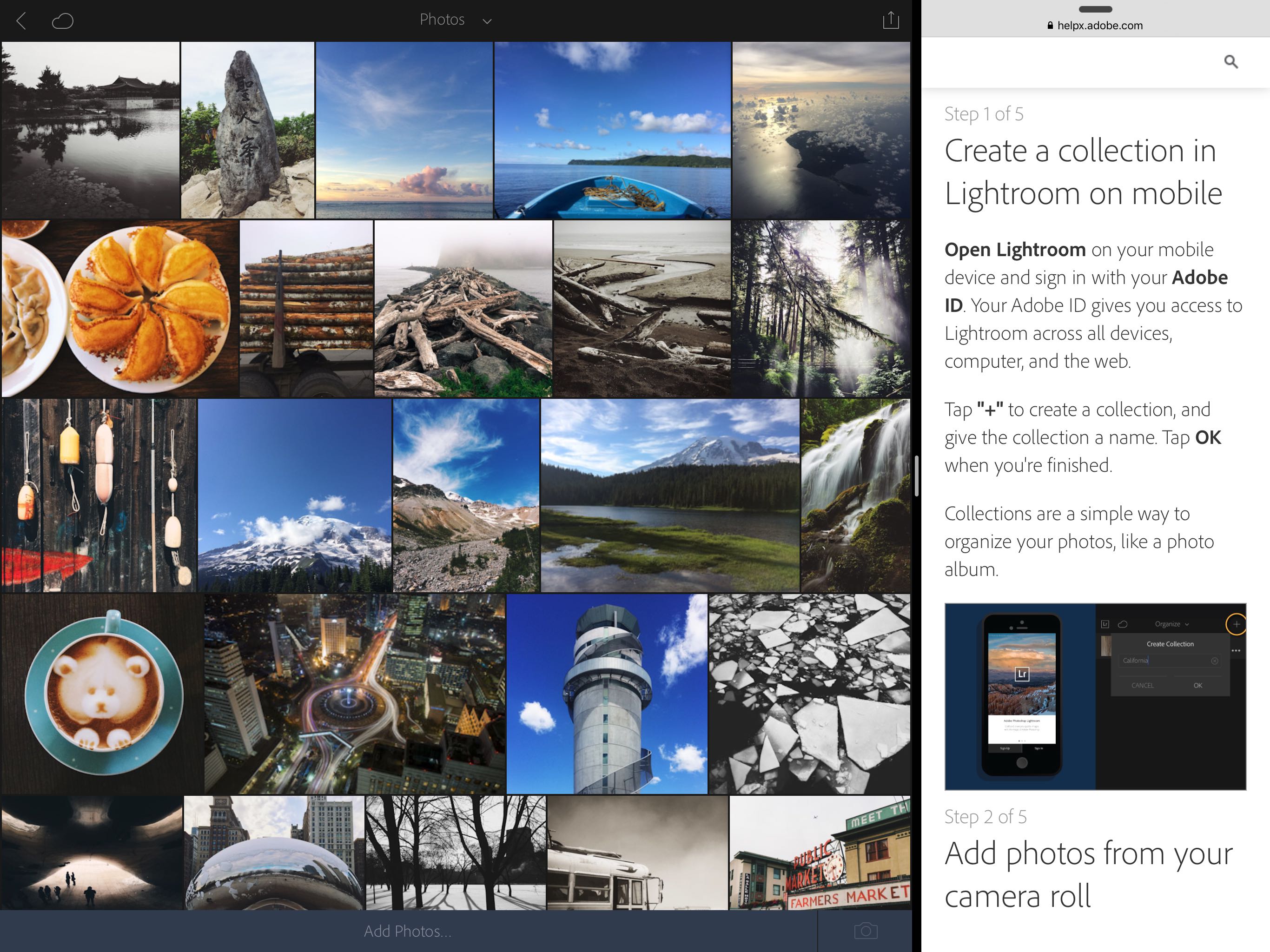 Adobe today unleashed a major update to its Lightroom photography application for the iPhone, iPod touch and iPad in the App Store.

Both Lightroom for iPhone and Lightroom for iPad apps now feature full support for the iPad Pro’s high-resolution screen and iOS 9’2 Split View and Slide Over multitasking modes, in addition to an all-new built-in Adobe camera with shoot-through presets.

You also get split-tone adjustments, a Notification Center widget to launch the Adobe camera, full support for 3D Touch shortcuts on the iPhone 6s and iPhone 6s Plus and much more.

On the iPhone 6s and iPhone 6s Plus, pressing lightly Lightroom’s icon on the Home screen lets you quickly access the app’s built-in camera. Within the app, 3D Touch can be used to preview your photos with Peek and Pop gestures in the grid view.

Lightroom now has an all-new built-in camera with several cool new features. For starters, you can now apply presets before you capture an image with real-time previews and the ability to adjust settings after the capture with non-destructive capabilities.

These shoot-through presets require iOS devices with Apple’s A7 64-bit chip or later, meaning the iPhone 5s and later and iPad Air and later. You will also appreciate the new Point Curve mode for the Tone Curve and the Split Tone adjustments tool. 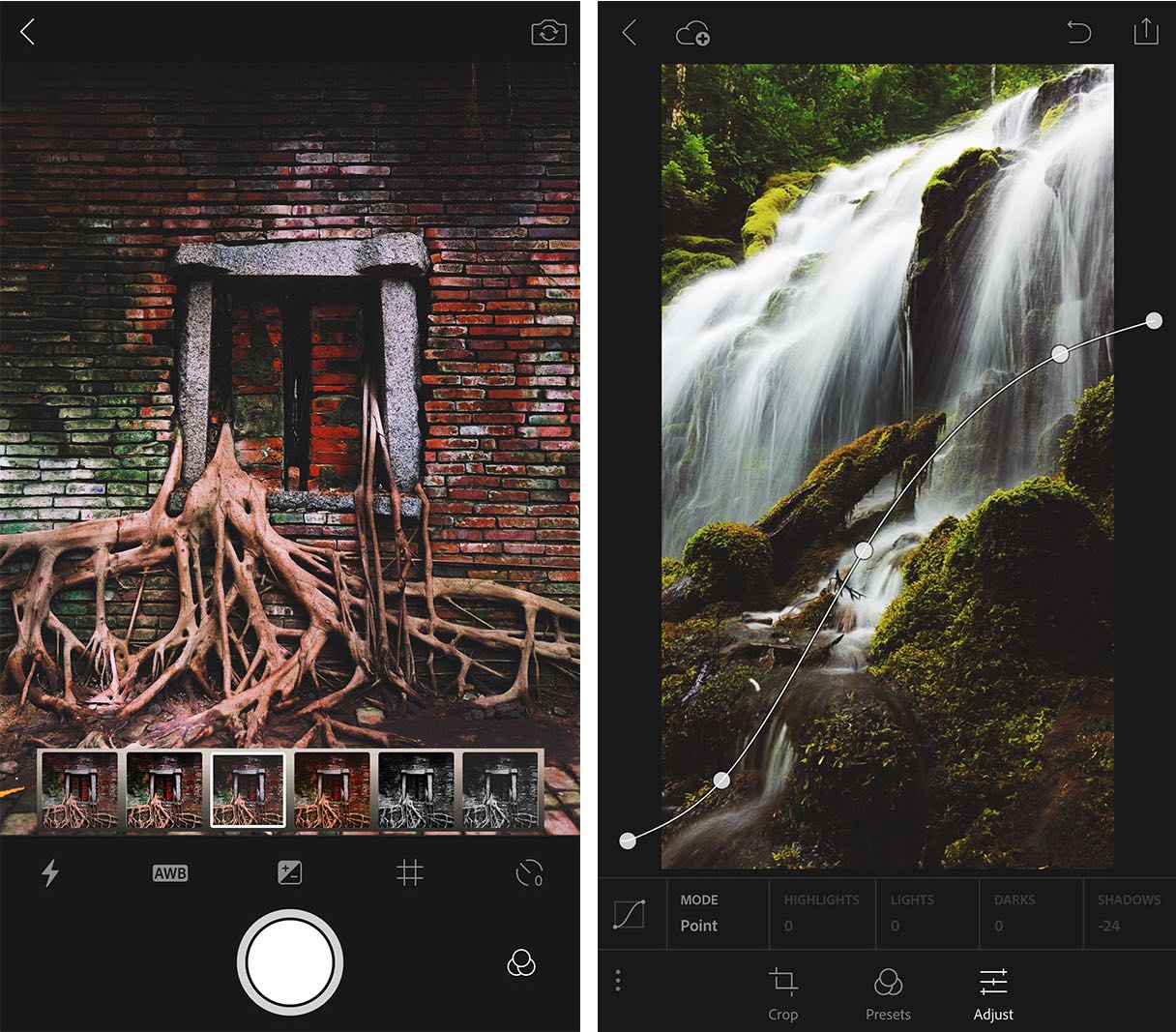 As mentioned, Lightroom now takes full advantage of the iPad Pro’s massive 12.9-inch canvas and lets you run it alongside other apps in iOS 9’s Slide Over and Split View modes on supported iPad models.

Other changes are detailed in the changelog, which I included right below.

The Lightroom apps have been updated with the following items:

Lightroom requires an iPhone, iPod touch or iPad with iOS 8.1 or later and is localized in English, French, German, Italian, Japanese, Korean, Portuguese and Spanish.