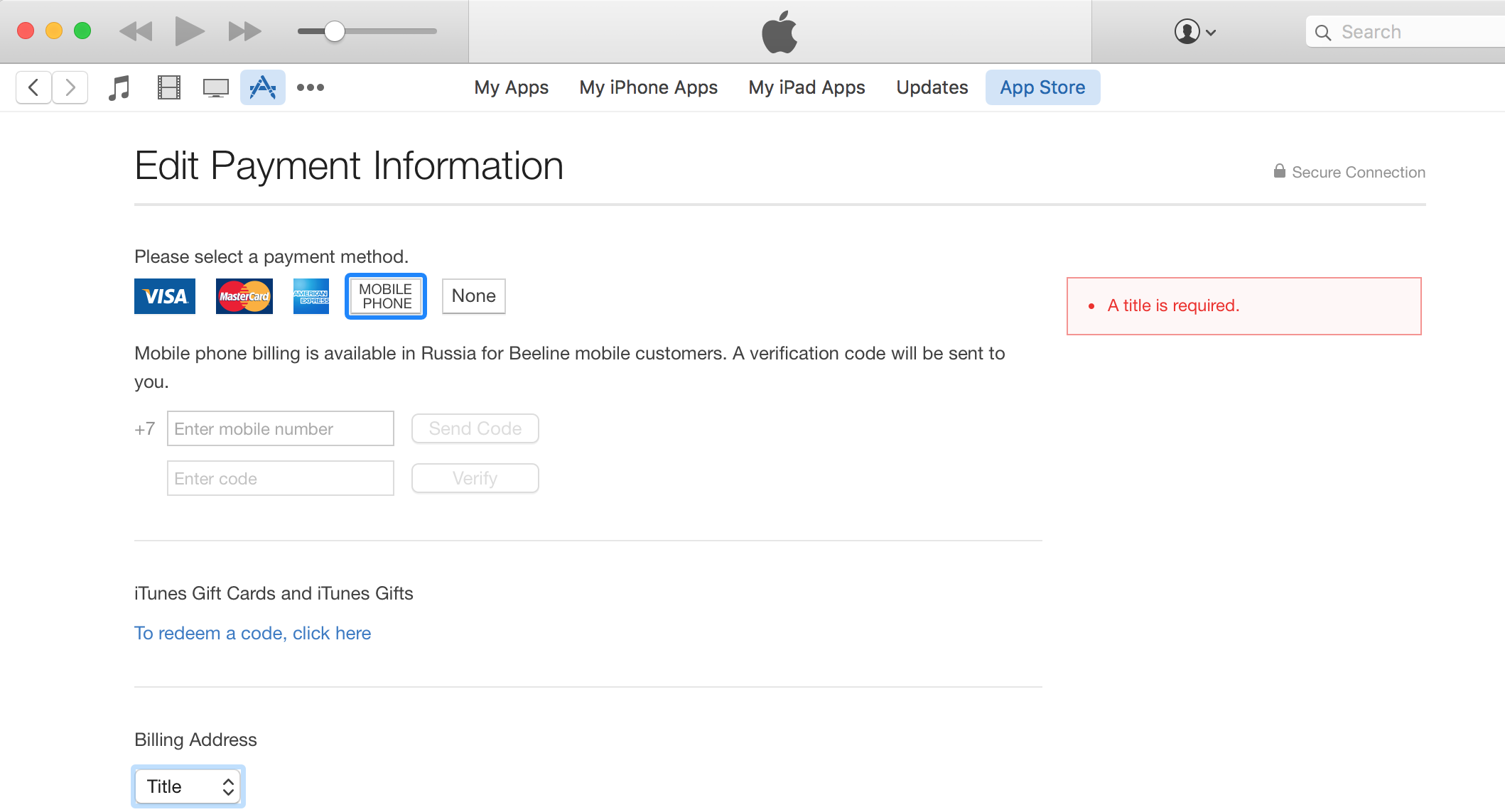 As it turns out, Apple has finally begun rolling out a new carrier billing option in emerging markets, starting with Russia. TechCrunch reported yesterday that Beeline, a mobile carrier in Russia, has now turned on the ability to make payments in iTunes through their billing system.

Carrier billing joins existing payment methods accepted on the App Store, iTunes Store and iBooks Store and was designed to allow customers to have app and media purchases and Apple Music subscriptions charged to their monthly mobile phone bill, or deducted from their prepaid amount.

“TechCrunch has confirmed that Boku is also the company working on the billing integration with O2 in Germany that debuted last month,” reads the story.

Setting up carrier billing requires verifying a mobile phone number with a confirmation code in iTunes.

RELATED: How to set up carrier billing as a payment method for the App Store, iTunes Store and iBooks Store purchases

With carrier billing, customers can buy anything on the iTunes Store, App Store and iBooks Store—apps, music, television shows and electronic books—and even pay for their Apple Music membership and In-App Purchases.