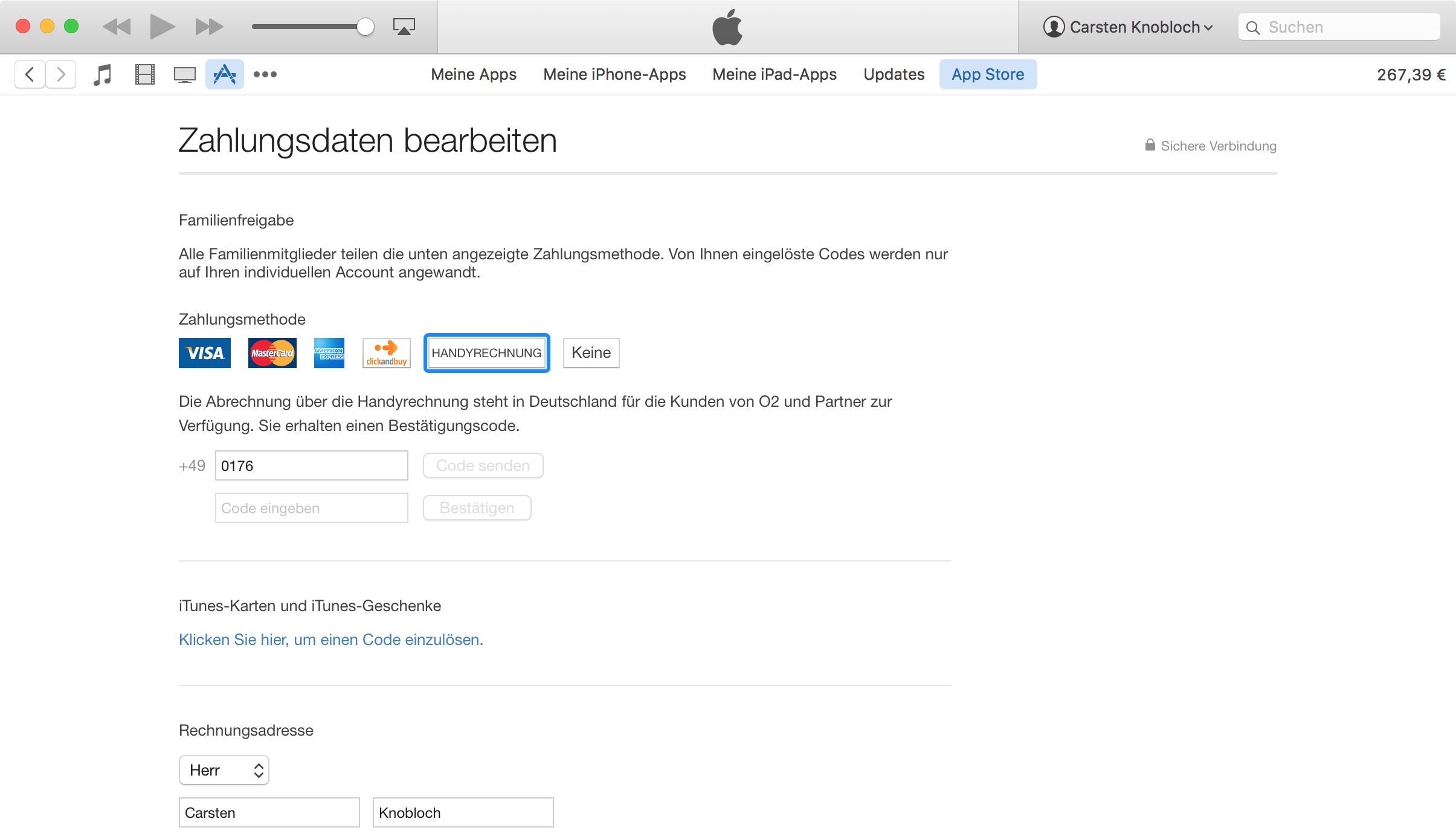 For the first time since its inception back in 2003, the iTunes Store has added a carrier billing option to allow customers to buy apps and media through Apple’s content stores and have their purchases billed to their mobile phone bill.

As first reported by TechCrunch, the new billing option is live for iTunes customers in Germany, who can link up their phone number with carrier O2, indicating carrier billing will likely roll out to additional markets in the future.

Telefonica, which owns O2, has confirmed “working with Apple related to carrier billing.”

According to a statement provided to TechCrunch by an O2 spokesperson, “payment via the O2 phone bill is now available for Apple Music, iTunes, App Store and iBooks Store purchases.”

The service will be available to all O2 customers, both prepaid and postpaid, in Germany by the beginning of November 2015, reads the statement. They’re gradually rolling out the service and prepaid customers who opt in will see their purchases debited from their prepaid amount. 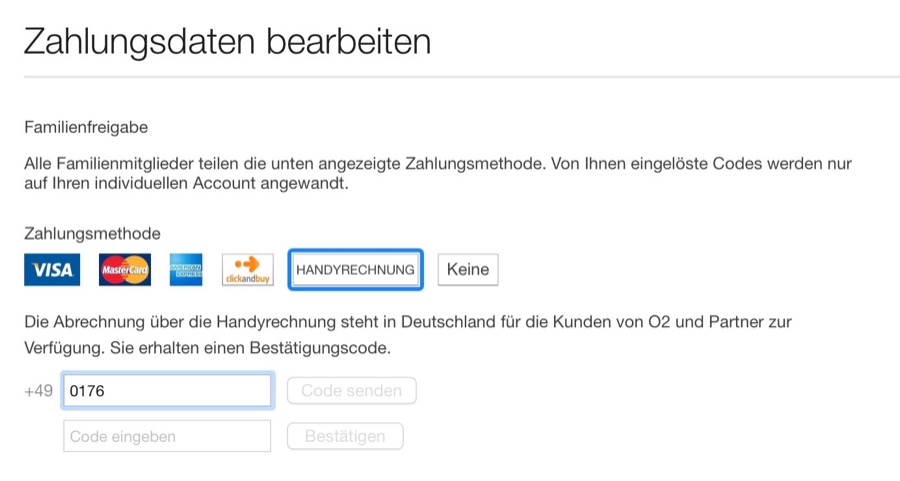 TechCrunch has heard that Apple might have partnered with carrier billing provider Bango on this service. Bango provides carrier billing services to other companies, including Amazon.

The iTunes Store has long supported linking customers’ credit and debit cards as a way to pay for purchases made on the store. Apple later added additional billing options, including PayPal, iTunes gift cards and credit.