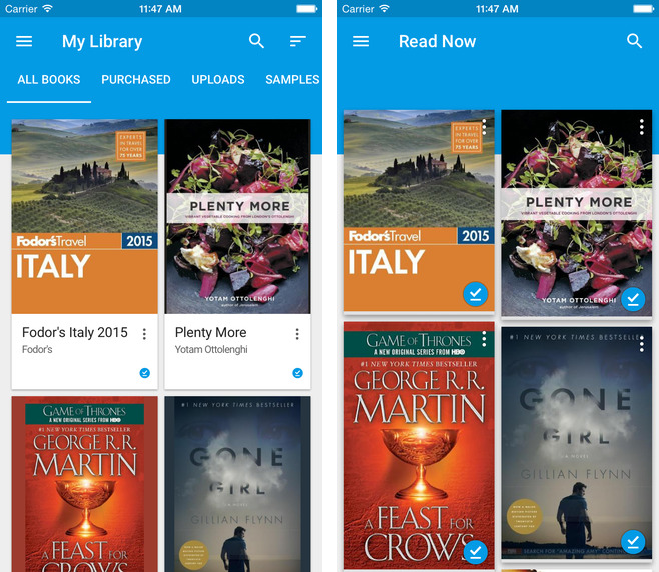 Several of Google’s applications in the App Store—including Docs, Slides, Sheets, Play Books and YouTube—have gained new features or bug fixes in a barrage of updates this morning. The company’s productivity and Office replacement app, Docs, will now render your comments and suggestions in Print layout, show line spacing and strikethrough in Office’s Compatibility mode and let you control paragraph directionality for right-to-left languages.

As for Slides and Sheets, these apps have received bug fixes and performance improvements, as did Google’s YouTube and YouTube Creator Studio for iOS earlier in the morning.

Google PlayBooks, the search giant’s iBooks of sorts, is now fully compatible with iOS 9 while bringing out a new fit-width option and another feature that lets you check out footnotes in electronic books without leaving the page you’re on.

This is what’s new in Google Play Books 2.6 for iOS:

Grab Google Docs, Slides, Sheets and Play Books at no charge in the App Store.