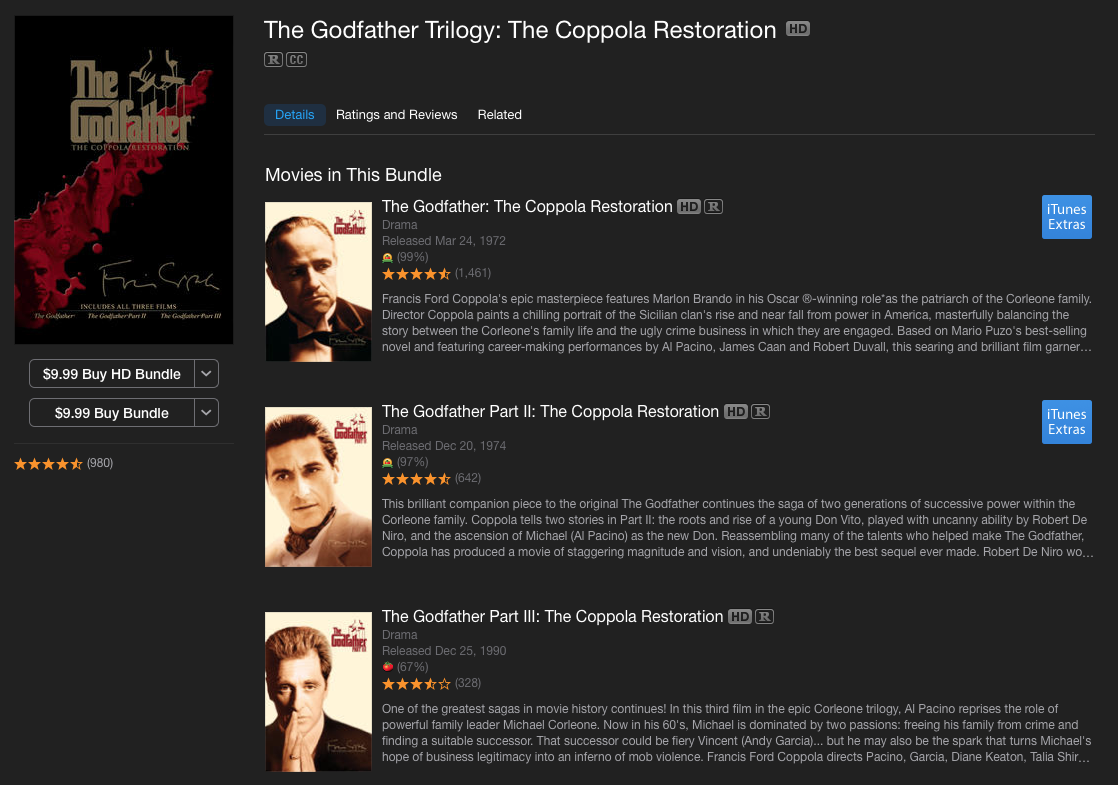 Thanksgiving is on Thursday, and unless you work in retail, chances are you have a long weekend coming up. And what better way to spend your extra free time than by watching one of the most popular film series in cinematic history: The Godfather Trilogy.

For a limited time, iTunes is offering the 3 movies, which follow the fictional Corleone crime family through the course of its history in the US and their homeland in Sicily, for just $9.99. That’s a savings of at least $20 over its Best Buy and Amazon counterparts.

The Godfather stands alongside classics like Citizen Kane in the ranks of the greatest American movies of all time. Director Francis Ford Coppola and author Mario Puzo adapted Puzo’s 1969 novel with an incredible degree of skill, patience, and emotional depth. It’s an old-fashioned gangster film that offers a probing look at the American dream. Marlon Brando invests the centerpiece role with the essence of his knowledge of what’s right. The movie contains so many great scenes and so much memorable dialogue–from its opening line, the heavily accented, “I believe in America,” to the final shot of a shutting door–that it’s impossible to name its finest moment. it was the high-grossing film of all time until Jaws, and it won three Oscars, including Best Picture.

You can find The Godfather: The Coppola Restoration in both standard and high definition for $9.99 here.

And if you’re interested, here are a few other iTunes movies on sale right now: