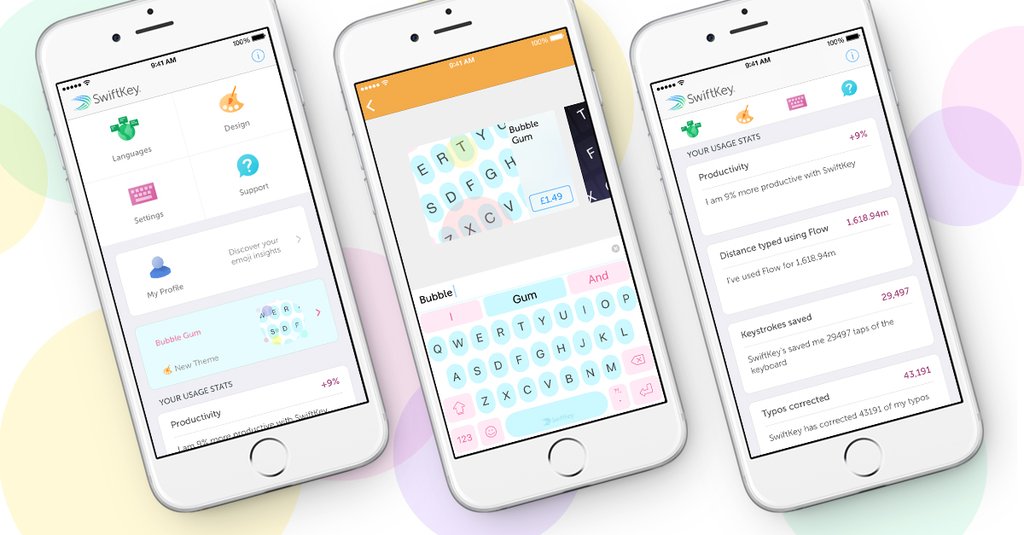 SwiftKey, the popular software keyboard for iPhone, iPod touch and iPad devices with iOS 8 or later, has received a refresh this morning in the App Store featuring two enhancements: a brand new Bubble Gum dynamic keyboard theme and a redesigned settings menu in the app.

Bubble Gum is a light and airy theme dominated by pale blue and pink keys.

“With each tap, pink, blue and yellow bubbles float behind the keyboard, and fall with real gravity depending on how the phone is tilted,” developers told me via email.

Bubble Gum is the second dynamic theme in SwiftKey, joining the original Shooting Stars animated theme. Bubble Gum is available for $1.99 through the Design tab within the container SwiftKey app.

As for the redesigned menu, it’s now cleaner and makes it easier to customize SwiftKey to your liking. You’ll also find that your usage stats are now in the root menu. SwiftKey stats show you just how productive and quick SwiftKey has been making you.

And this is what the redesigned settings interface looks like. 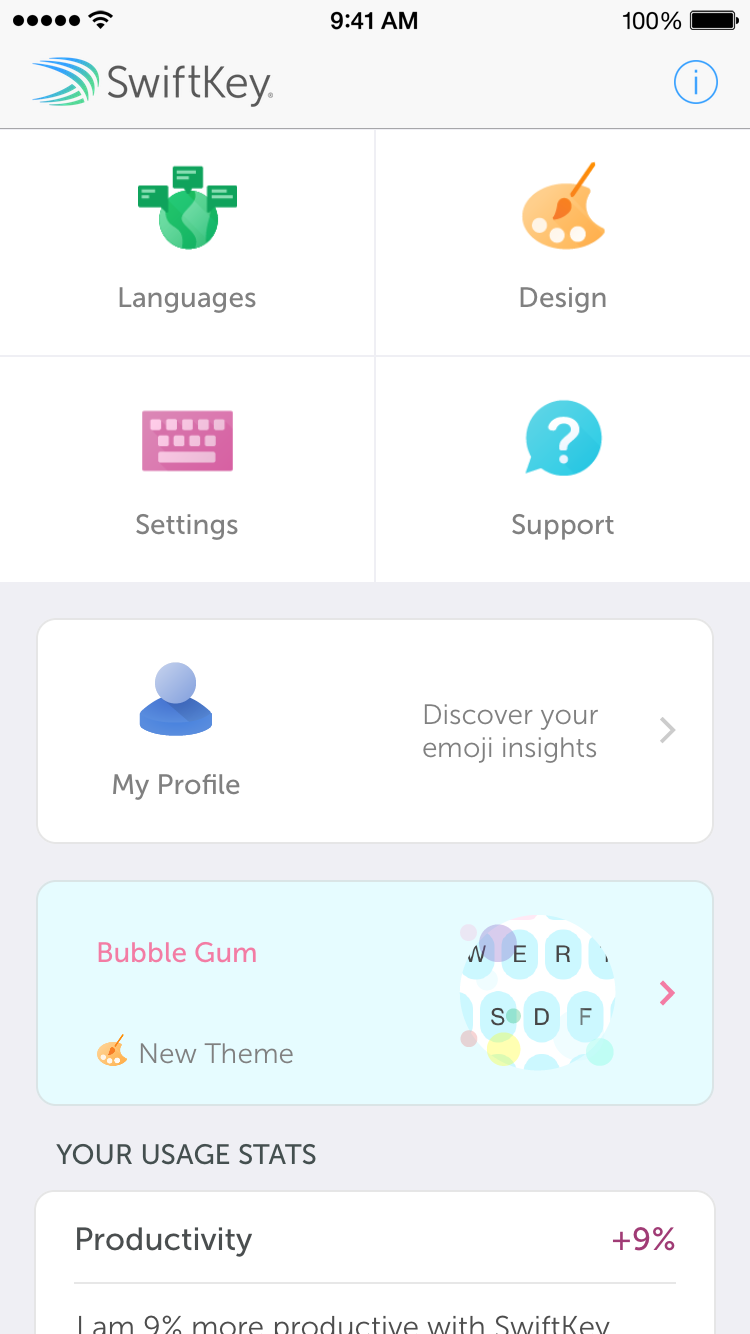 Here’s what’s new in this edition of SwiftKey for iOS:

SwiftKey has full support for iOS 9.1’s new emoji characters, including the burrito, taco, middle finger, unicorn and odd ones, such as a man in a business suit levitating.

Other recent enhancements in SwiftKey include a cool feature which predicts the emoji you’re most likely to use next and Emoji Insights, basically stats laying out which emoji you use more than anyone else.

Speaking of which, “emoji” is Oxford University Press’s 2015 Word of the Year. Specifically, a character officially called the “Face with Tears of Joy (😂) was chosen as the “word” that best reflected the ethos, mood and preoccupations of 2015.

SwiftKey requires an iPhone, iPod touch or iPad with iOS 8.0 or later.

The app is localized in English, French, German, Italian, Portuguese, Spanish and offers a selection of paid themes via a built-in store, priced at 99 cents each.

Download SwiftKey at no charge from the App Store.