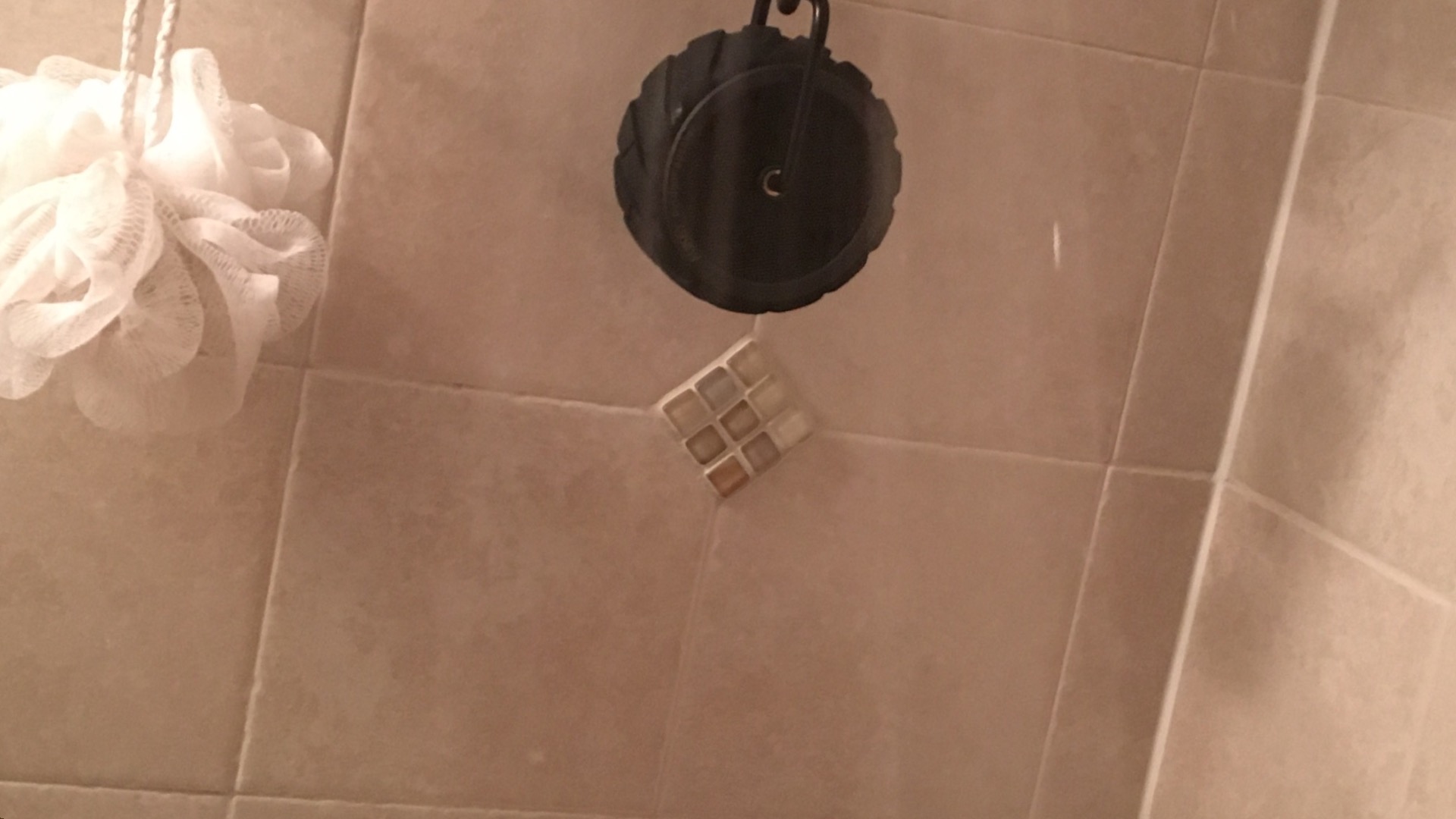 This might sound weird, but the idea of listening to music and podcasts while in the shower has always appealed to me. It’s one of the reasons that I initially looked forward to the Apple Watch, thinking that I was going to be able to use it to listen to podcasts directly from the Apple Watch itself.

While that outlook has yet to materialize, I do appreciate the ability to easily control my iPhone’s music player via my Apple Watch while in the shower. But the iPhone’s speaker leaves a lot to be desired. I need a proper Bluetooth speaker that can take being exposed to the shower.

I recently acquired said Bluetooth speaker from Aukey, and it has proved to be the answer that I needed. It looks a bit weird, but its IPX4 waterproof rating and rugged design makes it a great option for a precarious environment like the shower. 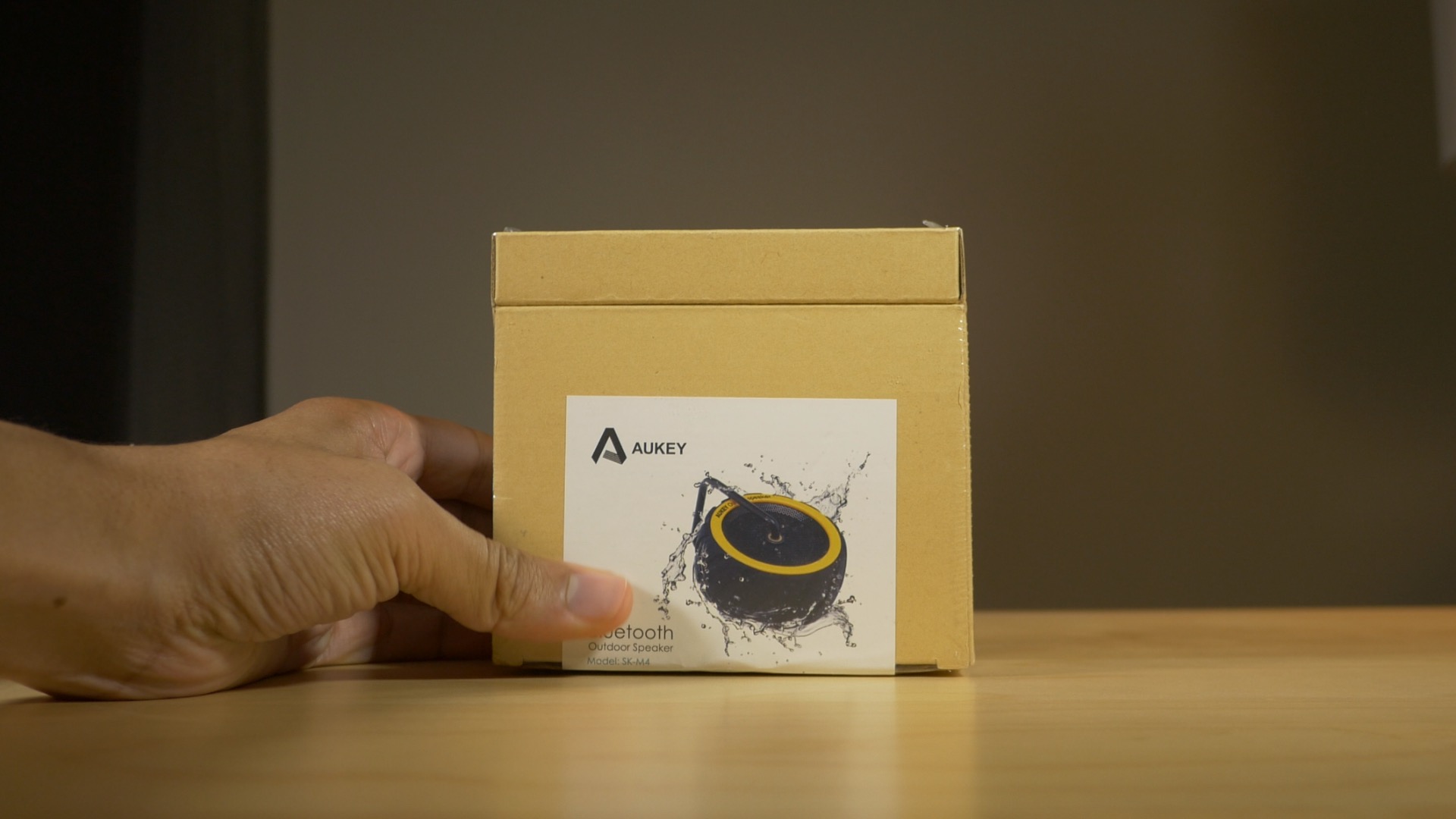 The speaker, on its arrival, is housed in a plain cardboard box without much fanfare. The box feels almost homemade, which is oddly comforting. It reminds me of one of those frustration free boxes that Amazon products sometimes ship in. Along with the speaker, you can expect to find a USB charging cable, and an auxiliary cable for direct audio connections.

The first impression that you get when you see this speaker is that it looks like a tire. I’m not exaggerating, this thing looks like it fell off a toy tractor. It’s certainly a unique looking speaker that easily stands out amongst the cookie-cutter Bluetooth speaker designs that seem to be so prevalent these days.

Another unique visual feature that the Aukey sports is its metal handlebar. The handlebar can be used to keep the device from rolling around on surfaces, and can also be combined with the faux-leather strap that’s included with the package for hanging the speaker.

Sound quality is the same quality that you would expect from a cheap Bluetooth speaker. It doesn’t have a wide frequency range, meaning you shouldn’t expect clear highs or deep lows. Sound quality can be a bit muddy, but it’s enough to get by and is appropriate for the environments that this speaker will find itself in.

Battery life is pretty good. I charged the Aukey once upon arrival, and haven’t had to charge it once since then. Granted, I only listen to the speaker for about 30 minutes a day, so I haven’t subjected it to any long-term listening sessions that would put a hard drain on the battery.

Where the Aukey speaker differs, however, is in its ability to stand up to tough environments. The speaker’s overall design reeks of ruggedness. I wouldn’t feel bad about dropping this speaker at all, taking it outdoors, using it in the shower, on the beach, or whatever the case may be. 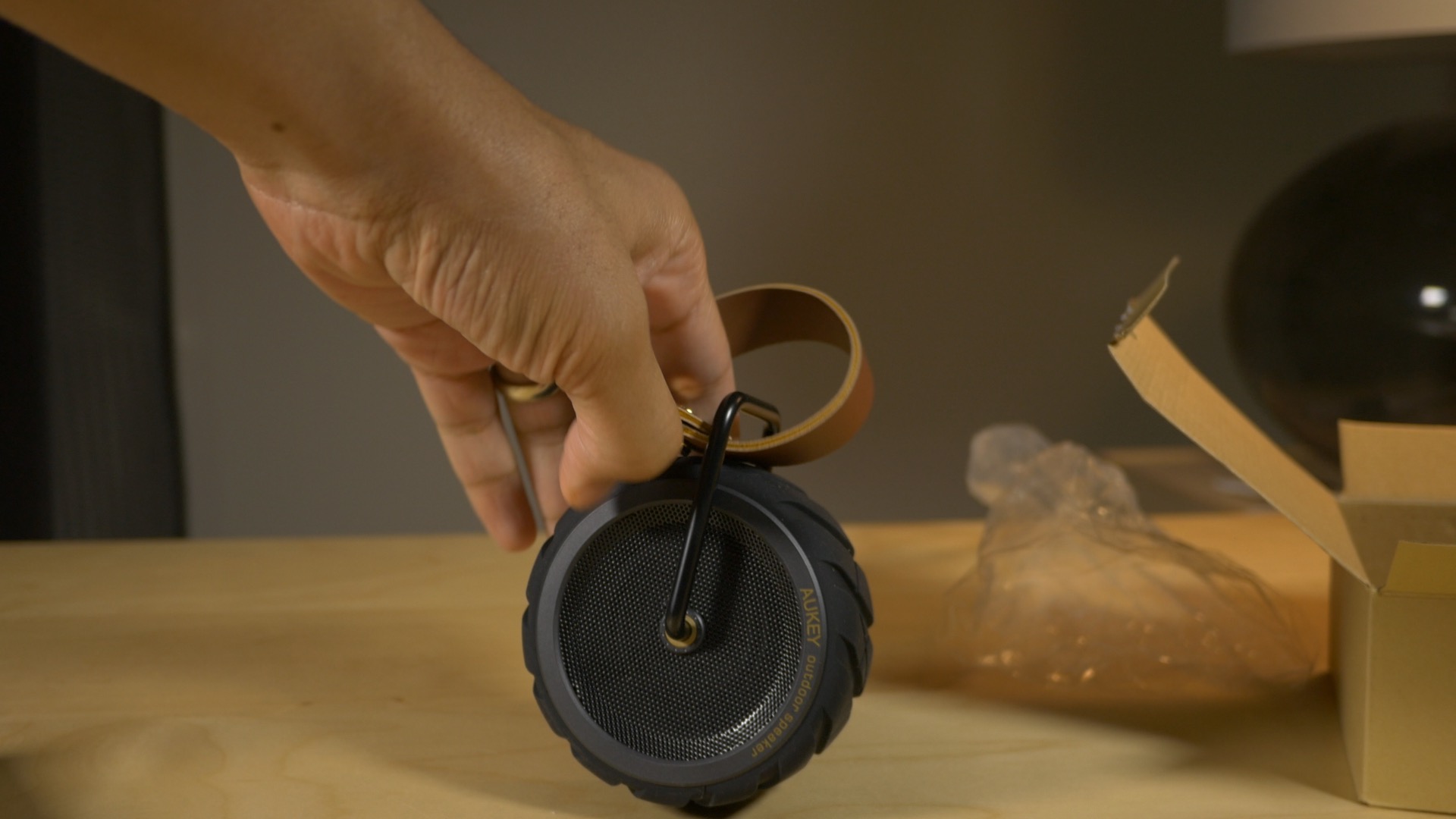 I’ve used the Aukey in the shower every day for the last week, and although I’ve never completely submerged the speaker in water, it’s been splashed fairly significantly on a regular basis. I’ve been extra careful not to be careful when using this speaker, because I wanted to know how it would hold up to real world usage.

I’m happy to report that the Aukey outdoor speaker performed admirably under moderate water contact, heavy steam, and even a few drops into shallow tub water. Even through all of that, the speaker still sounds like it did on day one.

If you’re looking for a rugged outdoor speaker, or if you want a speaker for the shower, then you could certainly do worse than buying the Aukey outdoor speaker. The sound quality is decidedly pedestrian, but its ruggedness and water resistance help make up for some of its shortcomings in the sound department. You can buy this speaker directly from Amazon for $27.99 and it comes with a generous 18-month worry-free warranty. 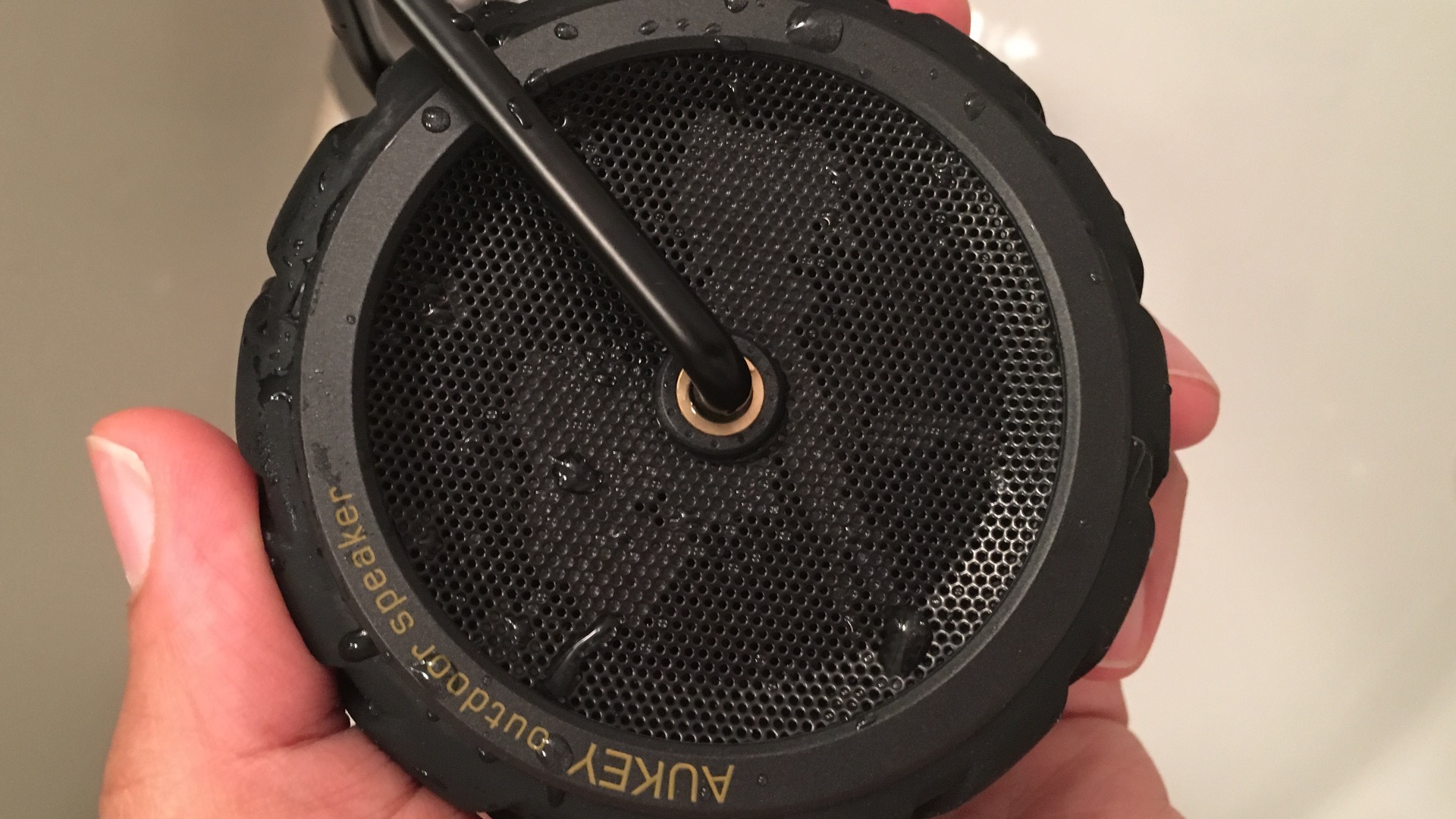 I know I’m not the only one that listens to music and podcasts in the shower. Come on guys, it’s time for all of you music-in-the-shower-fans to come out of the woodwork, and represent in the comments.