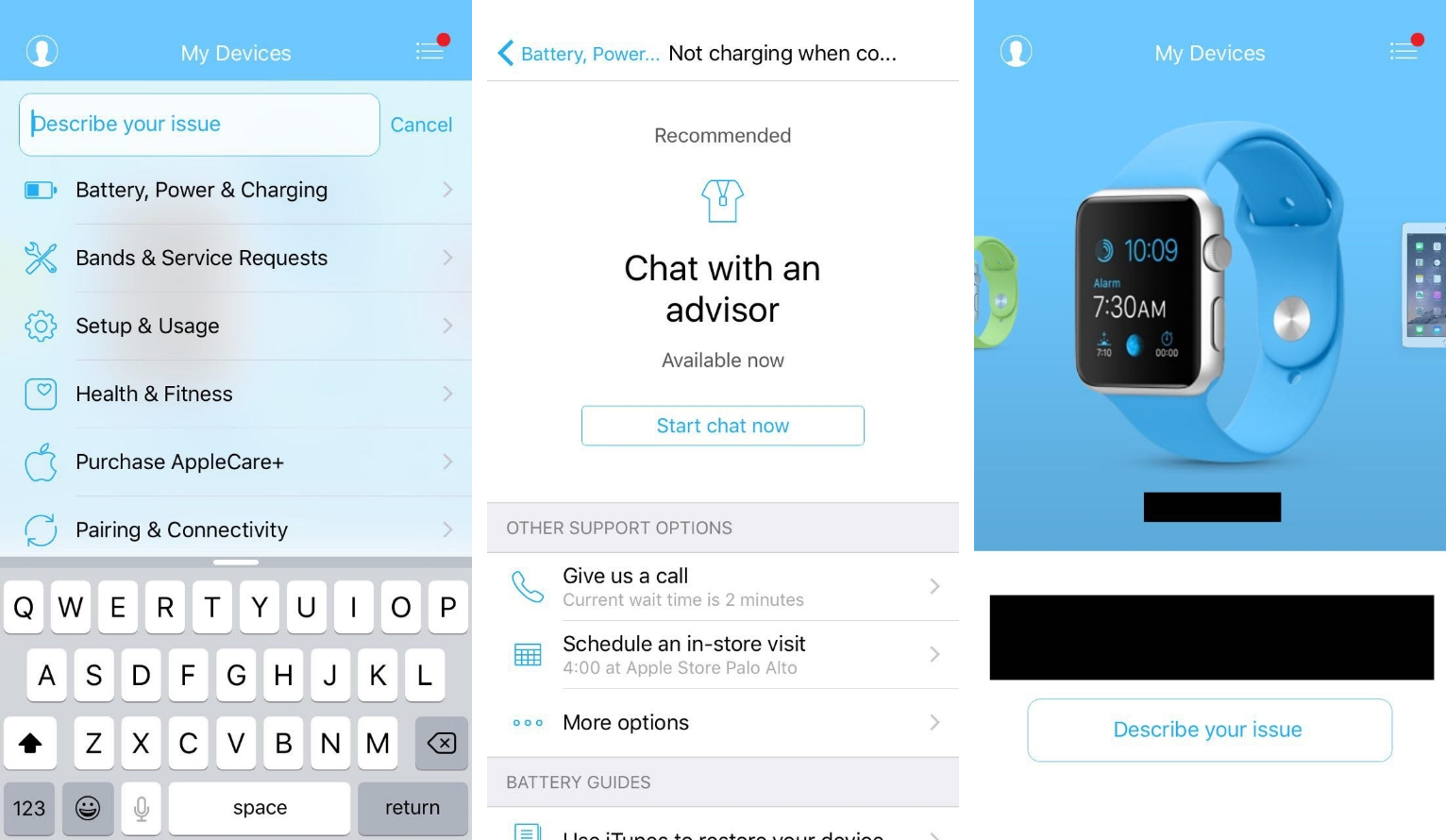 Apple is working on a standalone app meant to make it easier for its customers to access a variety of helpful resources, documents and manuals whilst streamlining the repair and troubleshooting process, according to prolific Australia-based leaker Sonny Dickson who shared a few purported screenshots of a yet-to-be-named software with uSwitch.

Judging by the looks of it, the app replicates much of the functionality and resources available through the Apple Support website, but in the form of a native, standalone iPhone and iPad application.

The app asks customers “basic questions about the device in need of repair to boil down to the problem quickly” and enables them to “book a service, send their device in for service, or give a call to Apple,” according to sources familiar with its development.

The app lists all of the devices registered to your Apple ID, giving you a range of pre-defined common problems for each device type. Some of the support options that users can access through the app reportedly include built-in live chat, contacting Apple Support directly, setting up a Genius Bar appointment and more.

“It’s highly interactive, and well integrated,” a source said. Apple’s existing Apple Store app already offers some of this functionality. For instance, you can book an appointment with a Genius at your nearby Apple Store.

That being said, it’s currently unclear if this app will be released as a standalone application or maybe see its functionality folded into the existing Apple Store app.