Microsoft’s fourth-generation Surface Pro offers stylus and keyboard cover accessories just like Apple’s newly released iPad Pro. Apple, of course, is adamant that the Pencil is the best stylus on the market because it has virtually no lag or delay.

The Apple Pencil takes full advantage of  iOS’s predictive touch technology, the iPad Pro’s special screen design and sensors in its tip that measure every nuanced stroke, angle and pressure.

After putting the device through its paces, El Mundo writer and photographer Angel Jimenez de Luis concludes that Apple’s stylus has a bit lower latency than Microsoft’s, and he posted a video showcasing tracking capabilities of both accessories.

De Luis used the Notes app on the iPad Pro and Microsoft’s OneNote on the Surface Pro 4. He then captured a clip in slow motion at 120 frames per second to really highlight the differences in tracking between the two styli.

Check out his video below.

You can clearly see that the Apple Pencil has a bit lower latency than the Surface Pen on the Surface Pro 4, although Microsoft’s stylus is certainly no slouch either.

When it comes to CPU/GPU speed, no tablet can touch the iPad Pro’s fast A9X chip.

If you put the iPad Pro through its paces using synthetic benchmarks like GeekBench, GFXBench, Sunspider, Kraken and Octane, Microsoft’s speediest Surface Pro is slightly faster in single-core CPU tests thanks to Intel’s Core i5 chip (at the expense of the tablet’s battery life), but the iPad Pro has faster graphics. 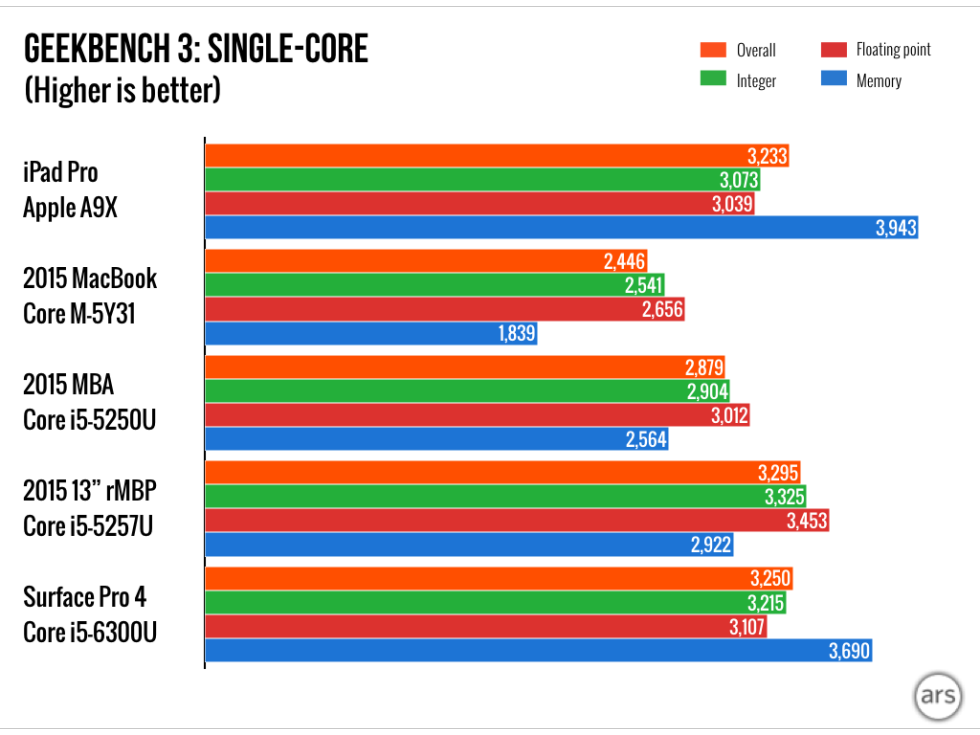 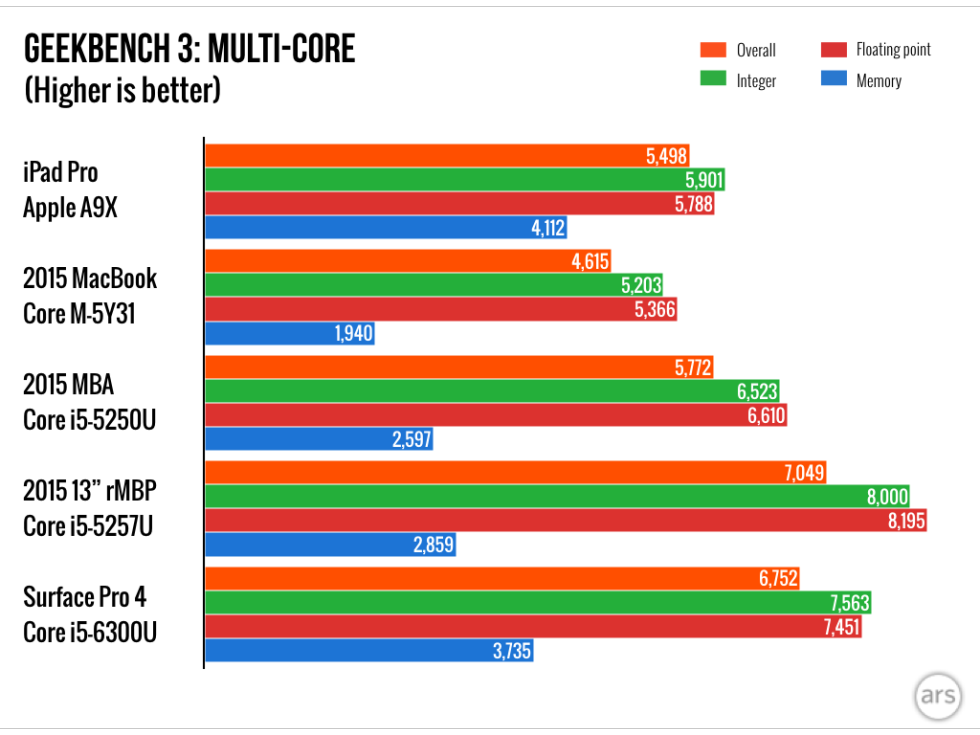 One thing the Apple Pencil does that Microsoft’s does not: the stylus is weighed in such a way that it won’t roll away on a table top, and always stops rolling with the word “Pencil” facing upward on the metal band.