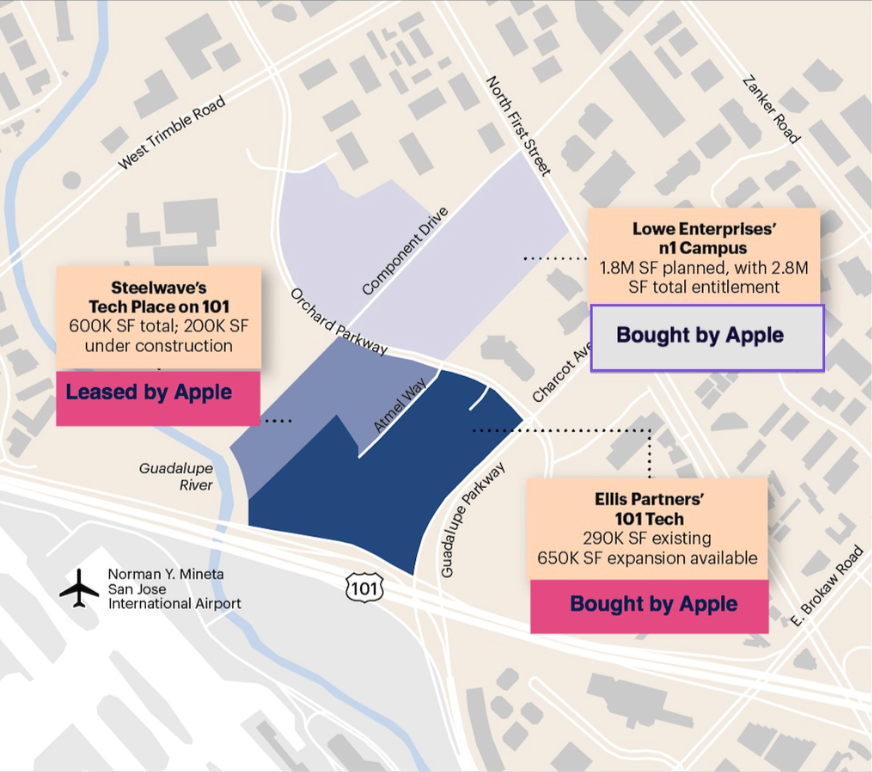 Apple is in talks with the city of San Jose over a potential development deal that would allow it to build a massive campus in northern San Jose, reports the Silicon Valley Business Journal. According to city records, the company is asking for up to 4.15 million square feet of space—larger than both its current Infinite Loop campus and “spaceship” campus 2.

The draft agreement, which is not yet completed, will come before the city’s Planning Commission later this month, officials said. It would lock in development rights — and expectations for both sides — for the next 15 years in an area that sprawls across 86 acres north of Highway 101 across from the Mineta San Jose International Airport.

A brief summary of the agreement shows that the campus would encompass three sites: the 28 acre plot Apple bought from Ellis Partners in the summer for $165.8 million; the 43-acre field it acquired from Lowe Enterprises for somewhere around $140 million in August, and a 16.5-acre parcel that is currently owned by real estate broker and developer Steelwave.