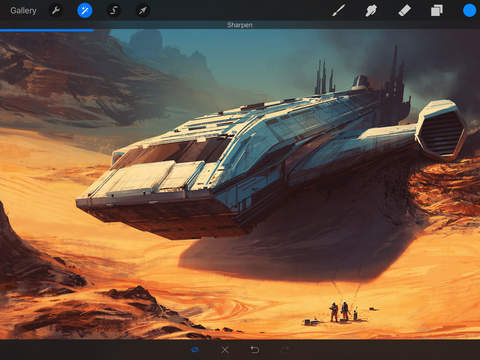 Procreate by Savage Interactive, the popular sketching and painting app, was refreshed today in the App Store with more than a dozen new features, among them specific ones aimed at the iPad Pro and Apple Pencil which are scheduled to launch later this month.

Procreate 3, a free update for existing owners, now allows for up to 16K canvases on the iPad Pro, with its 128 brushes taking full advantage of pressure sensitivity, tilt detection and palm rejection provided by the Apple Pencil. All told, this edition of Procreate packs in over a hundred new features and refinements.

In addition, the app takes full advantage of Apple’s predictive touch technology in iOS 9 to improve the accuracy and responsiveness of finger-based drawing, especially when used with the Apple Pencil as the app includes a set of eight brushes designed specifically for the Apple stylus. 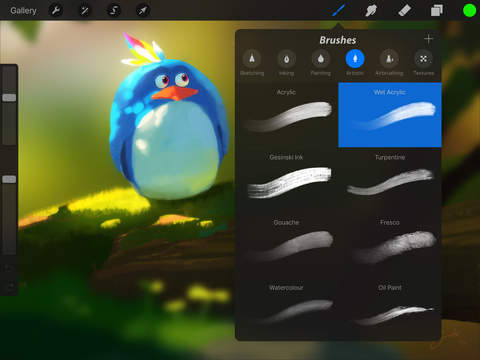 “If you don’t have an iPad Pro, don’t worry—from Quicklime and Instant Replay to the two pixels we shaved off the Transform tool button—there’s tons of new things to explore, no matter which iPad you have,” developers noted.

Here’s everything that’s new in Procreate 3:

Interestingly, this update appears to have removed Apple Watch compatibility via a dedicated WatchKit app that used to be present in the previous version. As mentioned, this update to Procreate is free for existing users of the app.