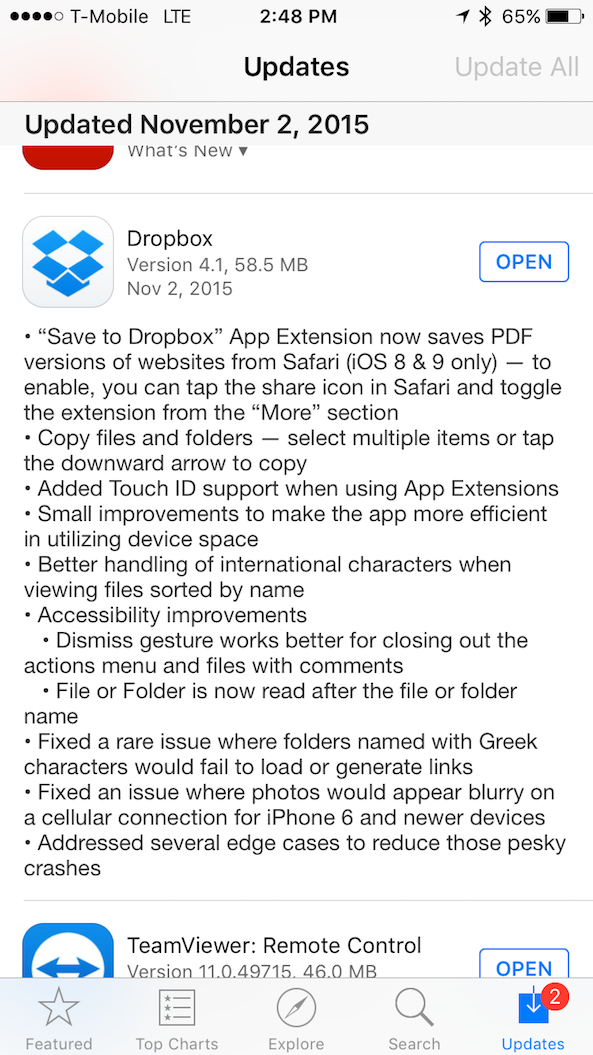 Dropbox, the cloud storage provider, has updated their iOS app with new features for App Extensions and an assortment of bug fixes. Now users who have the App Extension enabled in Safari can save webpages to PDFs and also can protect the App Extension itself with their Touch ID fingerprint.

Dropbox previously updated their app with support for iOS 9 and 3D Touch on the iPhone 6s and 6s Plus, among other new features. While you can already save a webpage to a PDF with iBooks, this is a good update for those that need access to websites later and use Dropbox on another device, such as a desktop computer.

Dropbox has also been updated with the ability to copy files and folders by selecting the new arrow button or using the menu button in the top left corner of the app. The app will also take up less space on iOS devices with this update, letting users store more content.

If you are interested in using Dropbox, it’s available for free on the App Store. It works on the iPhone and iPad and includes 2 GB of free storage.