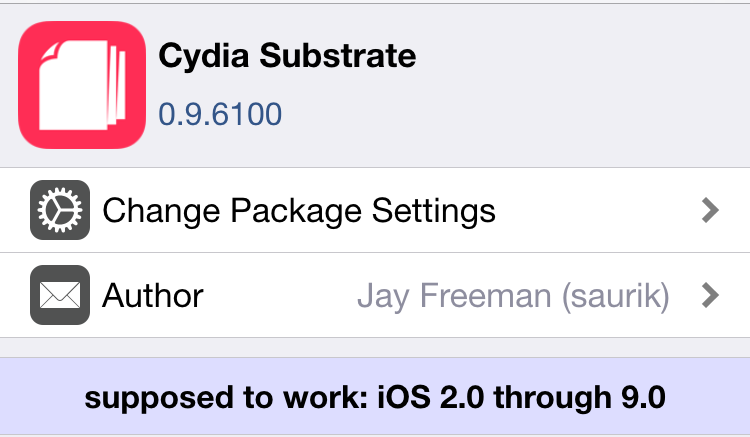 Cydia Substrate received a new update, which comes a few hours after the Pangu tool update for jailbreaking iOS 9 on Mac.

This new version of Cydia Substrate brings the package to version 0.9.6100, and it includes preventative measures to stop would-be problem-causing jailbreak extensions.

0.9.6100 blocks extensions on iOS 9 that are guaranteed to crash some key processes (such as Cydia), will inject into too many processes (due to a mismatched filter), or which will lead to subtle bugs (by invalidating the codesign of the target process). This new version also fixes some issues developers were seeing attempting to hook functions in particularly well-sandboxed processes, and adds support for the latest version of Cycript (which now runs Substrate as an injection vector).

So in a nutshell, this latest version of Substrate is designed to block extensions that could cause key processes to crash. Along with that, it now supports the newest version of Cycript, which was also recently updated.

True, this version of Substate doesn’t bring any new user-facing features to the table, but it is recommended that all jailbreakers update to version 0.9.6100 at your earliest convenience.