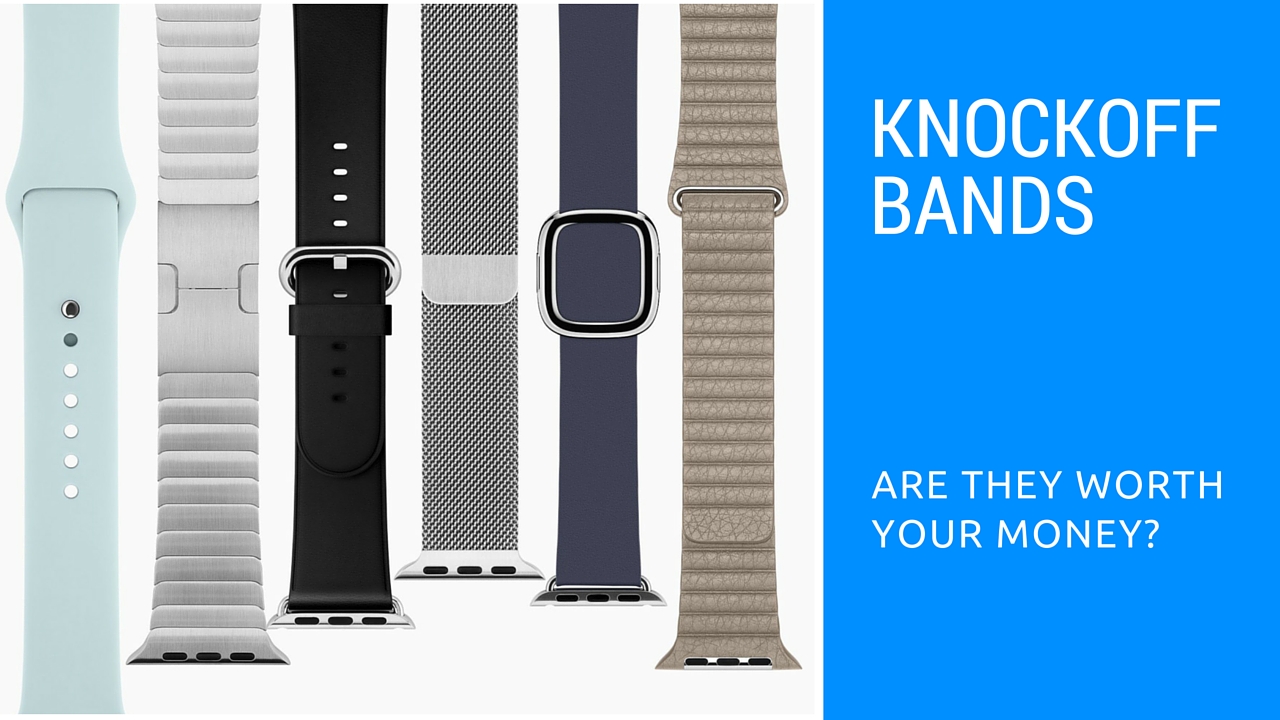 One of the best features of Apple Watch is how customizable it is. There are millions of watch faces variations to play with, and of course, you can use a multitude of watch bands to make your device stand out or blend in, depending on your mood.

If customizing your watch faces doesn’t cost anything, buying bands from Apple can turn out to be expensive, with each band selling for hefty prices, especially if you don’t want to settle for the fluoroelastomer bands.

An alternative Apple Watch users might want to look into is the knockoff bands available online. They appear to be exact replicas of Apple’s official bands, and sell for a fraction of the price. I was curious about the price/quality ratio of these bands so I decided to purchase seven of them (two of which are still on back order) and see for myself if they are worth the money.

In this post, I will give a brief overview of each band that I received, as well as personal thoughts regarding the quality and whether or not it’s a smart buy.

Note that my comments about these bands are related to these specific bands only. My views about each item is not a generalization of knockoff products in general. I am aware that there may be better or worse knockoff alternatives. 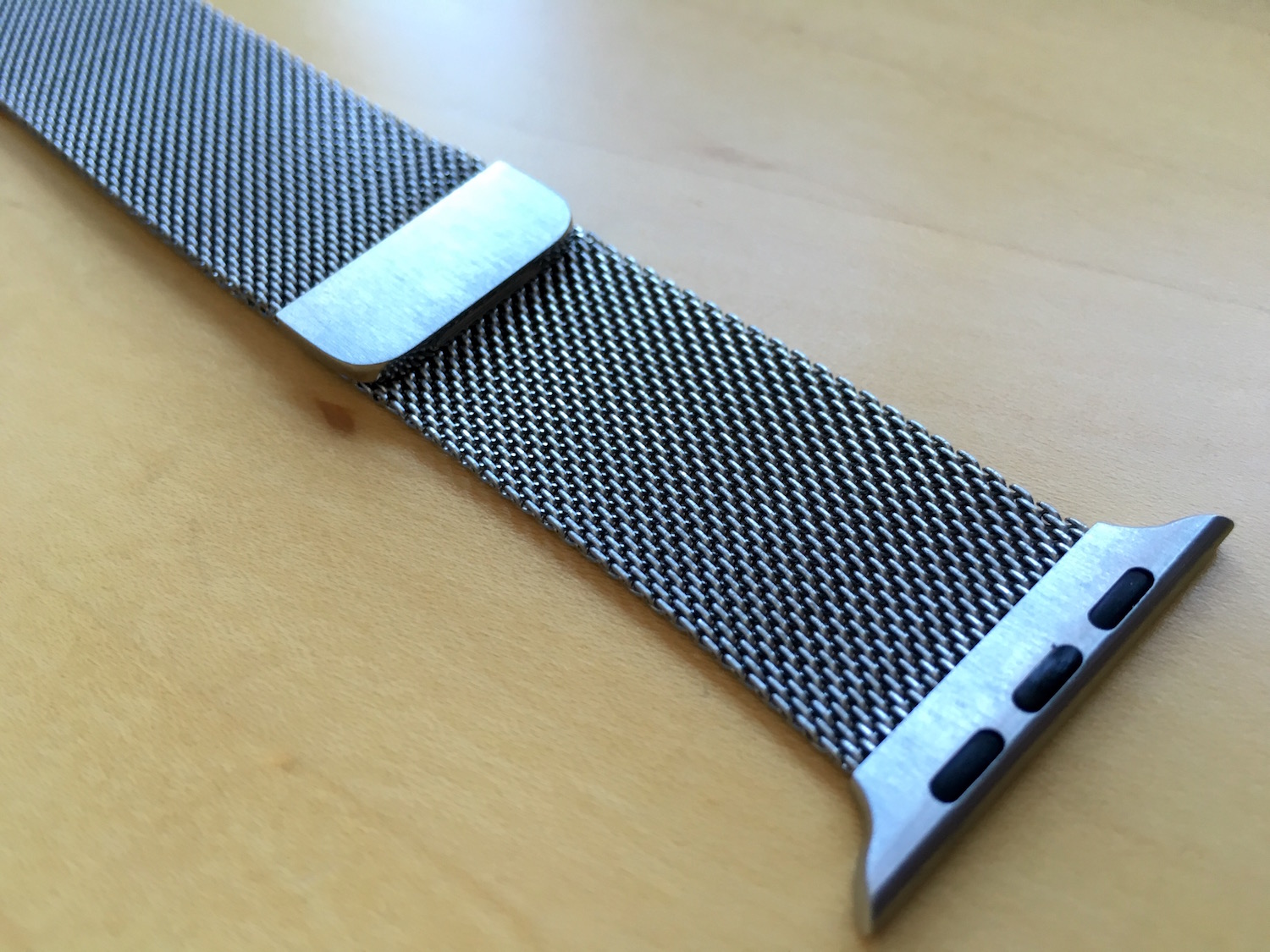 My wife owns the official Milanese Loop band so I’ve had plenty of hands on time with it. I know how it feels and look, and for the most part, the replica is very close to the official band. To the untrained eye, it could easily pass for the real deal, but for the nitpicker like me, it just won’t do it.

The pattern of the woven stainless steel appears to be exactly the same as the official band, except this one is not as tight, with fraction of millimeters making a small difference in the appearance of the band. It’s not bad, but it is noticeably different when you hold both the real and knockoff bands in your hands.

Besides this, the magnetic closure works perfectly and I haven’t had any problem with it loosening up through the day, as my wife has experienced on her own Milanese Loop.

It must be noted that the lugs don’t fit quite perfectly. It works good, but it is not perfect. 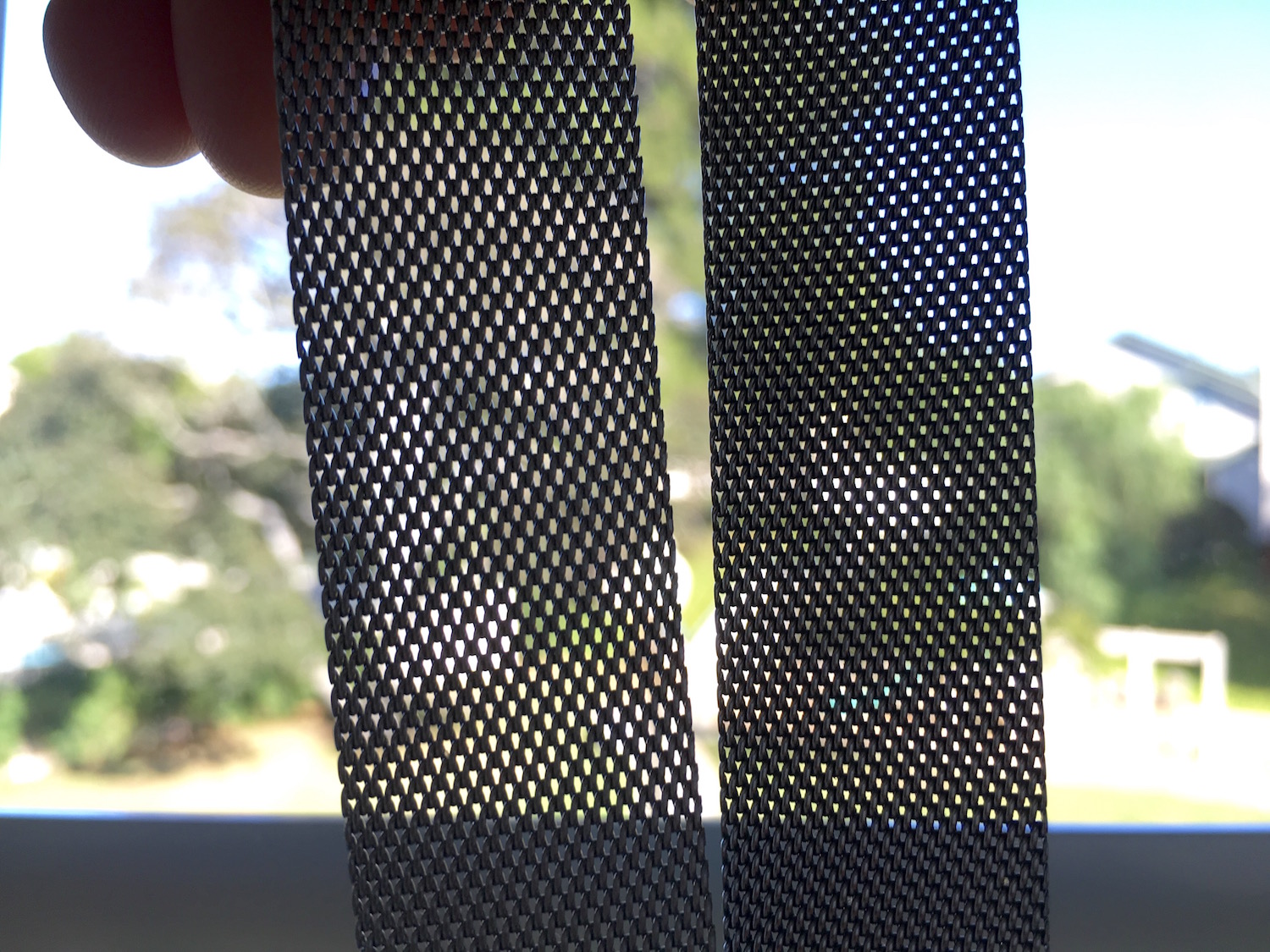 Knockoff on the left, real on the right

With all that said, of all the knockoffs I received, this is without a doubt my favorite and the one that I believe will give you the best price/quality ratio. 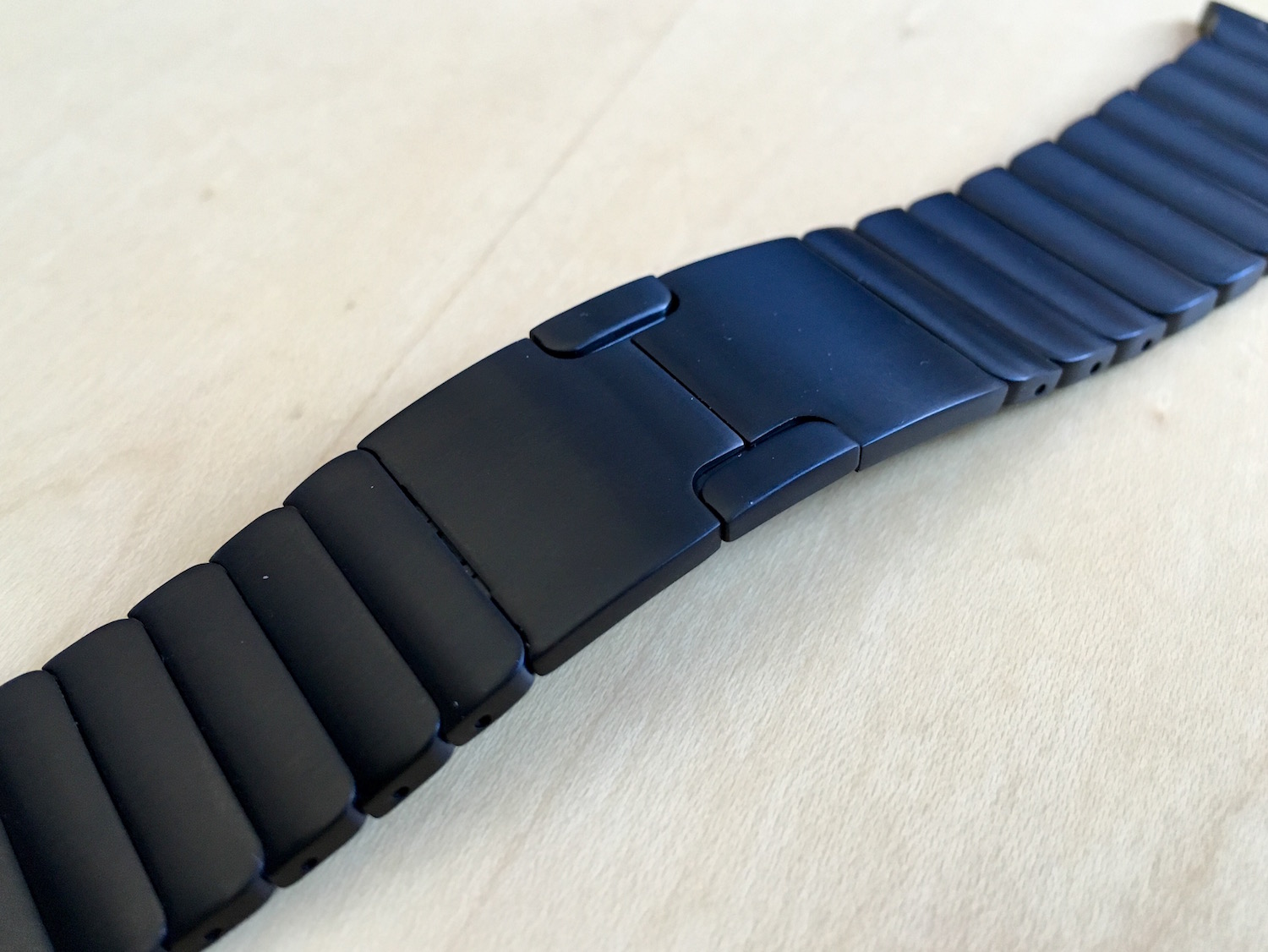 The act of removing links isn’t hard in itself, but when you have used the official link bracelet as I have, it definitely feels like a bad experience. The kicker was when the link remover tool broke in my hand, a first sign that you really get what you pay for. I didn’t really get discouraged and finished the job, then proceeded on putting the bracelet on my watch.

This whole process was finicky at best, because the lugs aren’t perfectly fitted for the band slot on the watch. After several trials and errors, I finally got it in and put the bracelet around my wrist.

Once again, quality is lacking and it’s very obvious with the butterfly closure that doesn’t fold perfectly within the bracelet. At first sight, you might think it’s securely locked in together, but it’s not. You have to press a little firmer to really close the mechanism.

I would love to be able to tell you about how this bracelet feels on your wrist, but unfortunately, because part of one of the lugs broke, I wasn’t even able to try it on for more than a couple minutes. 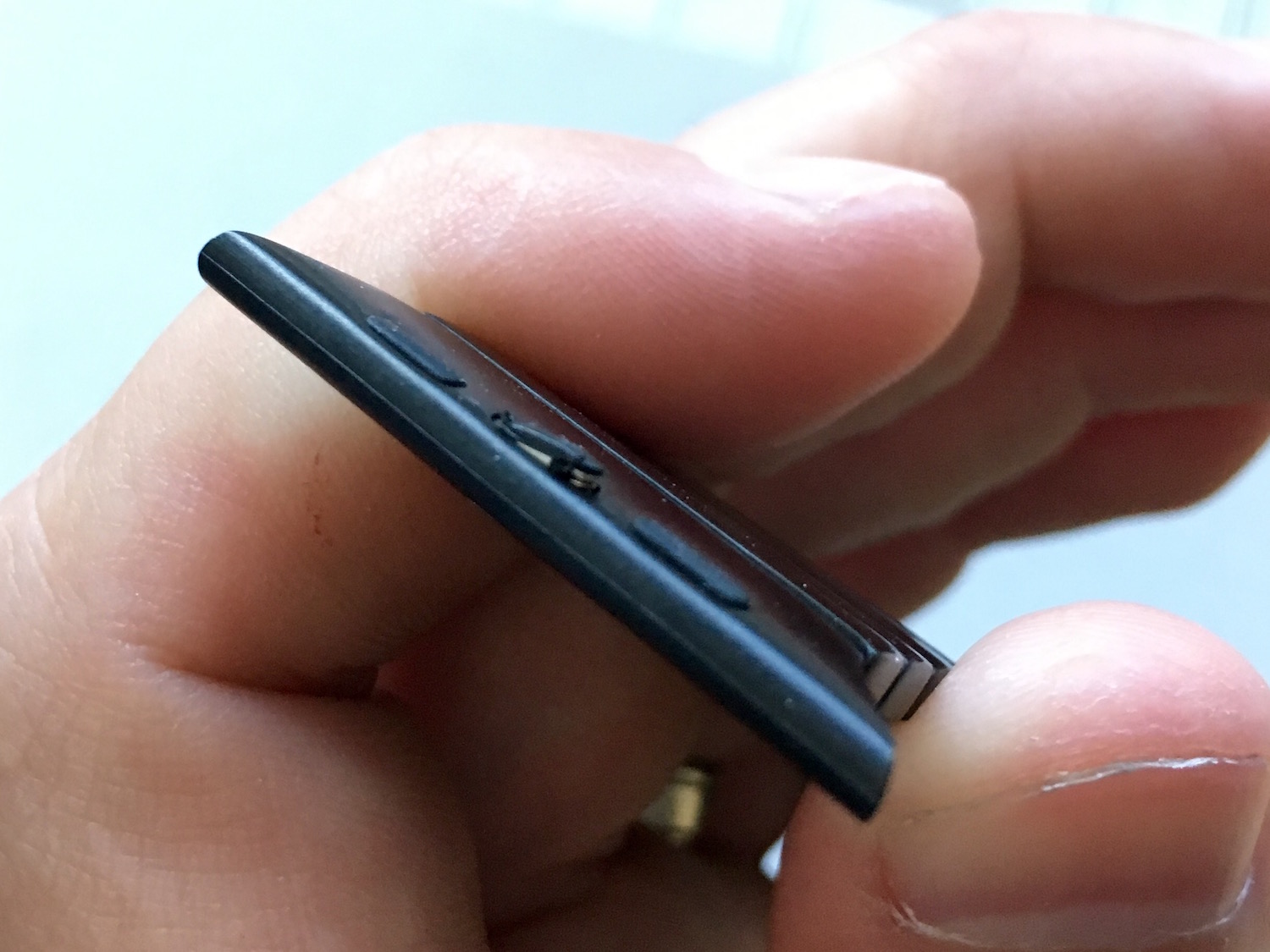 Broken lug makes it impossible to use

So, besides the broken tool, the broken lug, the shaky butterfly closure, I must say this band looks decent. Reviews on Amazon did mention you can still see the silver coating between each link, which I verified, but I don’t think this is an issue at all. The issue is rather the poor overall craftsmanship.

From my experience, I wouldn’t be able to recommend this specific bracelet, but I’m also thinking I might have just received a bad unit, especially considering this band is getting ok reviews on Amazon. 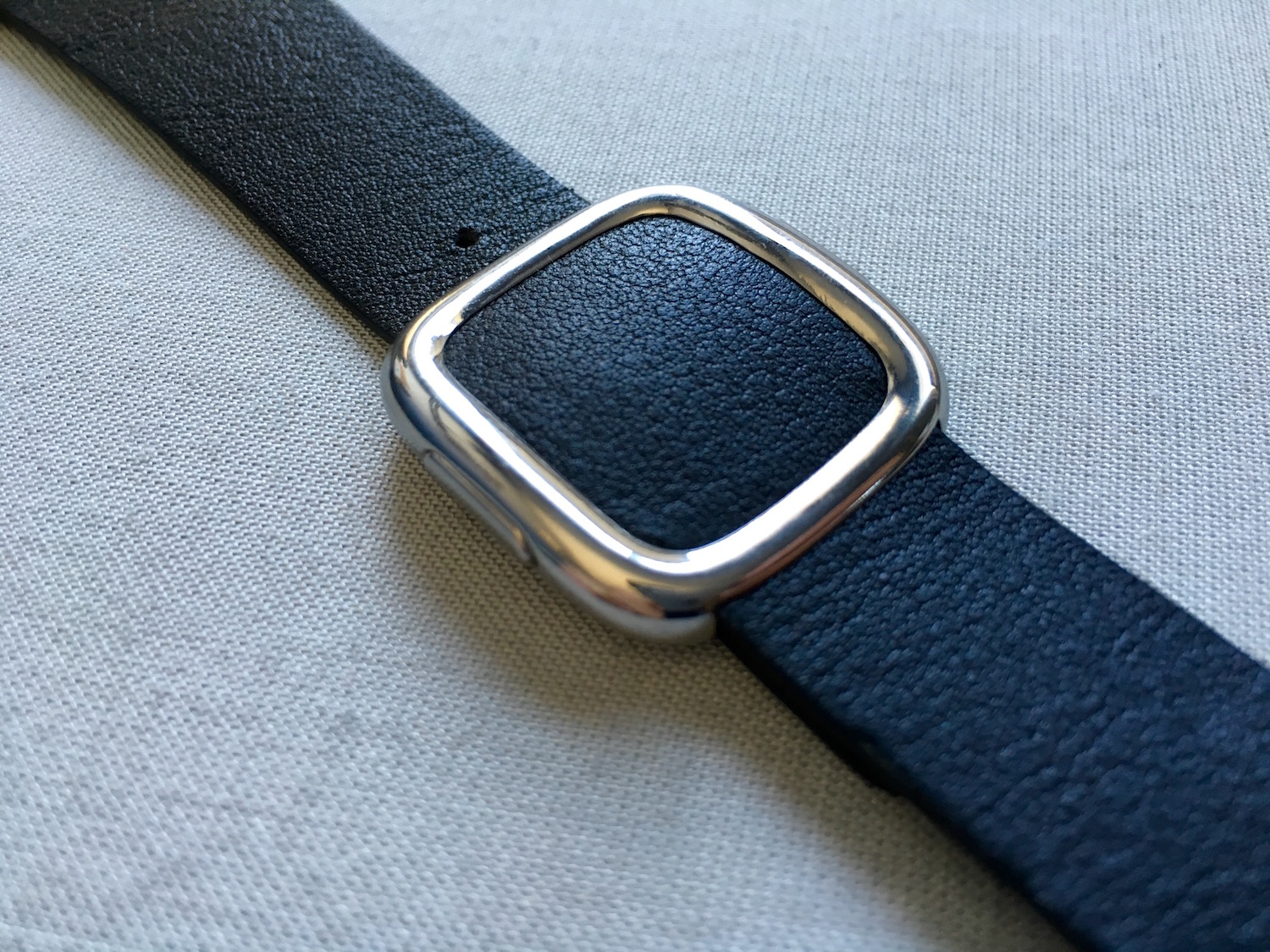 Apple doesn’t make the Modern Buckle band for 42mm Apple Watch, so if that’s the watch size you have, you will have to settle for a replica.

At first sight, this might look like a great replica of the official band, but once again, when you look closely, you start realizing that it is just a cheap knockoff. I’ll pass the details of the lugs not fitting properly into the watch slot because this is a recurring feature of all these bands.

What really got me is the gap between each piece of magnetic closure. Even though it does seem secure enough to keep the watch in place, I must admit that I was worried about this closure eventually unlocking without me noticing. 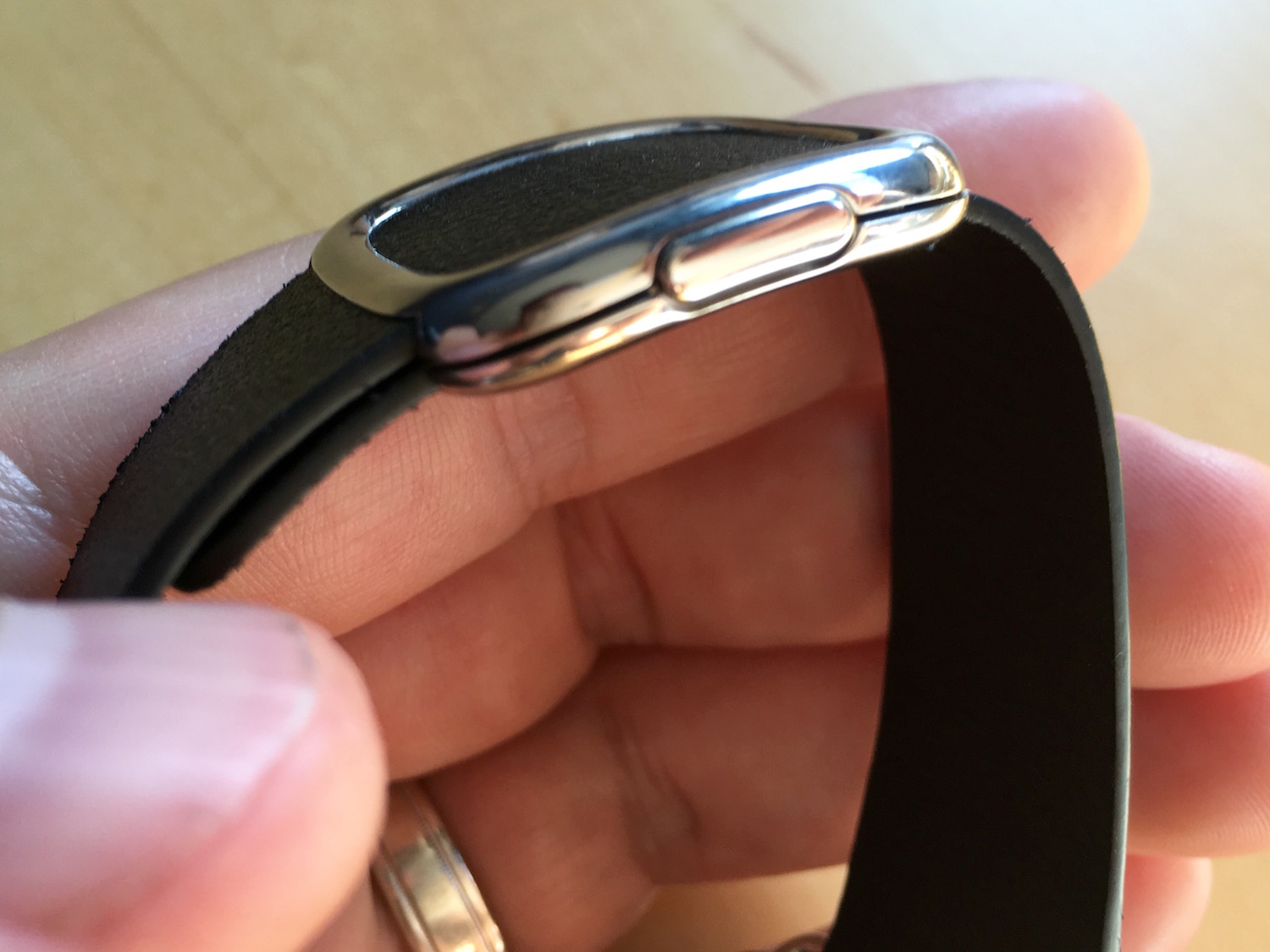 That gap makes me really worried

The leather also looks pretty cheap, and to be honest, I believe it’s actually plastic. It doesn’t look good, and it doesn’t really feel good either. 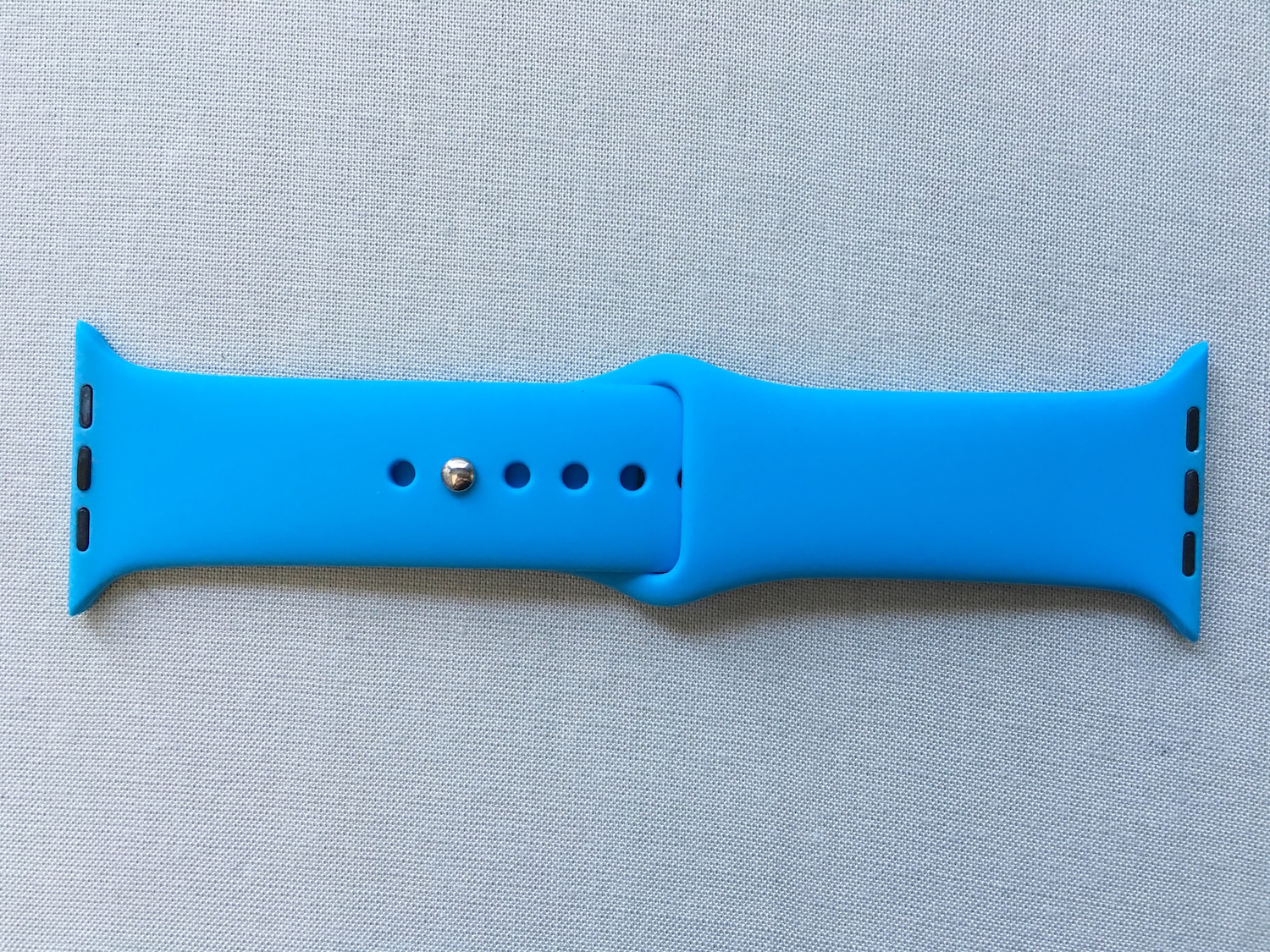 I could have told this band apart from a real Sport band as soon as I took it out of the box. If the texture of the plastic used feels very similar to that of Apple’s, the thickness of the band is the first thing that gives its origin away.

Because it is noticeably thinner than an original Sport band, it doesn’t feel as sturdy in your hand, and as a matter of fact, I do wonder how this band will fair in the long run. That it is thinner isn’t necessarily a bad thing, but because it is thinner, it does feel a little less solid.

The thickness of the band wouldn’t really be a turn off if it wasn’t for the band being just a tiny bit too wide for the band slot, making the plastic stick out on each side of the slots. It’s not by much, and again, most people wouldn’t even notice, but it’s worth noting. Despite that flaw, the lugs were the best of all the knockoff bands I have tried. They slide in and out easily, and feel like they are securely locked in, unlike most bands I have tested here. 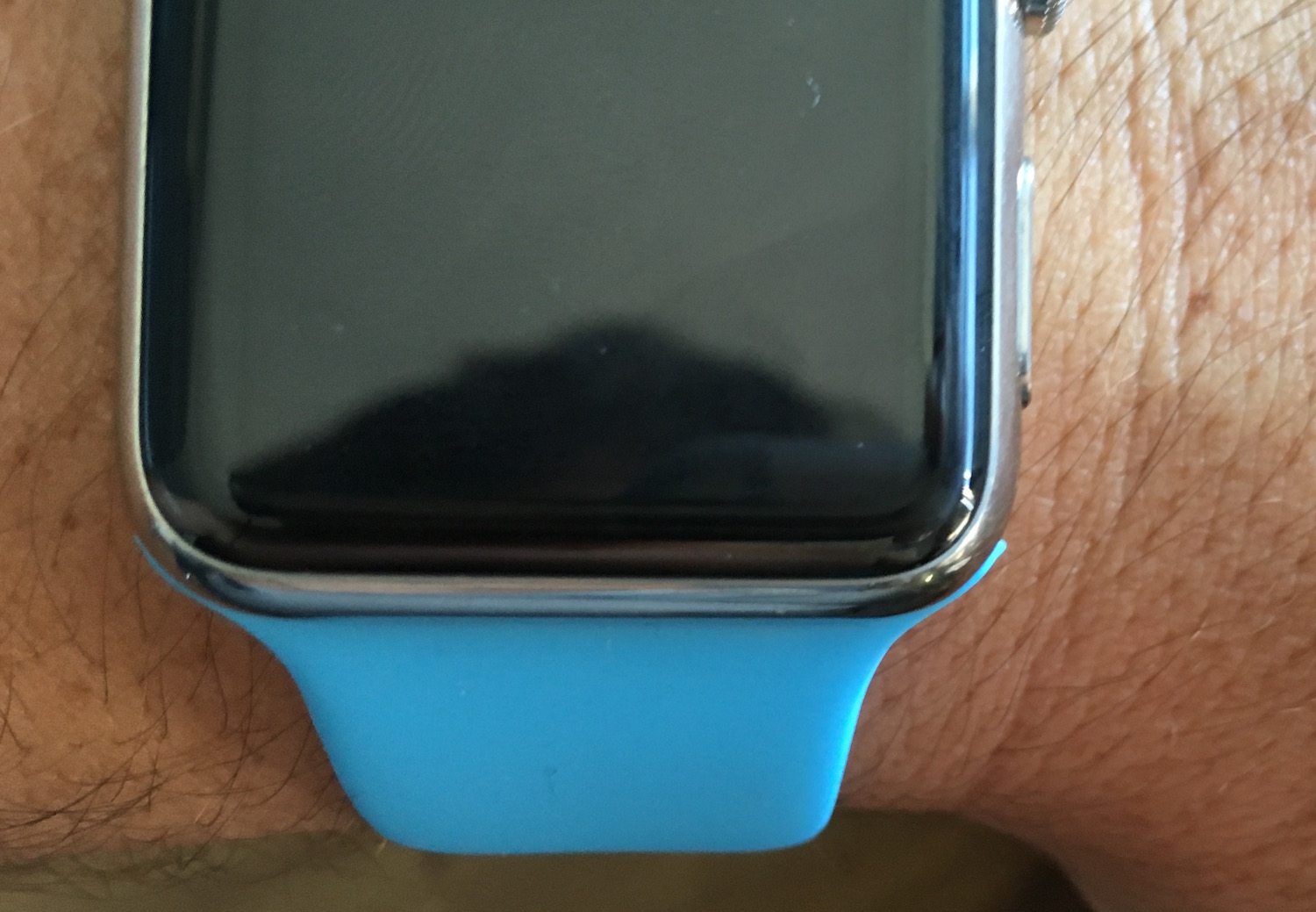 Can you see the band sticking out on the right?

For that price, this really isn’t a bad purchase, but I don’t know how long it will be before it actually breaks, which seems inevitable. Regardless, this is still one of the few I would recommend in this list. 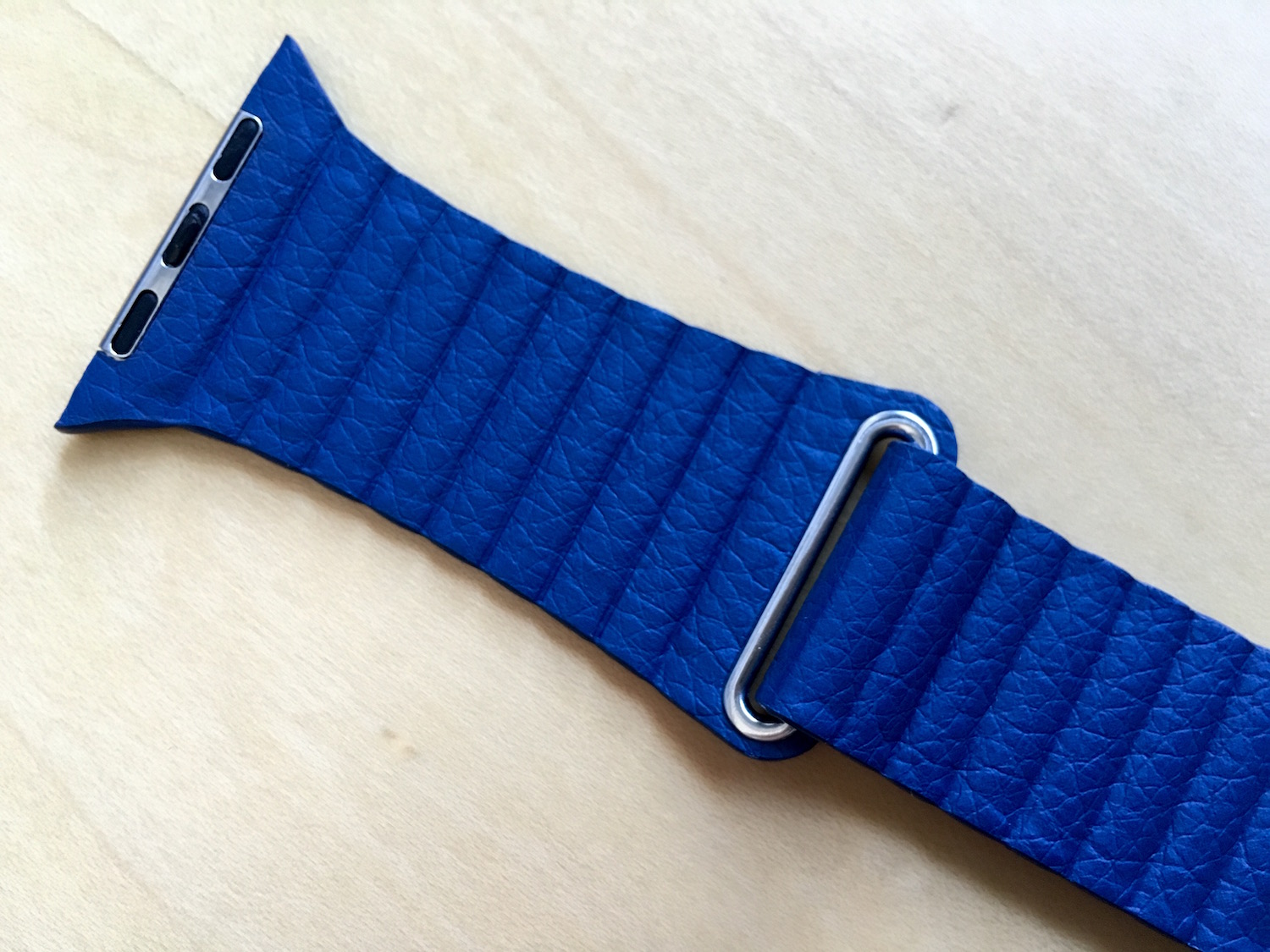 I already own a black Leather Loop so I also had high expectations for this knockoff.

Right off the box, and without putting it side by side with the real deal, this band looks great. Pretty much everything about it resembles at 100% what Apple has done with the Leather Loop. Although the leather feels a little too supple, it is extremely similar to Apple’s, and it would likely successfully fool anyone who hasn’t held a real Leather Loop.

It all looks like a winner until you start sliding the lugs into the slots. At this point, it is clear that the bands were poorly manufactured as they don’t fit the slots properly. Because the lugs are slightly too thin for the slots, you can hear this rattling sound when you move the band. The gap between the slot and the lugs is big enough that it doesn’t look perfect, but I wouldn’t be too concerned about the band detaching from the watch. As with all these bands, there is a very thin balance between price and quality, and it shows. 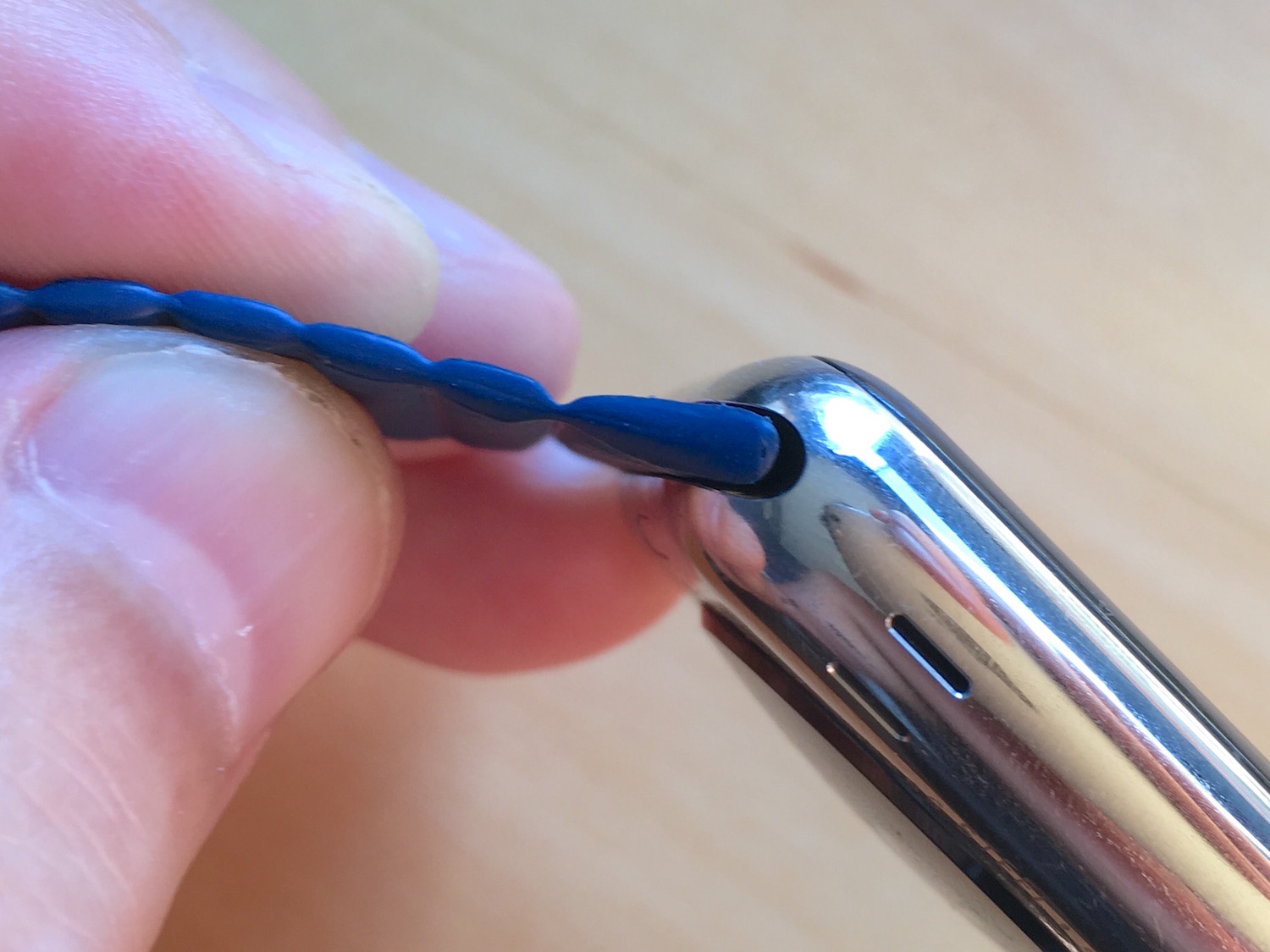 If you can’t really afford a real Leather Loop, then this one isn’t a bad option at all.

You never really know what you are going to get with knockoffs. For example, all these bands came with good reviews on Amazon, yet they definitely didn’t meet my minimum quality standards. Of course, I didn’t expect any of them to be perfect at this price, but I did expect better quality.

I think my main problem is that I have spent time with the real Apple Watch bands before, so I know exactly how they look, how they feel, and how they fit. This situation alone could be why I am so disappointed by the majority of these bands. I suspect that if I hadn’t seen the real bands in person before, my expectations wouldn’t be so high, because I would have nothing to compare to.

On paper, the math is fairly straightforward: these bands usually sell for a quarter of the price of the official Apple bands. But are Apple bands four times better than these? No, I don’t think so. So technically, you get more bangs for your bucks by buying knockoffs, so to speak.

All in all, I could probably find these bands good enough for my use if it wasn’t for the terrible lugs that don’t fit the band slots properly. This really is the deal breaker for me, but take this with a grain of salt because I’m known to be extremely picky when it comes to these kind of details.

At the end of the day, it really comes down to a simple question: how much money can you spend? If you don’t have much money but do want additional bands, then going the knockoff way is your best option, but don’t get your hopes too high. Personally, after going hands-on with these bands, I feel like I’d rather save up my money and treat myself to one high quality band, rather than buy several of them for cheap.

Have you purchased knockoff bands for your Apple Watch, and are you satisfied with them? Tell us more about your experience in the comments section.