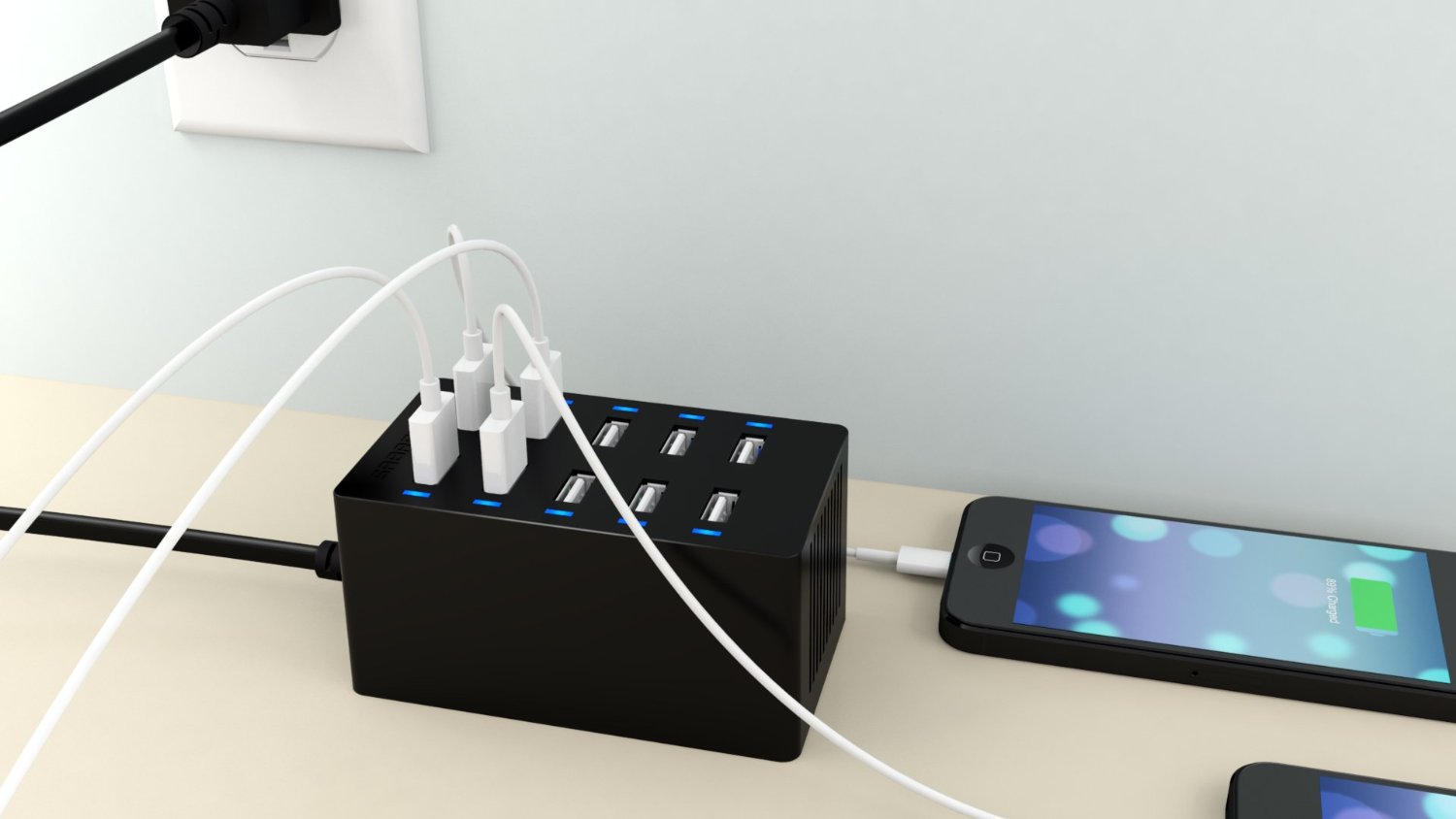 Take a moment right now to think about how many devices you have around the house that require charging via USB. Maybe you have a portable wireless speaker, a smartwatch, a couple of iPhones, some rechargeable toys, and an iPad. It starts to add up. You could probably come up with 10 devices in your household that charge via USB.

Sabrent makes a 10-port rapid charger that supplies enough juice to power up all 10 devices at the same time without getting overworked. Thanks to its smart charge technology, it can supply extra power to devices that need it, like the iPad Air 2, while restricting power to devices that don’t need as much, like a first generation iPod touch.

The charger features 12A of power spread across 10 ports with as much as 2.4A per port. It is capable of charging a maximum of 60 watts at approximately 5v per port.

Because of the high power capability, this device does successfully charge devices with more battery needs. However, one reviewer noted that the maximum charge he got from his iPad mini was 1.15A (ideally, it should be 1.3A or higher).

The power brick comes with a four-foot cable, so you don’t have to plug the box directly into the wall. Each port has a blue LED indicator to let you know where the ports are. If you are sensitive to light while trying to sleep, keep in mind that the blue LED is always on.