This setup is a novelty to do just because you can. In practice, I find that it adds little value in terms of transmission speed. Still, it’s cool that it can be done at all, which is why I thought I’d share it with you. 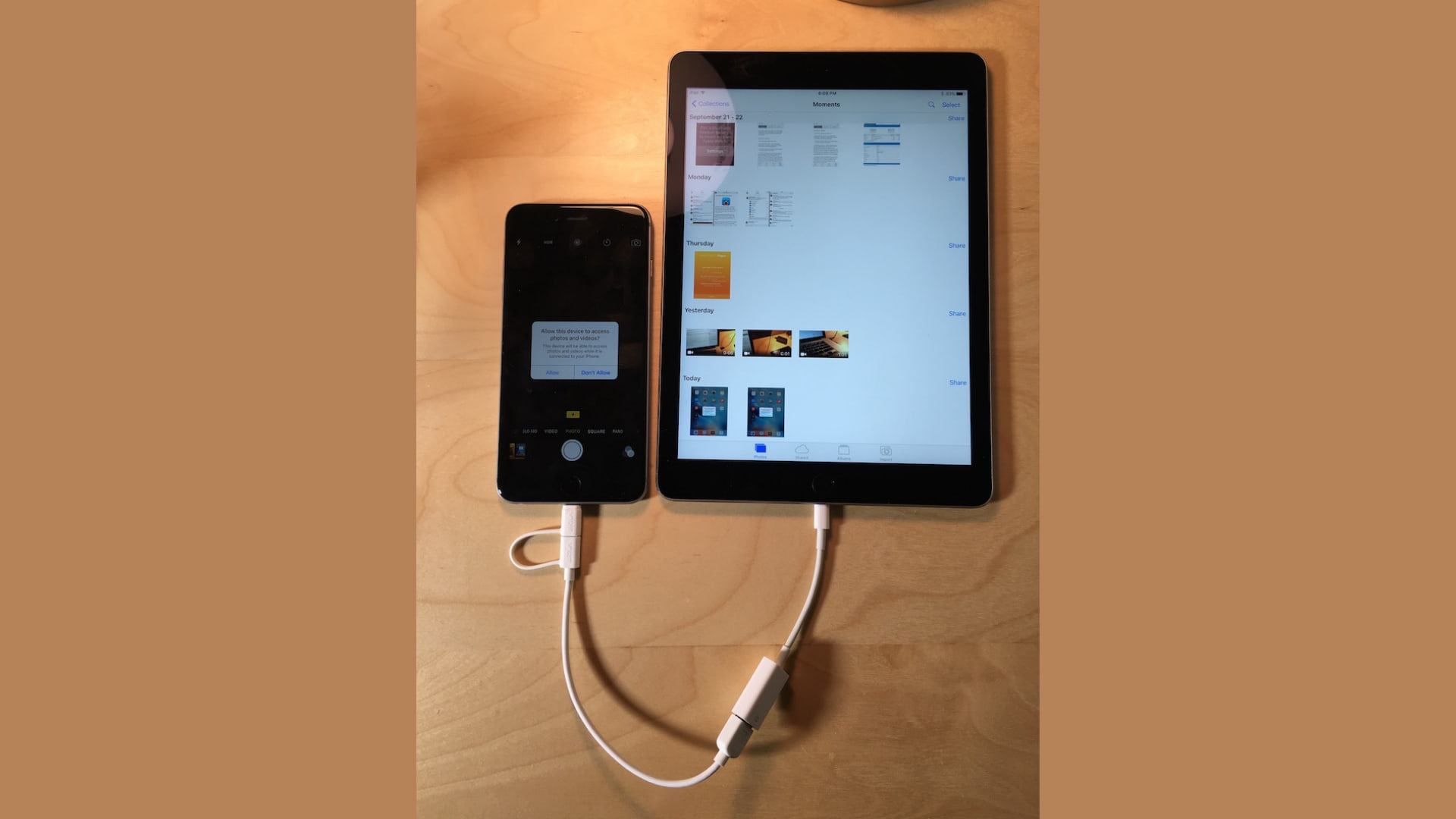 In order to make this work properly, you have to connect the Lightning to the USB Camera adapter to the iPad and the regular Lightning cable to the iPhone. It won’t work the other way around, so beware. The above picture shows the proper setup. 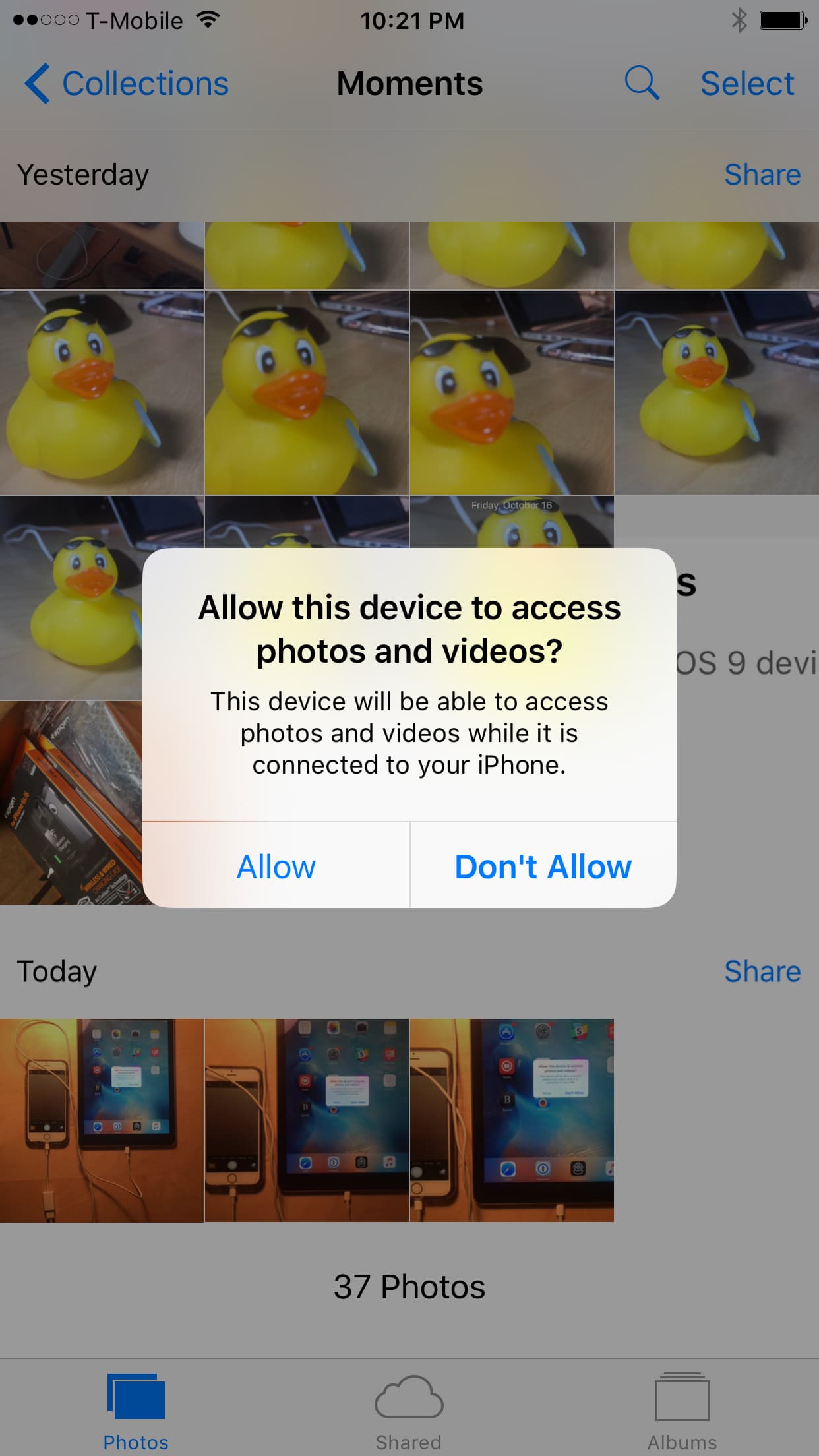 You can then import photos and videos directly from your iPhone to your iPad, just as if your iPhone was a camera or an SD Card. Keep in mind that transmissions will likely be slower than even a wireless transmission via AirDrop, especially on newer devices. In several tests I performed, I was able to transmit a 500MB file via AirDrop notably faster than I could via the direct connection. 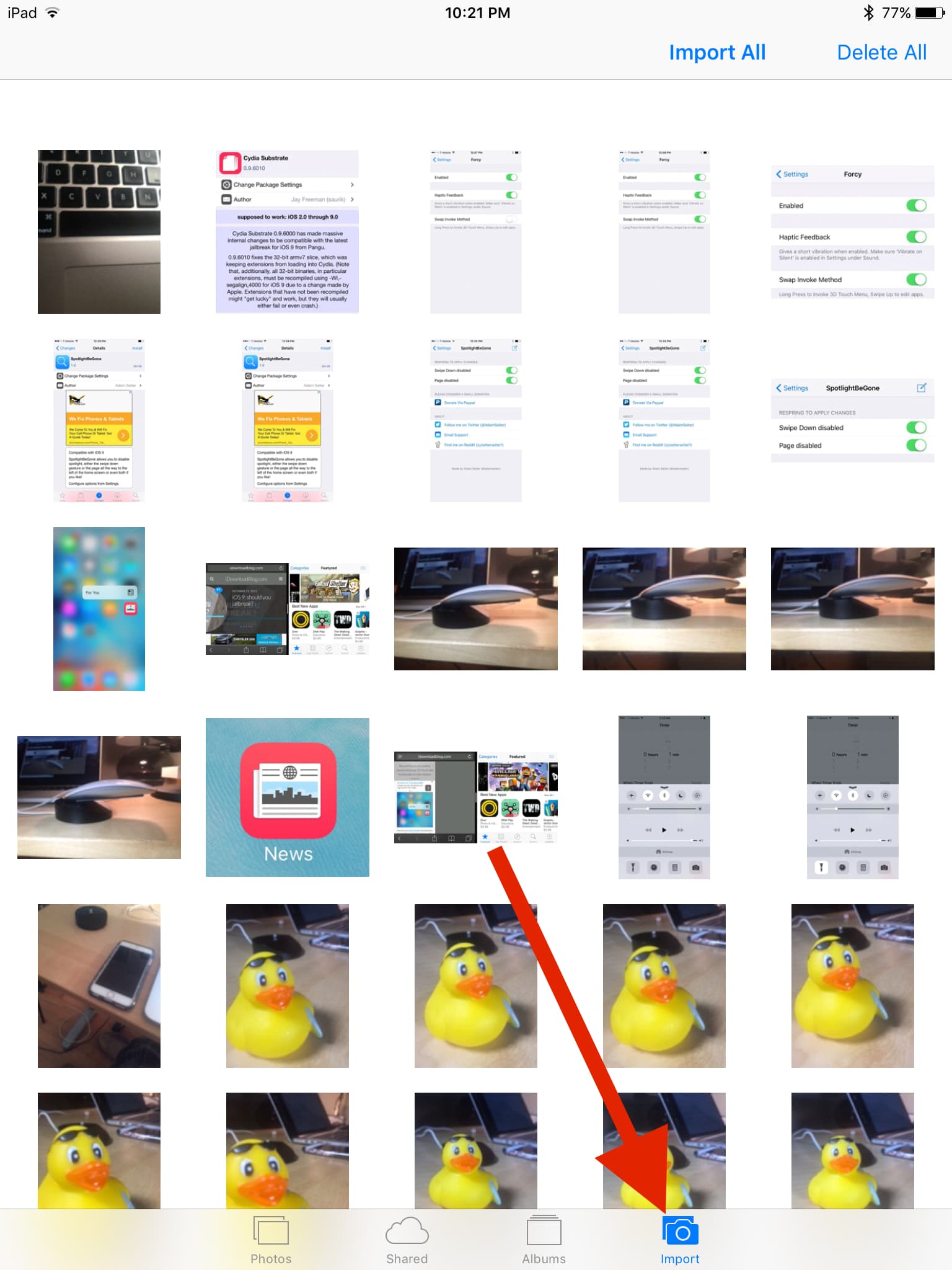 In other words, I wouldn’t run out and buy a Lightning to USB Camera adapter just because you can directly connect your iPhone to your iPad. Yes, it works, but it’s limited in functionality thanks to the fact it’s a one-way connection, and it doesn’t provide any real speed benefits.