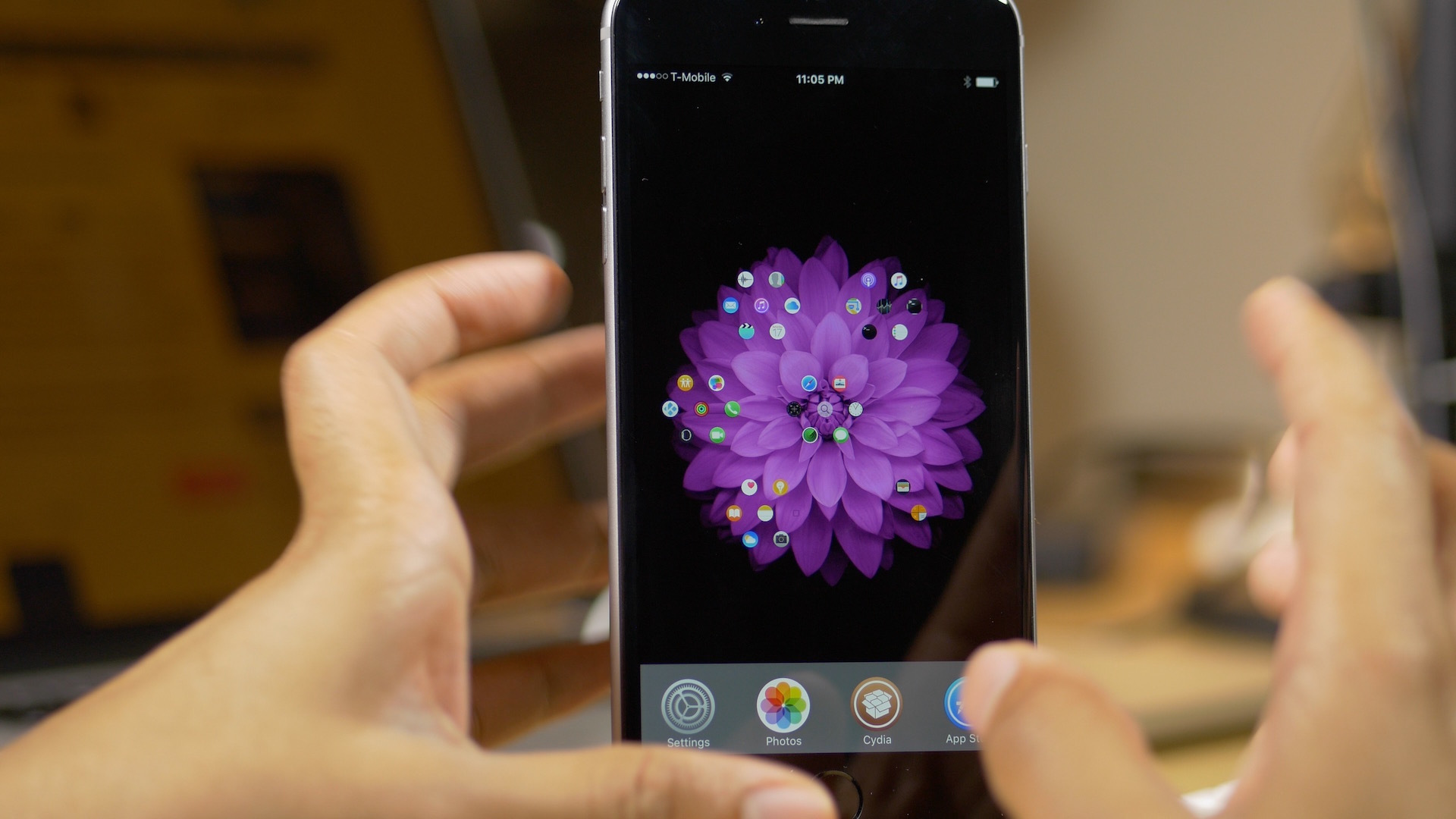 Aeternum is a jailbreak tweak that debuted last year, which brought an Apple Watch-inspired interface to the iPhone. Aeternum Hives is a new tweak based on Aeternum that takes the idea to the next level.

If you’ve dreamed of a folder-less Home screen setup with easy to view and easy to launch apps, then Aeternum Hives is going to be right up your alley. I was able to snag an early preview copy of the tweak, and I’d like to show it off to you via our hands-on video walkthrough.

Once Aeternum Hives is installed, it starts working immediately. You’ll notice a completely redesigned Home screen that looks nothing like the stock iOS Home screen. Instead, it’s much more akin to the Home screen found on the Apple Watch.

The “Hives” part of the equation refers to the tweak’s groups of up to 7 apps. There’s one central app in the middle of a hive, and up to six additional apps surrounding the central app. Hives can be quickly zoomed into with a single tap, and another tap allows you to zoom out to view all hives at once. You can also use pinch to zoom gestures to zoom in and out of the interface.

The beauty of Aeternum Hives is that you can quickly view and manage all apps without the need for folders. It’s all right there in front of your eyes, with all of your apps being just a tap away.

Aeternum Hives is still a work in progress, but as you can see from the video, there are already many options and settings to configure. We’ll be keeping a close eye on this tweak, and let you know when it lands on Cydia. In the meantime, please share your thoughts on this remixed version of Aeternum down in the comment section below.