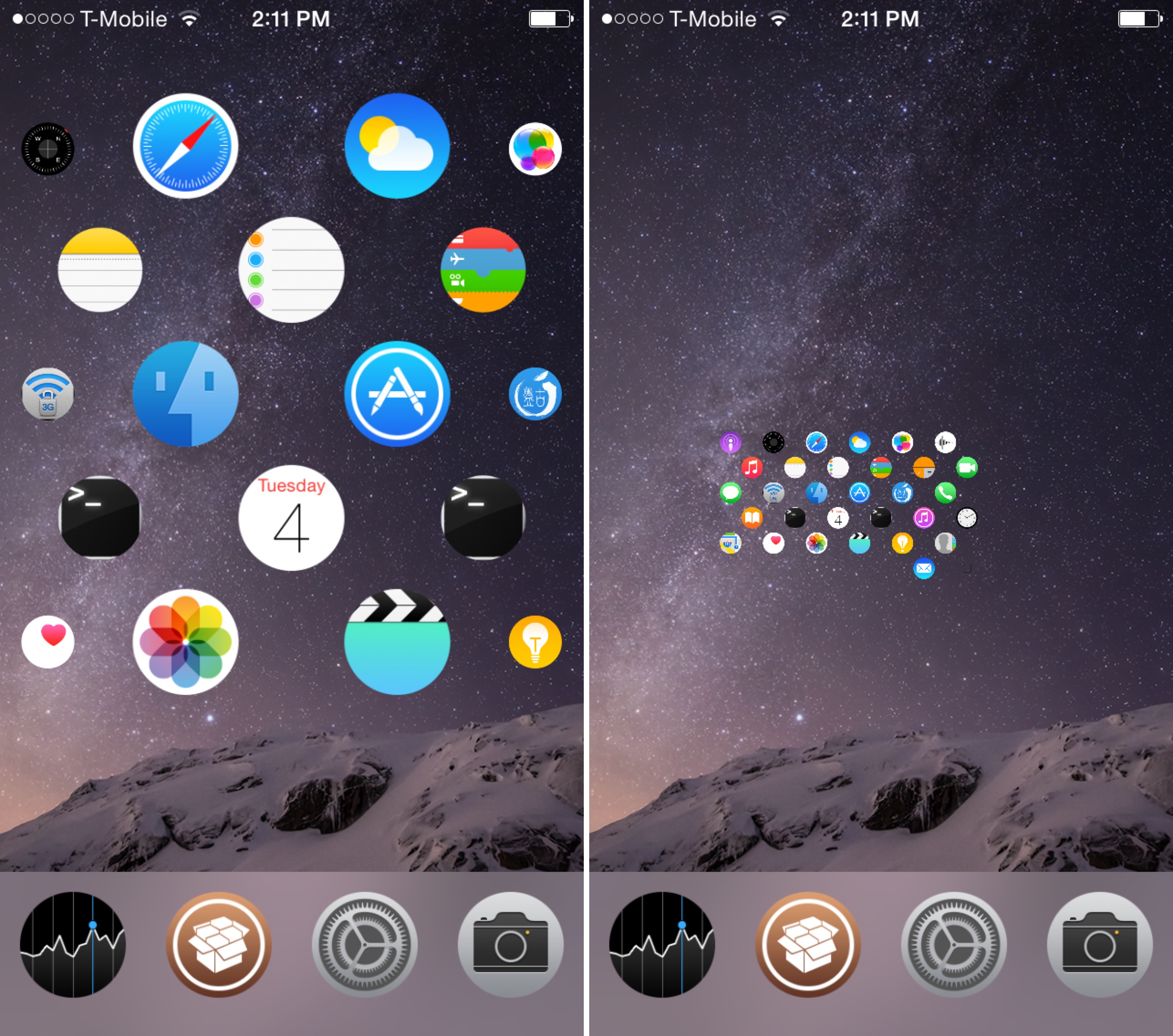 I just got my hands on the latest jailbreak tweak to take advantage of Lucas Mendes’ open source Apple Watch UI for the iPhone. It’s called Aeternum, which means eternity in latin, and it’s from the developer that brought us iRealSMS and iTouchSecure. In other words, it’s from a quality well-known developer.

I’ve tried a few tweaks that build upon Mendes’ code, but Aeternum is far and away the best looking and best functioning one thus far. Not only do you get the Apple Watch UI, but you get smooth animations, a dock, and the ability to rearrange app icons. It still has some ways to go, but it’s very promising. Have a look at our full video walkthrough after the jump.

There are several things that separate this version of the Apple Watch UI for iPhone from the others that we’ve seen. First, there’s the dock. You can easily disable or enable the dock from Aeternum’s preferences. Having a dock is a big deal to some, and Aeternum makes it happen.

Secondly, you can rearrange app icons. For me, this is the biggest and most impressive feature that Aeternum boasts. Rearranging apps works just as expected and it works well.

Lastly, and perhaps most importantly, launching apps is smooth and features smooth in and out animations. Since we launch and close apps constantly on iOS, this is a huge deal to me, and again, Aeternum gets it right. 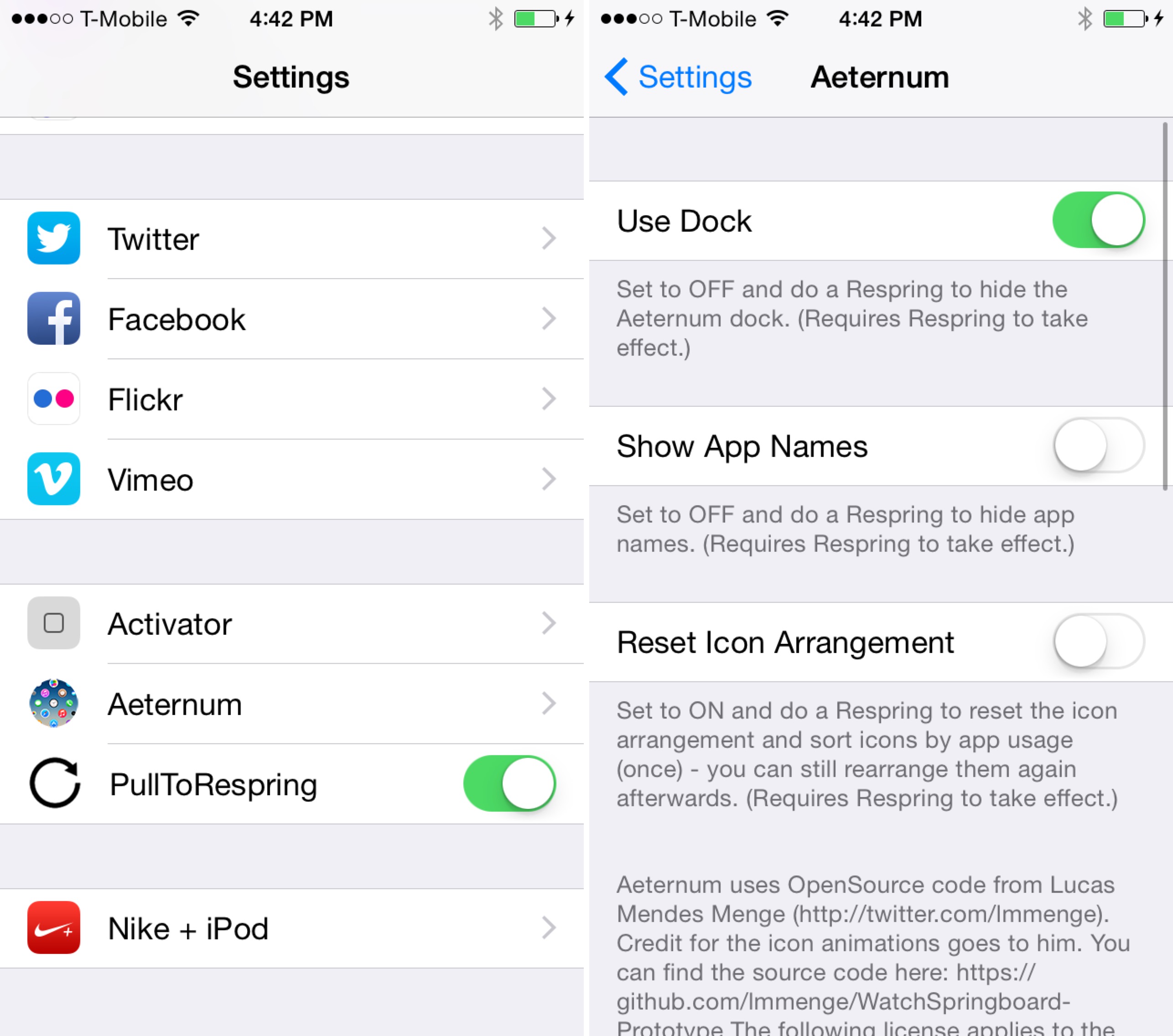 With all that said, it’s not all sugar and cookies thus far. The Spotlight search is still nowhere to be found, and traversing through a galaxy-like layout of icons takes some getting used to. Also, the movement when scrolling through lots of apps isn’t as buttery smooth as I’d like it to be.

Needless to say, Aeternum still needs work, but that’s why it’s in testing mode right now. It’s still a highly impressive effort, and it looks like it’ll be the first viable SpringBoard replacement once all of the pieces have been precisely fit together. Very good start thus far.

What do you think about Aeternum? Would you consider using it as a bonafide SpringBoard replacement?