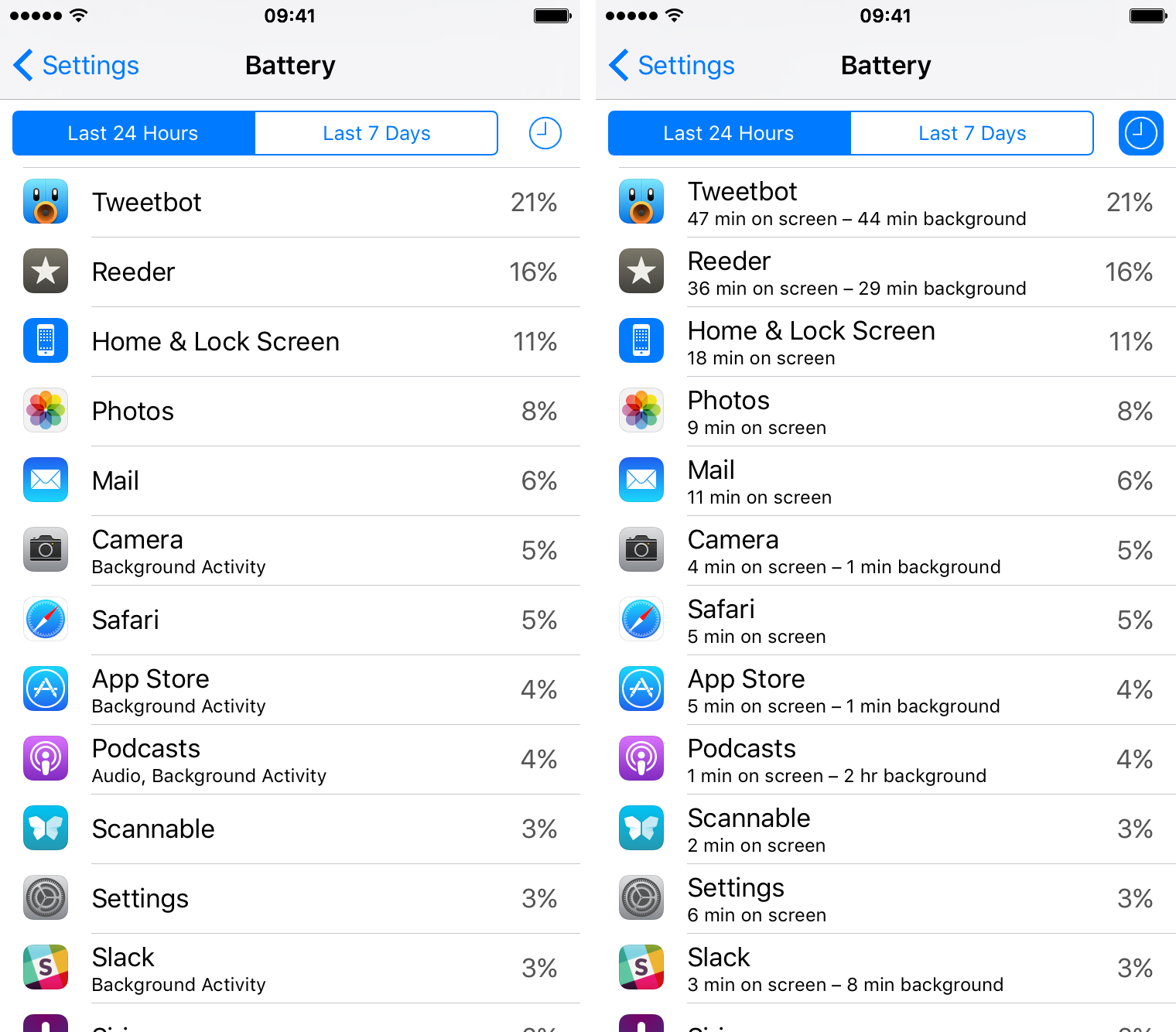 Battery usage is always a hot topic among smartphone owners, and although I try not to think too much about it, there are times where I’m just curious to find out what apps have been draining my battery the most. Apple makes this pretty easy to find out, and with the release of iOS 9, it’s even giving a little more details about how individual apps have been impacting your battery.

How to get more details about battery usage per apps

In iOS 9, the battery menu has been relocated to the main panel in the Settings app, making it a much more obvious location for anyone looking into battery information. So when you had to dive deep into the settings to access battery usage data before iOS 9, you can now get the same information by going to Settings > Battery. It’s safe to assume that the addition of Low Power Mode to iOS 9 motivated this decision.

In the past, Apple would just display the percentage of battery used per application as well as indication of background activity, if any. Now, you have the possibility to get more details about each app usage by tapping the small clock icon, which will show how long the app has been used both actively, and in the background.

Despite its informational purpose, this new feature can actually be very useful for troubleshooting battery problems. Splitting up usage data makes it easier to not only identify the culprit, but also the conditions under which battery was used most. A useful feature indeed!

Also read: 12 ways to save battery life on iPhone 6s