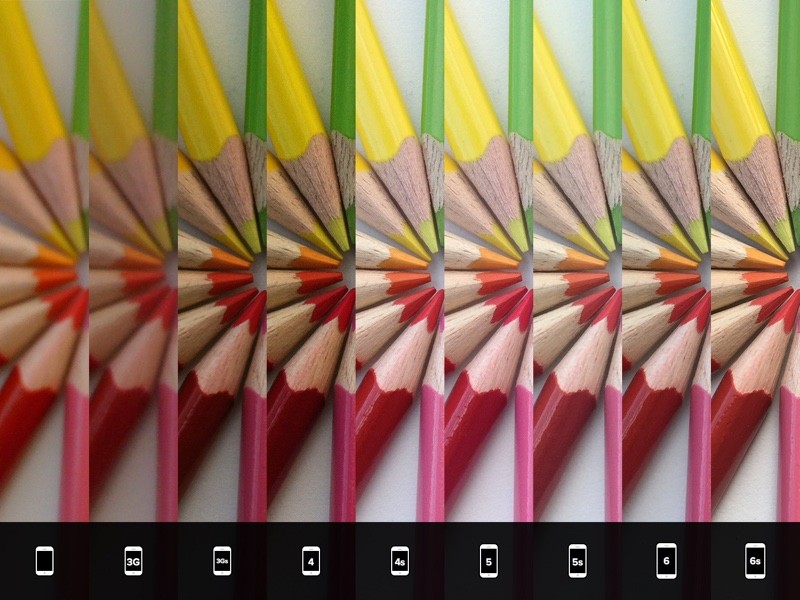 Photographer Lisa Bettany, co-founder of the popular iPhone app Camera+, on Monday posted a series of images comparing photos taken with the iPhone 6s with its predecessors. The comparison images feature identical shots taken with each of the 9 iPhone models (sans 5c).

The image you see above shows macro photos taken of colored pencils against a white backdrop. You start to notice more details with the iPhone 3GS, and furthermore with the 4s. After that it becomes harder to discern differences, but the iPhone 6s photo clearly looks the best. 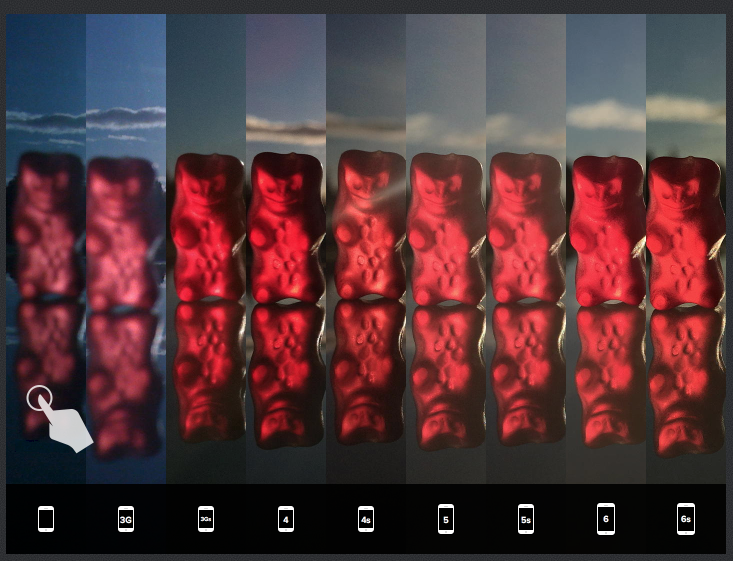 The iPhone 4 and 4s also hold up surprisingly well in this backlit macro shot of red gummy bears, but again the clear winner is the 6s. The photo taken with Apple’s latest handset is extremely well balanced, showing great color separation and sharp, accurate details on the tiny bear.

Finally, let’s take a look at this low-light shot of old coins. Admittedly, it’s harder to judge the iPhone 6 and 6s here. The 6 is actually brighter, but the 6s appears to show less noise and more detail. Note that there have been reports of low-light issues with the iPhone 6s and Live Photos. 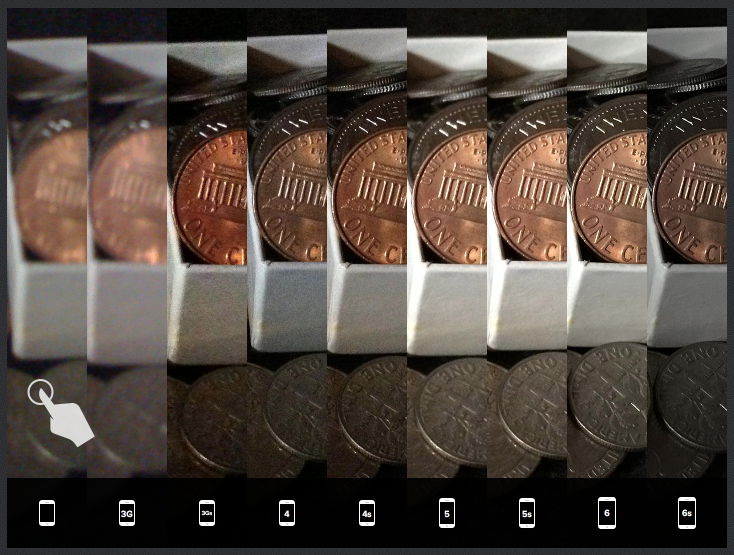 The entire gallery is worth taking a look at, which you can do here. It’s interactive, so you can enlarge each individual photo, and Bettany offers up a number of smart observations. If nothing else, it’s interesting to see how the iPhone’s (rear) camera has evolved over the last decade.

The iPhone 6s features a 12-megapixel iSight camera—a 50% increase over the iPhone 6—and a number of other improvements such as enhanced auto-focus and “Deep trench isolation” tech. The FaceTime camera also received a megapixel boost this year, as well as a simulated flash.