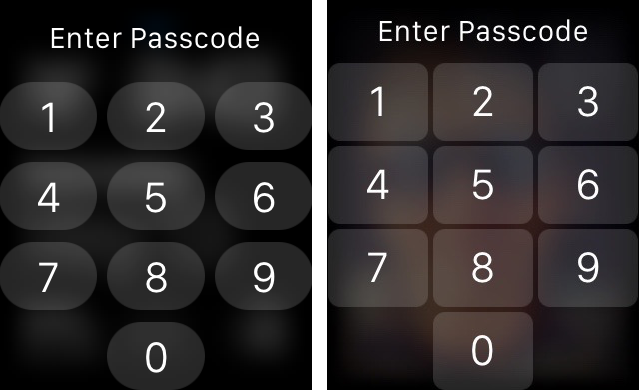 Apple yesterday unleashed the free watchOS 2 software update for the Apple Watch and with it came tons of improvements, most of which our writers will be explaining in detail here on iDownloadBlog in the coming days and weeks,

One of the little things that I think many Apple Watch wearers will greet with a resounding ‘at last!’  is a redesigned keypad for entering your passcode. Here’s what it looks like and why it’s better than the old Apple Watch keypad from a user experience standpoint.

Pictured top of post: the old keypad, at left, and the new one, at right.

Both keypads have been screenshoted on a 42mm Apple Watch model. As you can clearly see for yourself, the previous keypad with its circular keys used to be somewhat clumsy to operate, especially if you’re sausage-fingered.

The slightly redesigned keypad in watchOS 2 not only features bigger but rectangular keys, too, making it a lot easier to punch in a passcode to unlock your Apple Watch, do a quick calculation in third-party apps like CalcBot or PCalc and more. 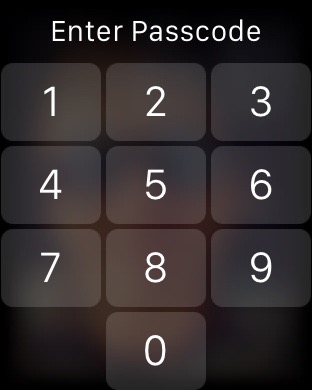 I can definitely confess to being able type on the new keypad with greater precision than before. The old keypad made it tough not to miss keys or press the wrong ones due to their round appearance.

The rounded key design didn’t make much sense on the Apple Watch’s tiny (and rectangular, not rounded!) screen so I’m certainly glad that Apple’s user interface teams have decided to do something about it.

Which Apple Watch keypad do you prefer better, the old or the new one?