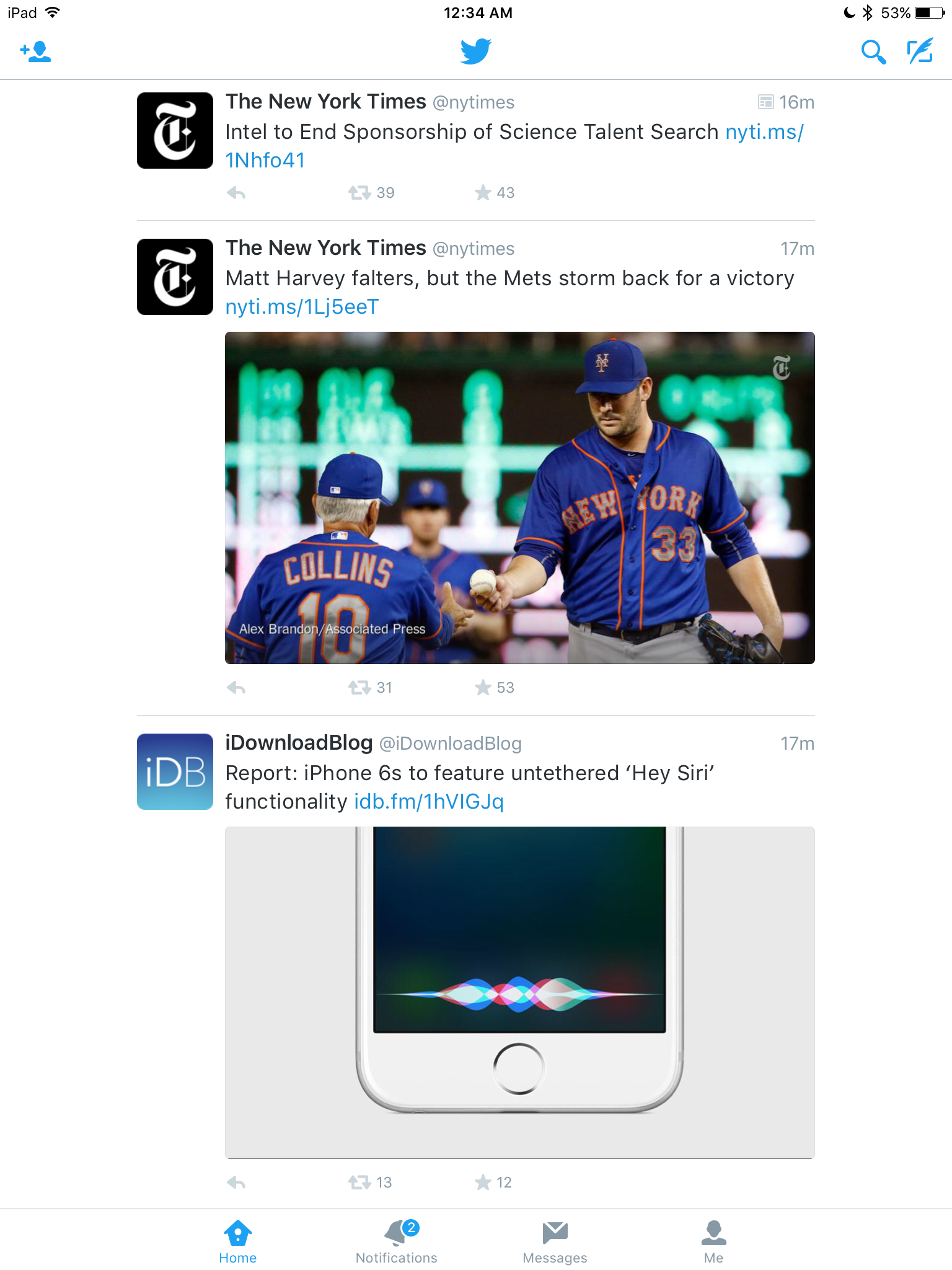 It’s been a long time coming, but Twitter for iPad is no longer the outdated red-headed-stepchild that it once was. This evening, Twitter pushed an update to the official Twitter app, along with a blog post entitled: Building a more unified Twitter for iOS.

In the blog post, the folks at Twitter explain the design philosophy behind the new iPad app. “Starting today,” the post explains, “iPad users will be able to create and see revamped quote Tweets, explore trending topics in search, visit product and place pages, and more.”

This is accomplished by making Twitter a universal app, and incorporating adaptive UI, a methodology inspired by Apple’s Auto Layout system, which allows for a responsive design that lets apps adapt to the size of the current device. 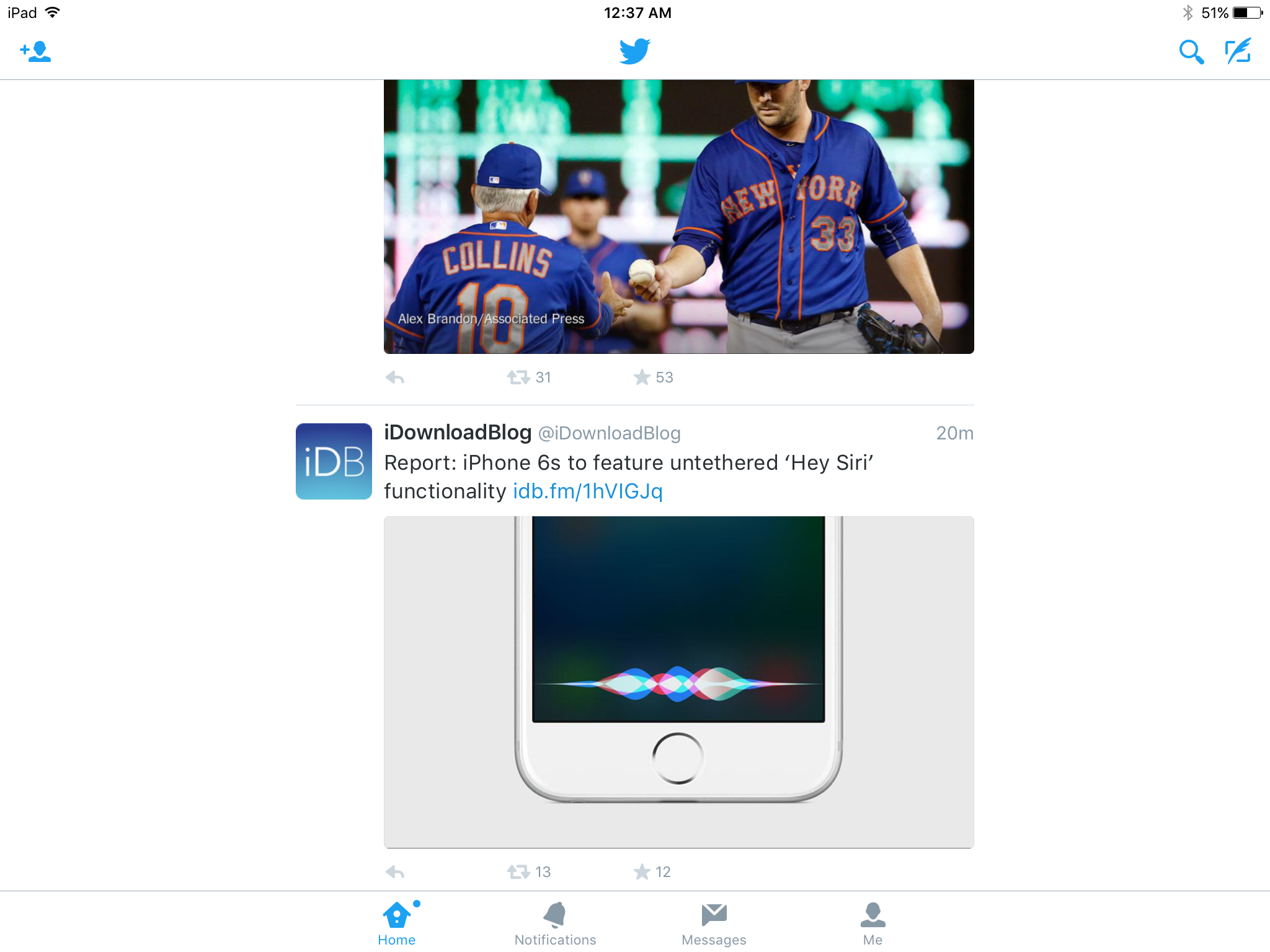 Here are the key characteristics that Twitter says it’s looking for with regard to adaptive UI:

The result is a more cohesive look that can adapt to any size of device, whether it be a phone, a phablet, or a tablet. Not only will this allow the iPad app to always stay up to date, but it means that new features, like Apple’s side-by-side multitasking efforts in iOS 9, will be able to be supported with almost no code changes on Twitter’s end.

While the iPad app still has lots of blank white space, the adaptive UI does bring in noticeable changes to its look and feel. Most importantly, it’s not so hard to transition between the iPad app and the iPhone app, because they’re now almost exactly the same.

How do you feel about Twitter’s new app strategy? Personally speaking, I love it.